Bradford City are the guests at the Globe Arena this Saturday afternoon as the Shrimps search for their first home victory of the SkyBet League Two campaign.

Gary Bowyer's side travel to the Globe off the back of a 2-1 home victory over Swindon Town and will be hoping to record their third away win of the season.

The visitors will be boosted by the return of top goalscorer James Vaughan who missed out at the weekend due to suspension after receiving his fifth booking of the season in the 1-1 away draw with Scunthorpe United. The former Everton forward has three league goals to his name this season.

Former Morecambe favourite Jamie Devitt, who joined Bradford on loan from Blackpool in August, will miss out with a long-term hamstring injury.

Bradford sit 6th in the SkyBet League Two table with 21 points, 14 ahead of the Shrimps who sit 23rd after only one win in 12 league games. The Bantams have scored 17 league goals so far this season, recording an average of 14 shots per game. 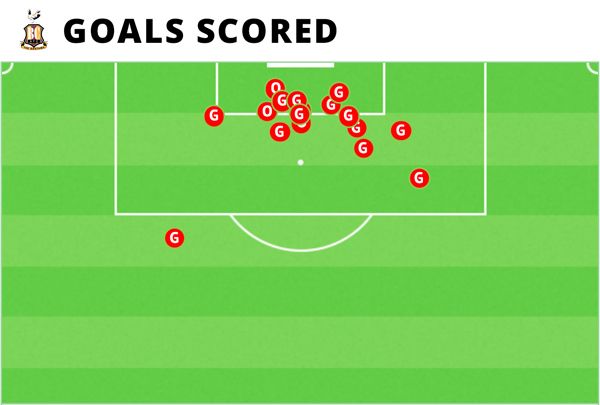 Jim Bentley will be looking to build on his side's last home outing, where the Shrimps came from 2-0 down at half-time to draw 2-2 with Northampton Town. The Shrimps looked on course to back up that performance when they took a first half lead away at Vale Park at the weekend but after going down to 10 men, Morecambe were picked off in the second half by Port Vale who remain unbeaten at home.

Bradford have sold out their allocated tickets and Bantams' fans are advised not to travel if they don't have a ticket. With 1750 tickets sold, Morecambe Football Club would like to reiterate that there will be no away tickets available for purchase on the day.

Tickets are available from the Morecambe FC Club Shop up to 7pm Friday, and Saturday from 10pm - 12pm. The Ticket Office will be open from 12 noon on Saturday.

Online sales are available up to kick off with the £2 price increase coming into effect at midnight on Friday 11th, tickets can be collected from the Ticket Office on the day.