Take a look at the match day activities that will be taking place at the Globe Arena prior to kick-off with Morecambe facing Salford City this weekend.

This Saturday at the Globe Arena for the Sky Bet league two clash between Morecambe and newly promoted Salford City, there will again be some pre- match entertainment around the ground both before kick-off and during half time for supporters to get involved in.

Morecambe FC Community Sports will have their "Shoot for Goal" inflatable positioned outside JB's Bar at the front of the ground from 1pm until around 2:30/35pm. Here supporters aged 16 and under have three shots to try and score as many points as possible through the different holes, with plenty of prizes up for grabs for those that take part.

Everyone that manages to score points goes on the "Shoot for Goal" leaderboard, and the top eight scorers on the day get the great opportunity to take part in a half-time penalty shootout competition on the pitch in front of the home fans.

The "Shoot for Goal" runs for every Morecambe weekend home match throughout the 2019-20 season and after every game the leaderboard of scorers goes up on Morecambe FC Community Sports' social media accounts to show how everyone got on.

Also at the game as part of the pre-match activities will be local entertainer Trevor Cooke, Trevor will be positioned at the front of the Globe Arena from 1pm onwards and will be on hand to welcome and chat to supporters, entertain and play games with fans and also play music and commentate on the "Shoot for Goal" contestents.

Trevor will also be there at half-time of the match to commentate on the penalty shootout competition with the contestents and involving the fans to get behind those taking part. 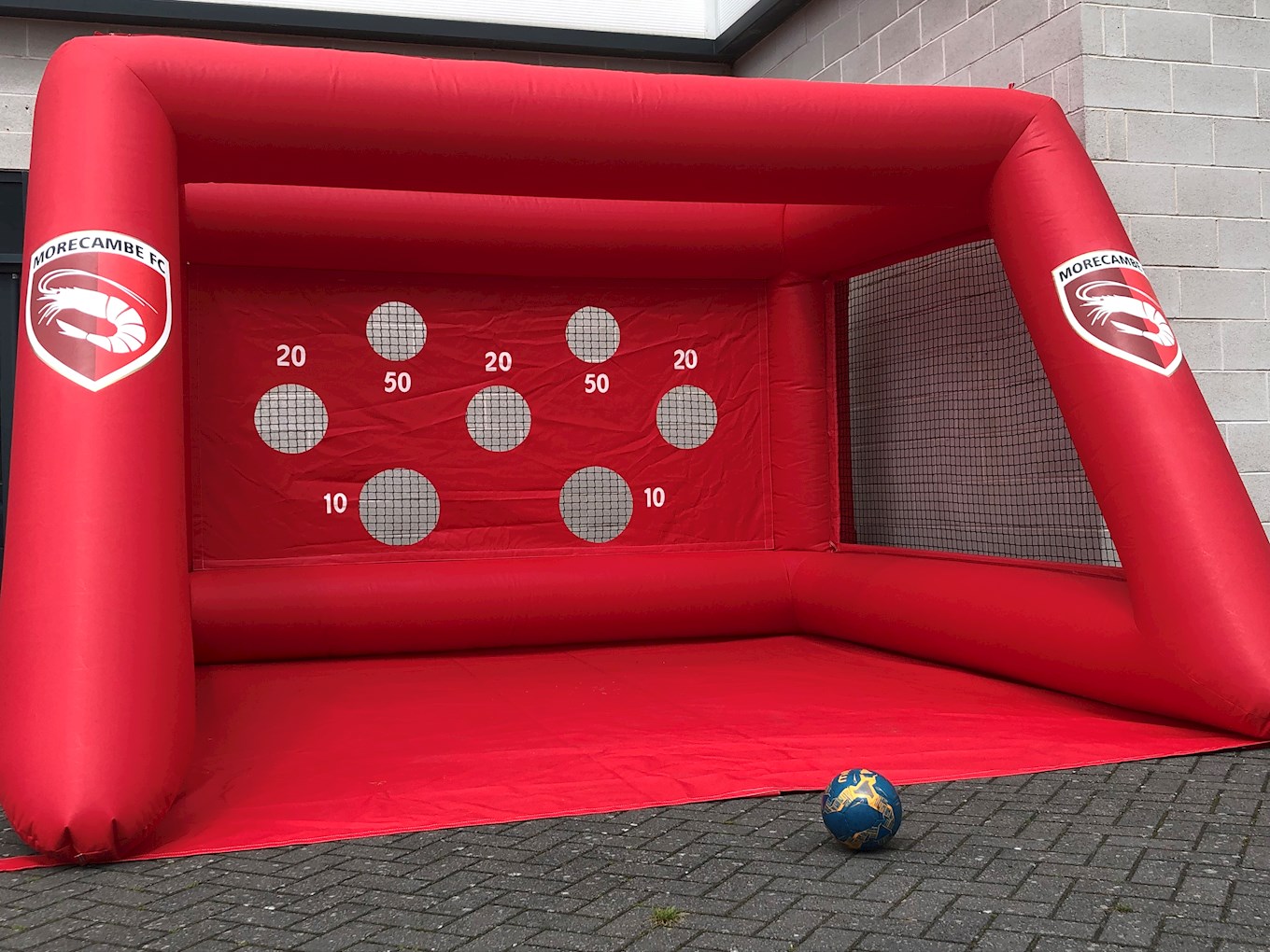 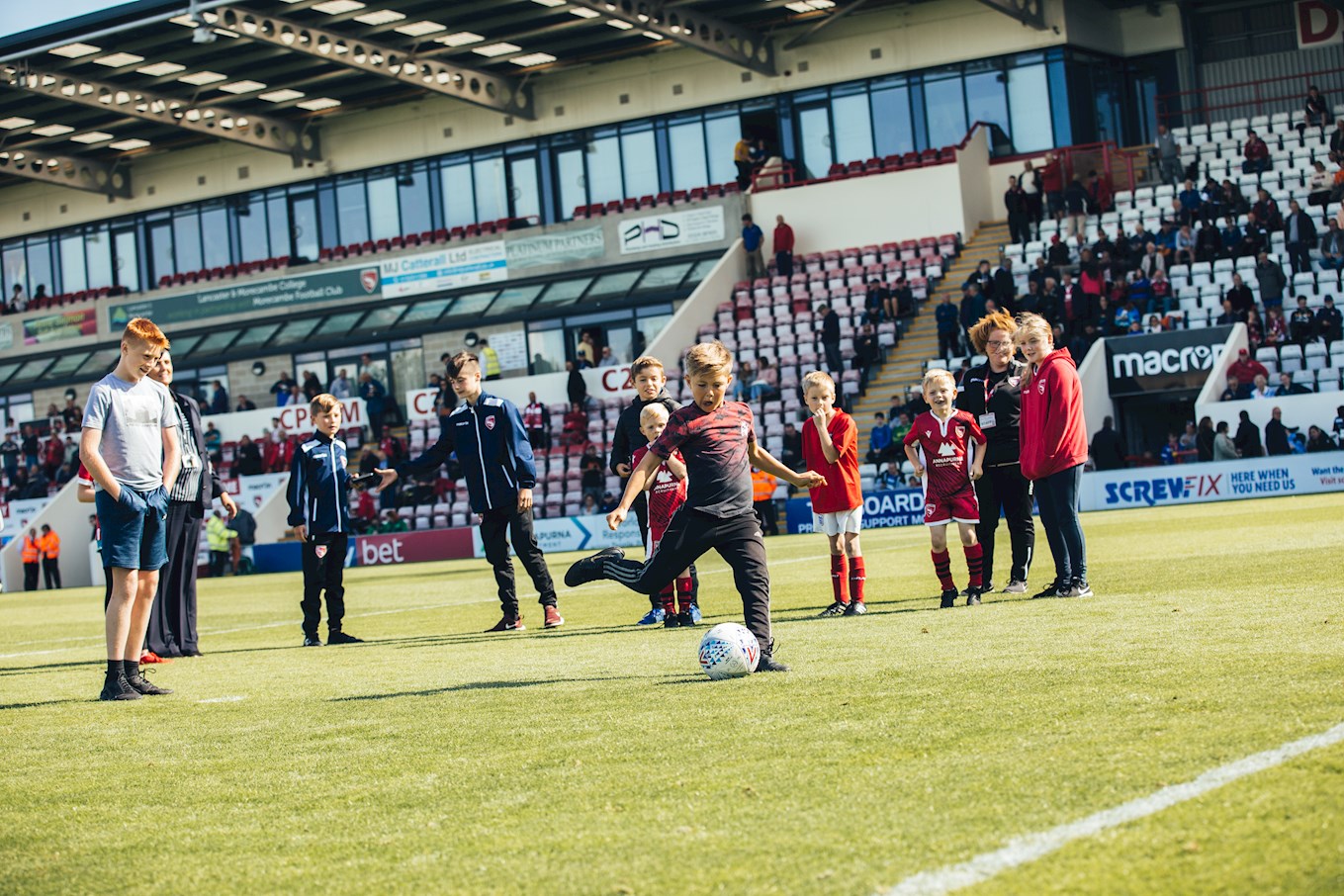 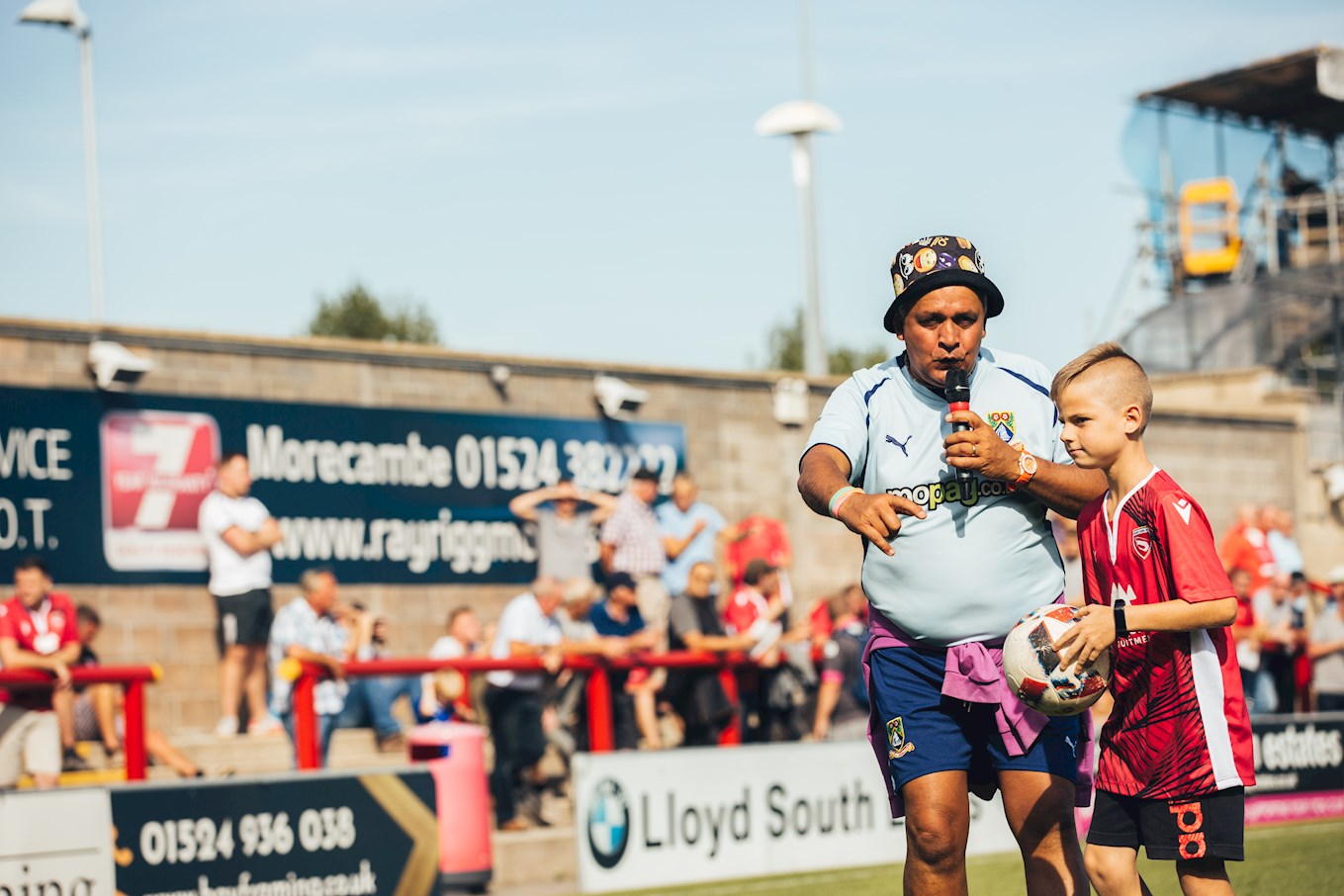 Order of the Day

13:00- 14:30/35pm "Shoot for Goal" taking place outside JB's Bar for both home and away supporters aged 16 and under to take part with the opportunity to win prizes and take part in a penalty shootout competition on the pitch at half-time.

13:00- 14:45pm Entertainer Trevor Cooke will be outside the front of the ground playing music, greeting and socialising with supporters, playing games with fans and commentating over the "Shoot for Goal" activity.

15:45- 16:00pm The top eight scorers on the "Shoot for Goal" will take part in the half-time penalty shootout competition in front of the home standing area on the pitch.