MORECAMBE have added defender Christian Mbulu to their squad.

The former Millwall and Motherwell defender, who was recently released by Crewe, has joined on a deal initially until the end of the season.

The athletic 6’3" central defender made seven appearances for Crewe after joining back in November, including SkyBet League Two fixture against Morecambe on 23rd November.

The 23-year-old spent three years with Millwall as a regular in their Under 23 side, having joined them from non-league Brentwood Town where he made 82 senior appearances as a 17/18-year-old.

Following his release he joined Motherwell, where despite an impressive start having broken into the side, suffered a detached retina and torn hamstring tendon in quick succession, cutting his season short.

This limited him to just nine appearances, but still earned several accolades as he was named IRN-BRU Cup ‘Player of the Third Round’ and in the IRN-BRU Cup ‘Team of the Tournament’, as well as inclusion in the SPFL ‘Team of the Week’. 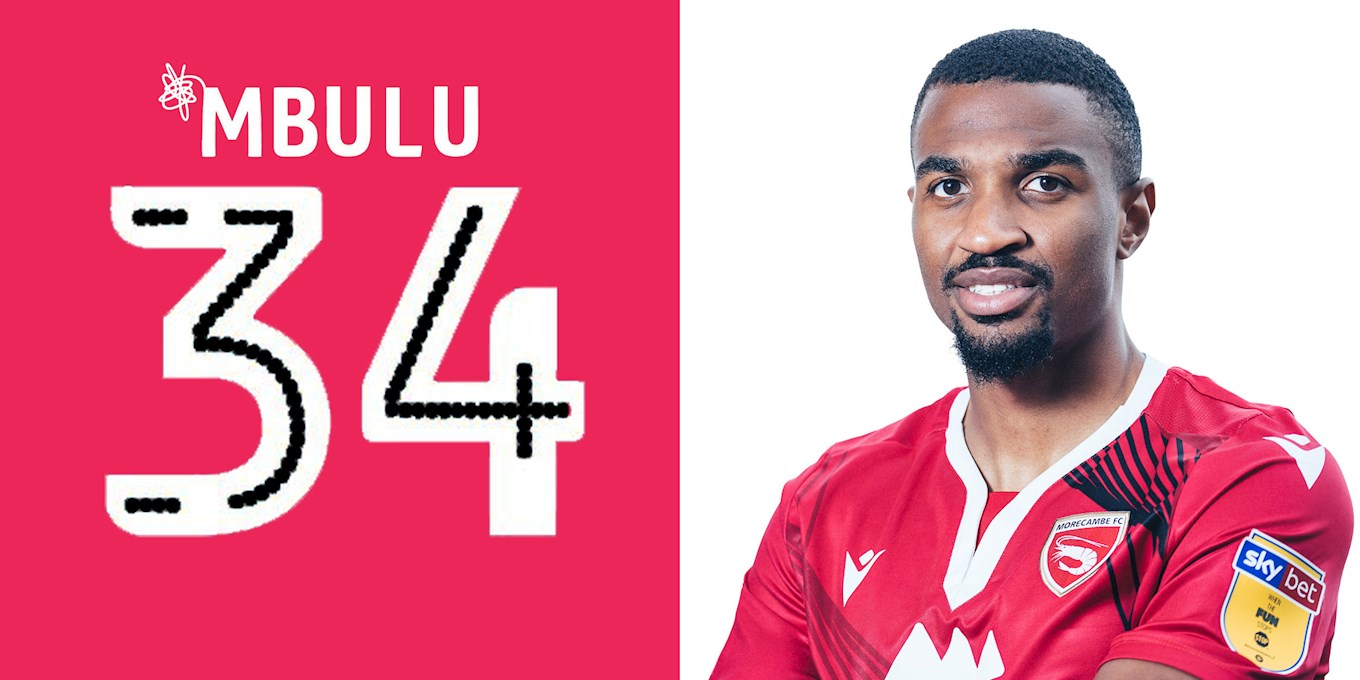 On signing for the Shrimps he said: "I'm delighted to get it over the line, for me now it's just about getting in the team and getting some game time.

"Really the side has been on the up recently, getting some decent results and hopefully we can push on and get up the table.

"I only live down the road, which makes it easy to concentrate on football. I can stay behind and do extra when I need to with no problems at all.

"Crewe were doing well but the main thing for a player is to play so when you're not playing all the time it's frustrating.

"I didn't get the game time I wanted and the Gaffer here was willing to offer me that so it's a good move for me."