MORECAMBE went down a third defeat in four games after a nightmare start to the game saw Carlisle two goals ahead with just there minutes on the clock.

The home side were ahead after just 29 seconds when former Shrimps’ striker Lewis Alessandra found Josh Kayode and his cross was put into his own net by the unfortunate Yann Songo’o.
Seconds later it was 2-0 as the home side as he Shrimps’ luck went against them again. Jon Mellish volleyed in a cross from the right and looked as surprised as everyone else when the ball found its way into the top right-hand corner of Jake Turner’s goal.
The Shrimps were shell shocked and Carlisle created two great opportunities to add to their lead in their next two foray forwards. After more good work from midfield, Kayode broke through but Turner did well to make a block.
Seconds later Alessandra was through one on one but Turner dived full length to take the ball from his toe just as he shaped to finish it off.
After a poor start the Shrimps began to find their feet and enjoy some possession but all too often their final ball wasn't there and it was Carlisle who looked the more likely to score again with Alessandra seeing a shot on the turn well tipped over by Turner
The Shrimps did produce one great chance however in injury time when Aaron Wildig’s free-kick found Sam Lavelle but the defender headed weakly wide from close range.
Carlisle started the second half brightly with ex Morecambe defender George Tanner forcing Turner into a neat save with a low shot from the edge of the box and Gime Toure clipping an effort over from inside the box.
The home side almost added another fluke on 68 minutes when Nathaniel Knight-Percival deflected an Alessandra shot inches wide with Turner wrong-footed before Shrimps’ sub Adam Phillips produced his side’s best chance of the half with a mazy run into the box that ended with a fine save from Paul Farman.
Morecambe finally found the target in the 79th minute when Songo’o headed home an inswinging Wildig corner to bring them back into the game and potentially cause Carlisle some nervous moments.
.
But that hope was soon dashed when Carlisle added a third in 87th minute. Tanner was allowed to run to the edge of the Shrimps’ box before beating Turner with a fine finish from the edge of the box.
Carlisle: Farman, Tanner Hayden, McDonald, Anderton, Riley (rep Furman 87), Mellish, Guy, Kayode, Toure (rep Reilly 74), Alessandra (rep Obiero 88). Subs not used: Dewhurst, Devine. Hunt, Bell.
Morecambe: Turner, Mellor, Lavelle, Knight-Percival, Hendrie, Songo’o, Diagouraga (rep McAlinden 85), O’Sullivan (rep Price 79), Wildig, Mendes-Gomes (rep Phillips 60), Slew. Subs not used; Halstead, Kenyon Cooney, Pringle.
Ref; R Joyce. 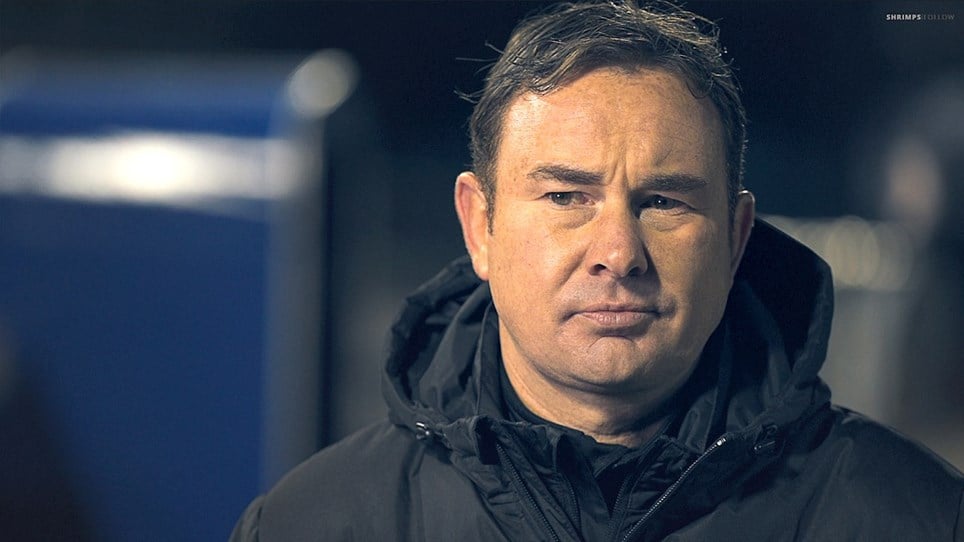 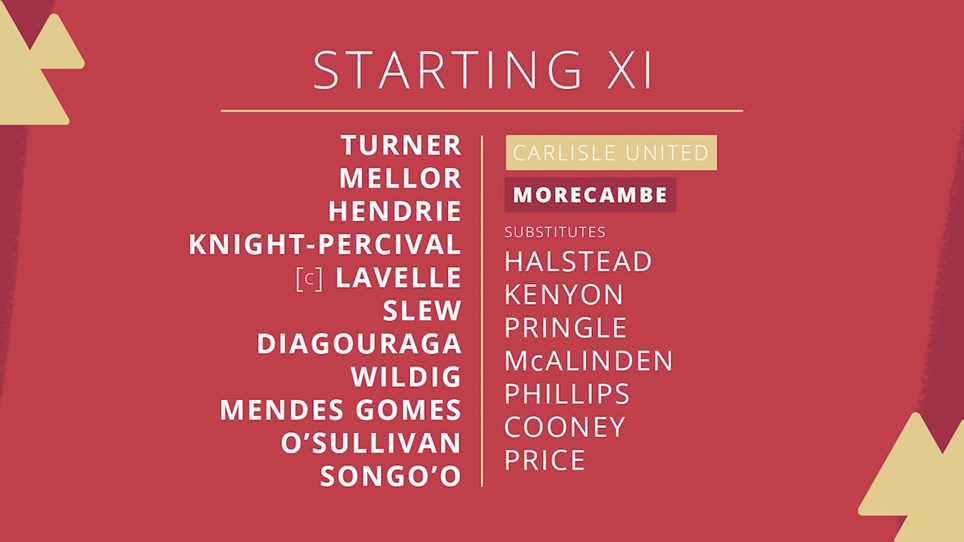 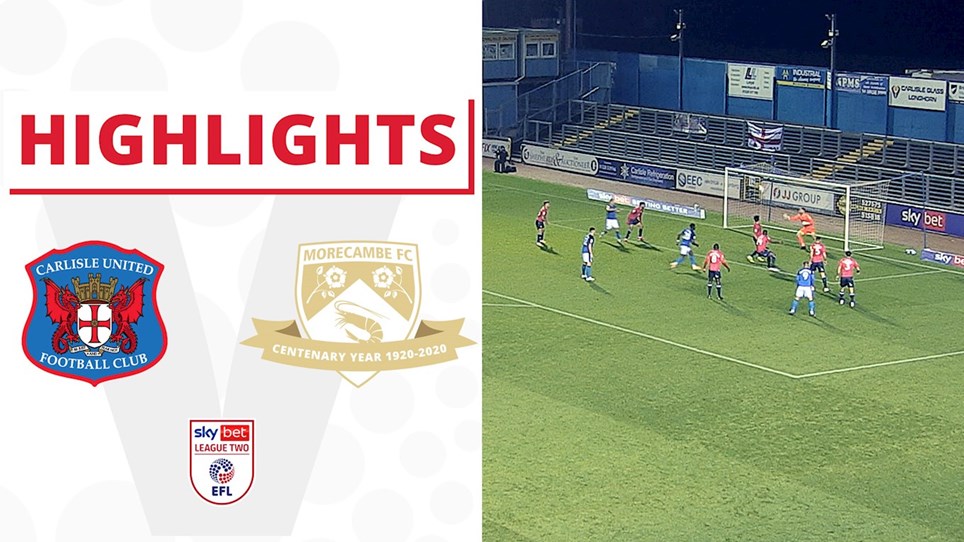 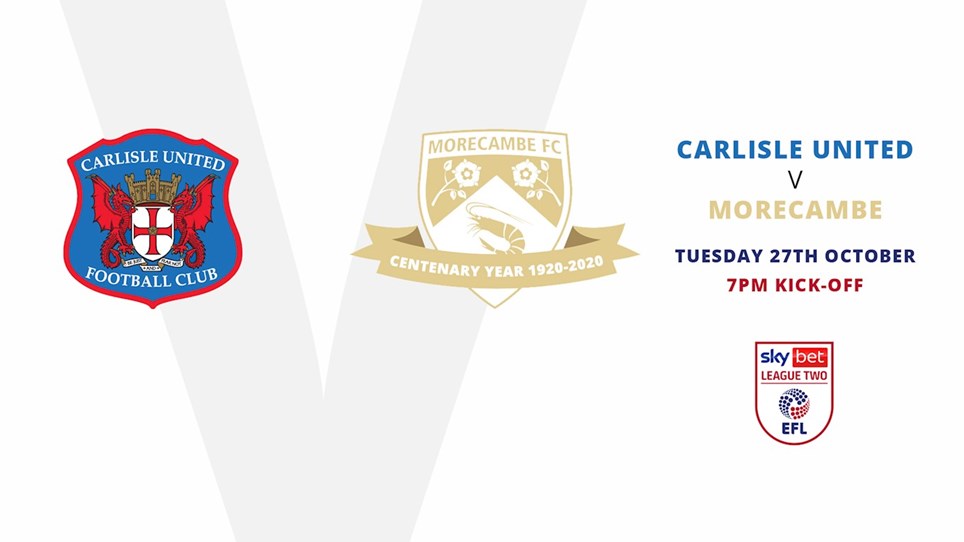 
Match Passes for the Shrimps' Sky Bet League Two fixture versus Carlisle United at Brunton Park are available for £10. 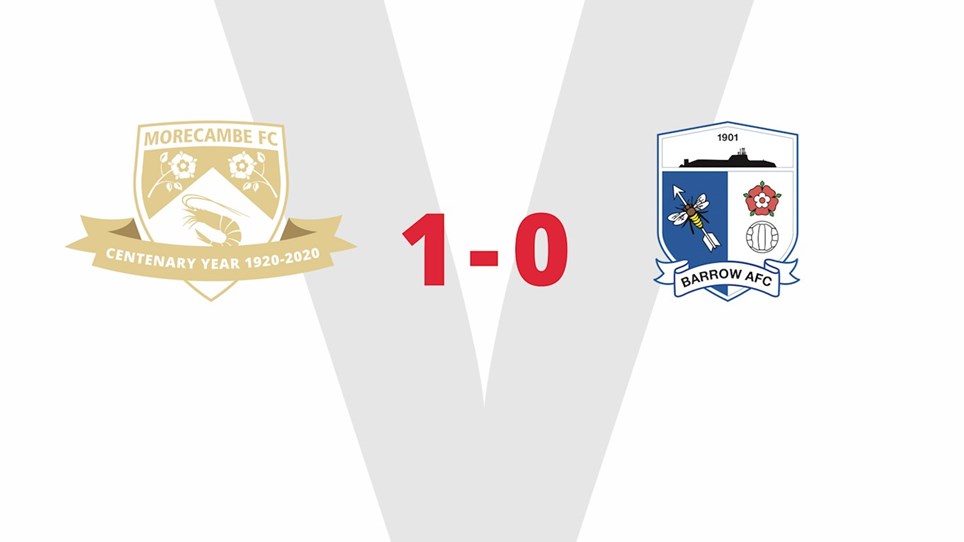 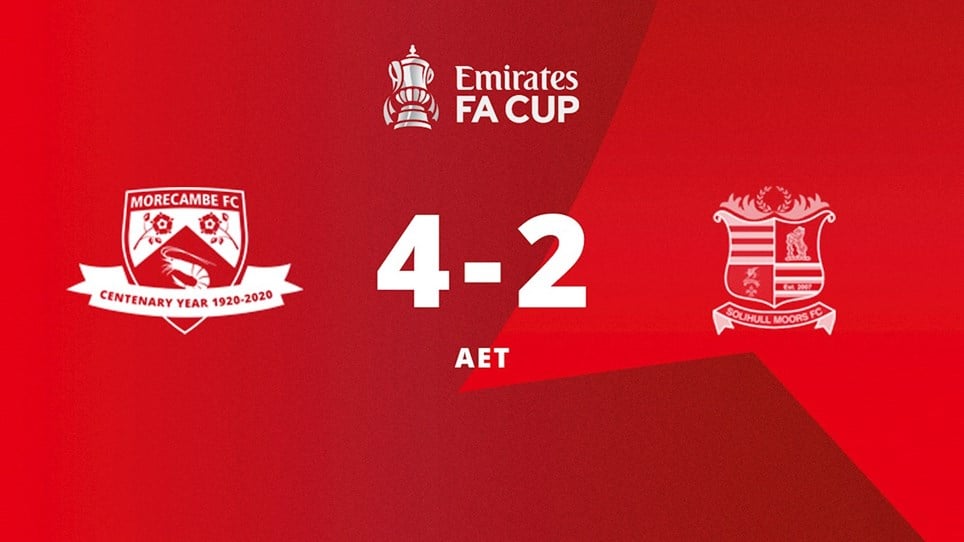 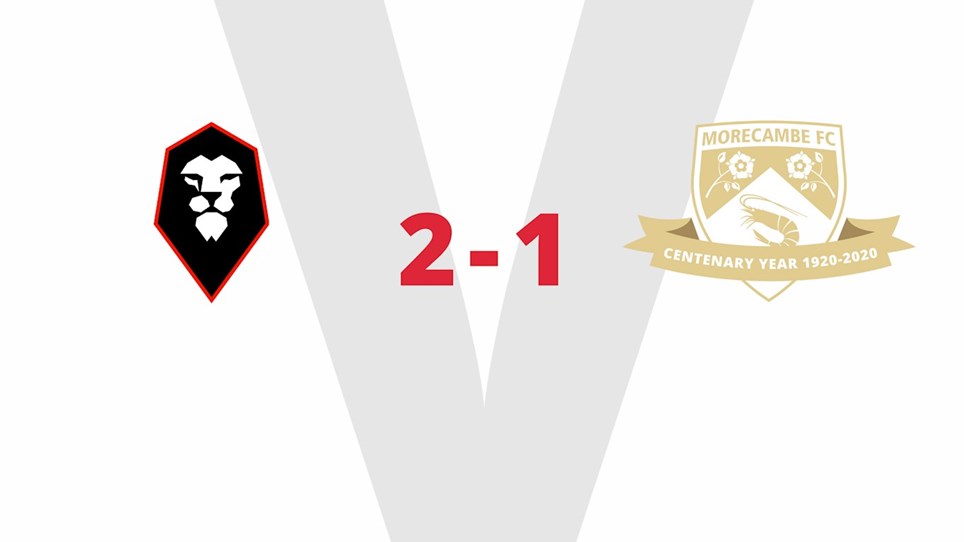 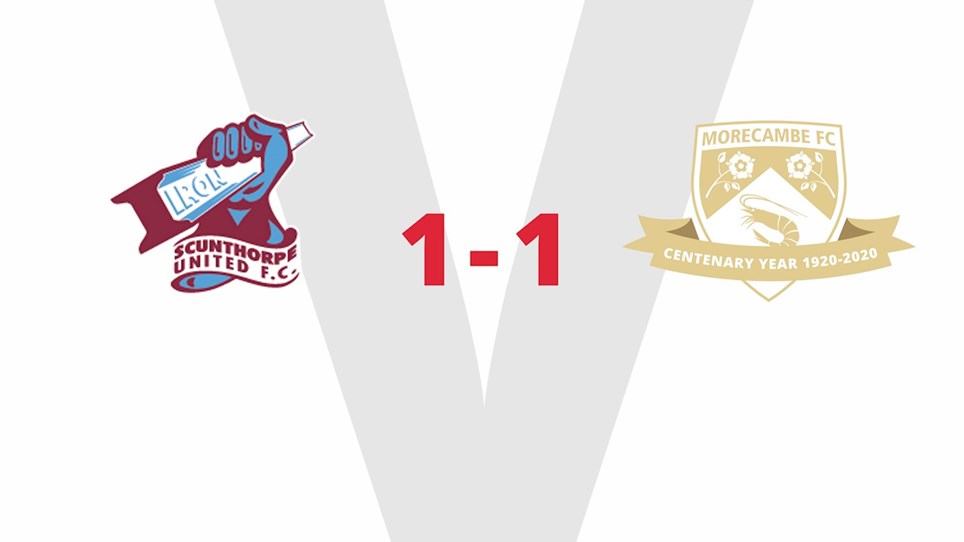