Aaron Wildig says marking 200 appearances for the Shrimps is a proud moment and is enjoying his time at the club.

The 28-year-old signed for the Shrimps in the summer of 2015 after an initial loan spell from Shrewsbury Town during the closing months of the previous season.

"I felt it was a place where I could enjoy my football," said Wildig.

"I'd had a tough year at Shrewsbury so I felt like it was important at the time to get back to enjoying things.

"I've always felt quite settled here but I can't say I expected to stay for as long as I have.

"It's rare nowadays in football for players to play that many games for a club, especially at this level.

"I think Morecambe is a really good club, there are really good people working around the place and I think that's been a big factor in how much I've enjoyed my time here.

"I've had some tough spells, I've had periods where I've either not been playing or I've been playing but not performing as well as I would like. 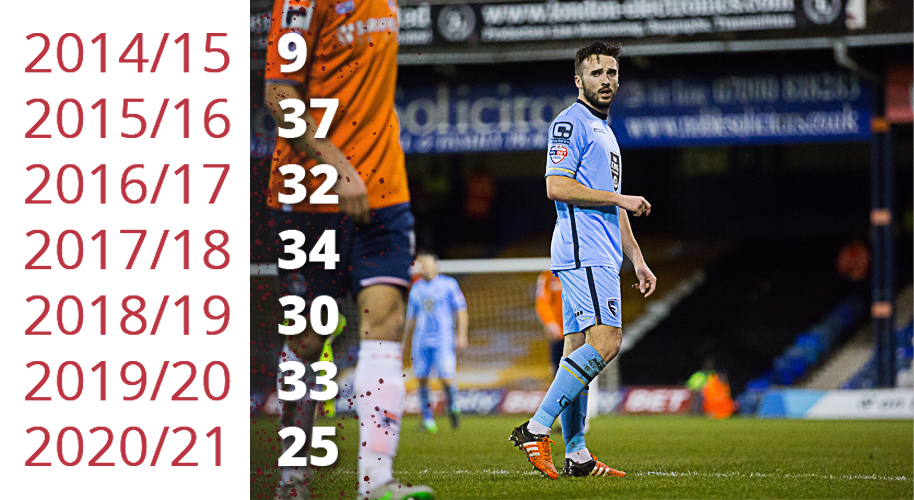 "Throughout those 200 games I'm sure everyone would agree there has been some bad ones, but overall I'm really happy to have spent the last five or six years here.

"I'm settled in the area, myself and the girlfriend have just had our first child and I'm happy here.

"Right now we have that belief within the squad, we have 20 players and I don't think it matters who plays, we believe we can win every week regardless."

Wildig returned to the side for the Shrimps' 2-2 draw at The Lamex Stadium on Saturday to mark his 200th appearance for the club.

Reflecting on the game, Wildig added: "I think first-half we were very good, the goal we conceded was just a bit of a fluke. I thought we looked a threat throughout, I've had a chance, Toums has had a header and then obviously got his goal.

"We got our noses ahead and at half time it felt like the game was going to follow a similar pattern where we would keep on turning over the ball and breaking on them, but it didn't work out for us in the second-half.

"In the end we take the point and move onto the next one."