Morecambe suffered defeat after going down 2-1 to Bradford at the Utilita Energy Stadium.

A controversial goal just after the hour from Charles Vernam gave the home side the points with the Shrimps unhappy that Gareth Evans wasn’t ruled offside when he stood in the eye line of Kyle Letheren as the ball curled into the net.

The game swung from end to end in the opening stages with both sides missing early chances.

The first chance fell for Bradford striker Vernam who was found in the box on four minutes but drilled an effort wide of the right hand post.

Three minutes later Morecambe created their first opening when Cole Stockton fired in a low cross from the right which Carlos Mendes Gomes diverted well wide of the target from just three yards.

The Shrimps were not to be denied for long however and took the lead after just eight minutes. John O’Sullivan produced a dangerous cross from the right that curled over Bantams’ keeper Sam Hornby and into the top corner of the home goal.

Bradford hit back with the busy Vernam firing an effort over before the home side levelled on 27 minutes with a neat goal. The Bantams forged an opening down the right with Anthony O’Connor getting in a final shot that neat Letheren.

Morecambe maintained the impetus after the break but wasted two excellent chances.

Kelvin Mellor failed to find the target when found free in the box and Mendes Gomes failed to beat Hornby after being played through on goal by O’Sullivan.

Bradford did find the target just after the hour with a hotly contested winner. Vernam curled in an effort from the right hand side that beat everyone, including striker Evans who looked offside.

The home side should have added to their lead on 73 minutes when Vernam headed over Danny Rowe’s excellent cross from six yards out and Niall Canavan went close to turning in Paudie O’Connor’s header from a right wing corner.

The Shrimps controlled the possession in the final stages and bombarded the Bradford goal. They had a good shout for a penalty waved away after a handball win the box before substitute Brad Lyons volleyed just over in injury time. 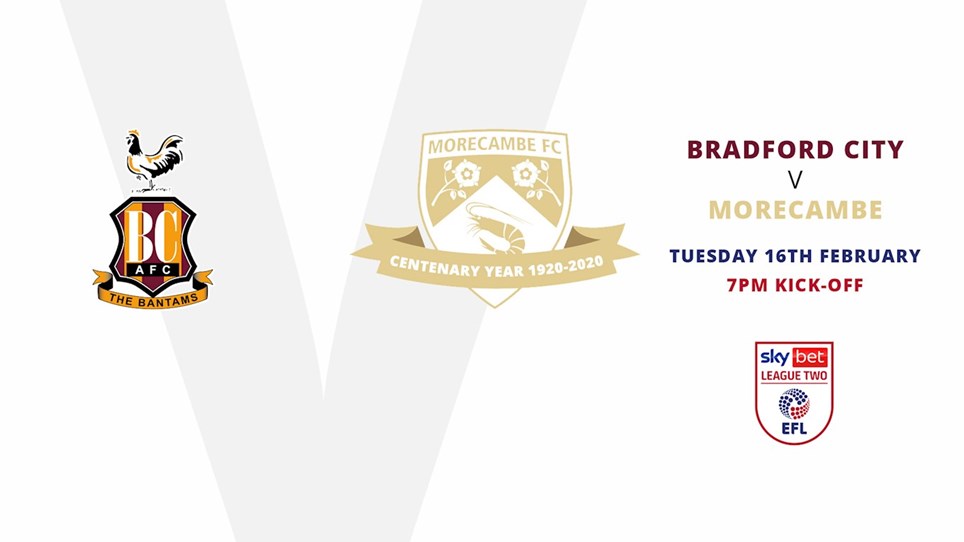 
The Shrimps travel to the Utility Energy Stadium this Tuesday to face Bradford City in Sky Bet League Two. 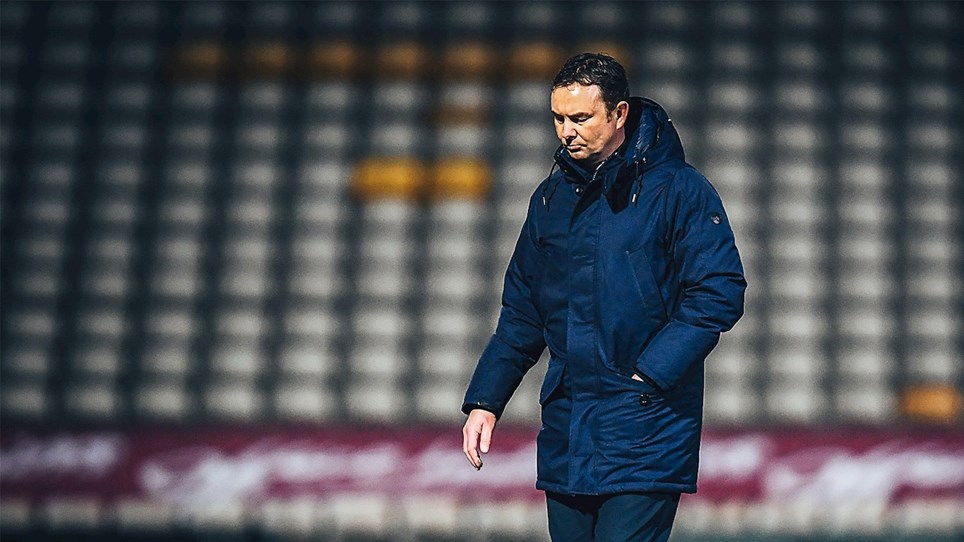 DEREK ADAMS | A Draw Would Have Been A Fair Result


Derek Adams says his side need to start taking more of the chances they are creating after their defeat at Bradford. 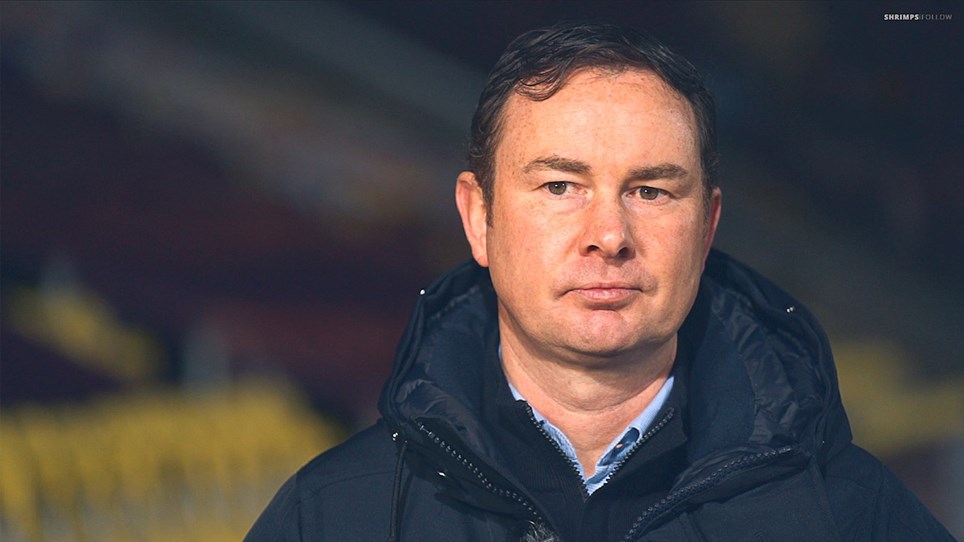 
Derek Adams reflects on his side's performance after the defeat at the Utilita Energy Stadium. 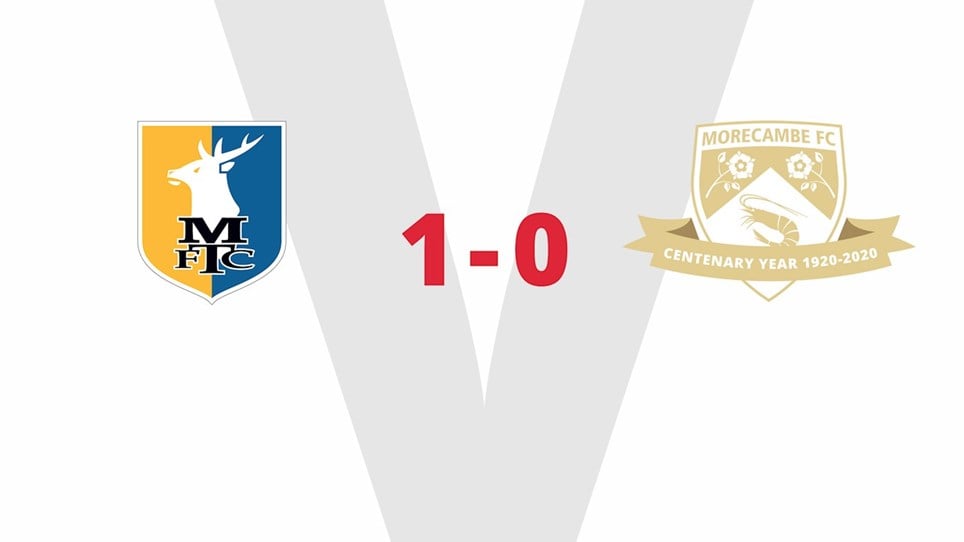 
A first-half goal from Jordan Bowery was enough to see the Shrimps fall to defeat at Mansfield. 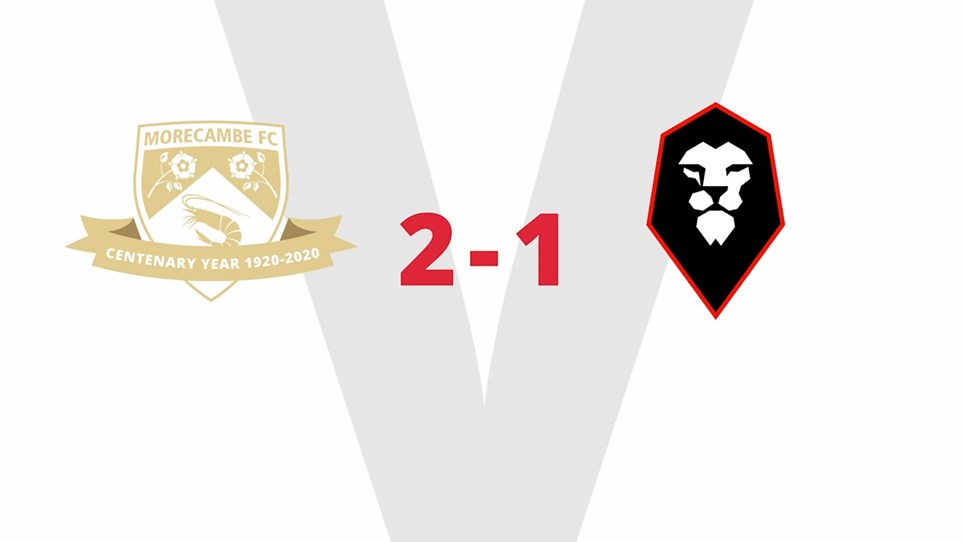 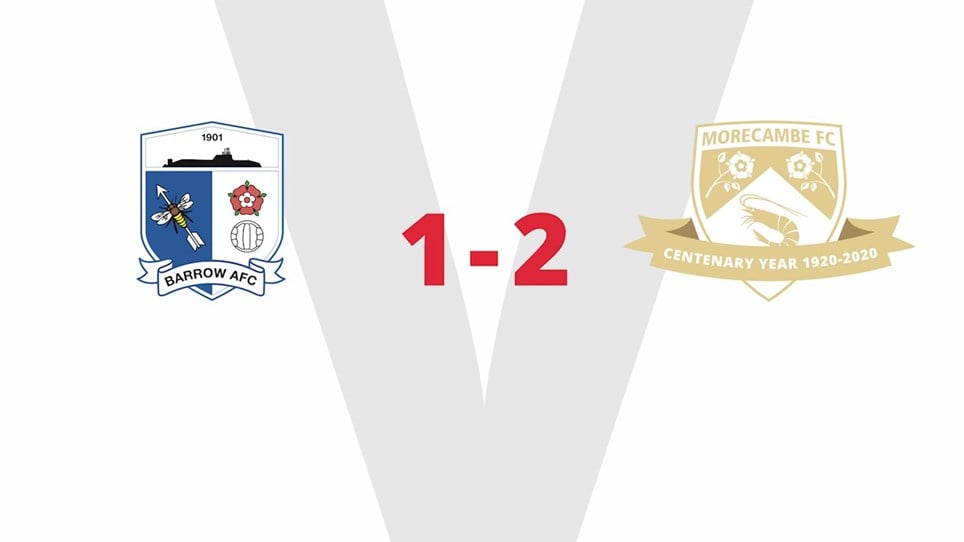 
Morecambe moved up to fourth in the table with a good win at Barrow. 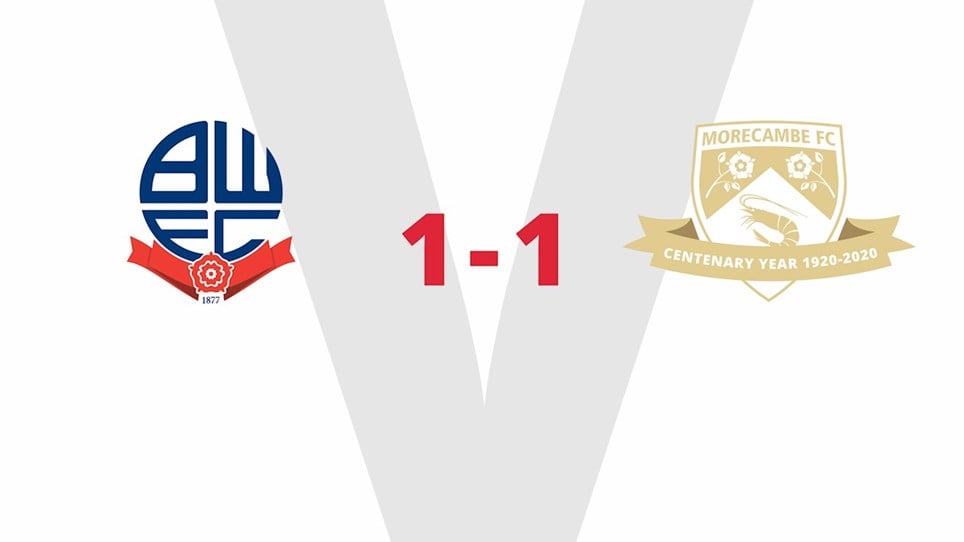 
BRAD Lyons chose the perfect time to score his first Morecambe goal as he secured his side a deserved point at the University of Bolton Stadium.