Morecambe’s new number one says the club’s impressive league campaign comes as no surprise given the squad at the manager’s disposal.

33-year-old Kyle Letheren signed for the Shrimps just over a week ago on a deal until the end of the season and the former Chesterfield man is delighted to be on board.

The Welshman said: “I’m loving it to be fair. As soon as the gaffer made the phone call, there’s only one place I really wanted to be.

“Looking at where the club are in the table, it was a no brainer really.”

Letheren’s debut came in last weekend’s 1-0 defeat at home to Tranmere Rovers, though the shot-stopper was quick to take the positives.

"I’ve known about Barry for years. He’s a great, experienced keeper and it’s good to have that behind you.

“We restricted them really to one or two opportunities, unfortunately they scored one of them, but I felt comfortable playing behind the back four,” he said.

“I did my homework before I came in and we don’t give many chances away as a team. We’ve got a good, strong unit here.”

The former Wales under-21 international, who worked under Derek Adams at Plymouth Argyle, admits the prospect of working with the gaffer again was an important factor in him joining the club. 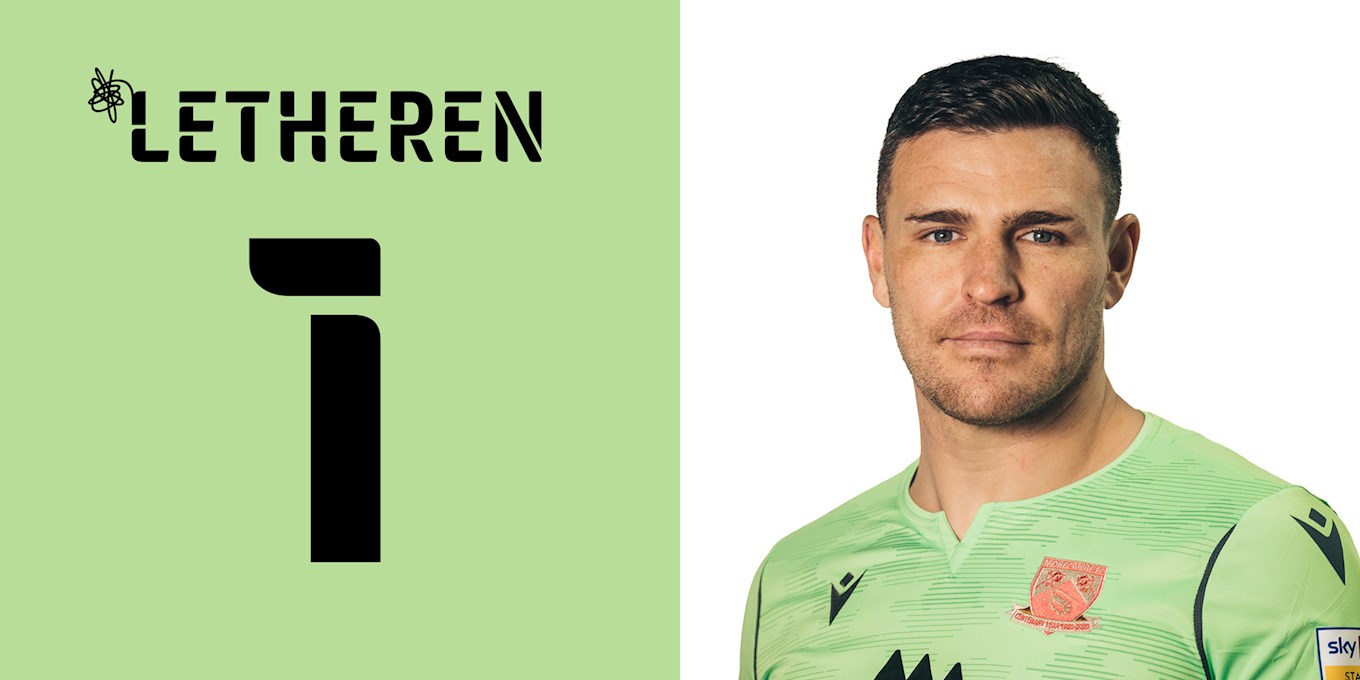 Letheren continued: “I faced him last year when Salford drew 2-2 at Morecambe’s stadium.

“I’ve known about Barry for years. He’s a great, experienced keeper and it’s good to have that behind you.

“His coaching has been top notch since I’ve been here. That working relationship with the keeper coach is there and obviously the respect as well because he had a fabulous career.”