The club is saddened to hear about the death of former skipper Bob Baldwin.

Bob was a club legend who was captain of the FA Trophy winning side of 1974.

He was a junior with PNE from 1958-59 and had spells at Netherfield and Horwich RMI before spending five years at Fleetwood and joining the Shrimps for the princely sum of £90 in August 1967.

Described by the Visitor as an ‘Outstanding defender who reads the game well and acts as a strong tackling sweeper,’ Bob was eventually released in April 1976 after a fantastic Christie Park career which saw him make more than 400 league and cup appearances. 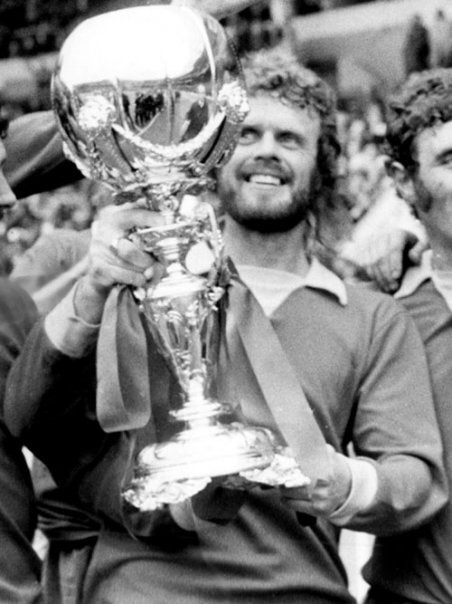 Co-Chairman, Rod Taylor, paid his personal tribute saying: "Bob was a hard-tackling defender on the pitch and a gentleman off it.

“He had a nine-year career at Christie Park with, for me, the 1967-68 season standing out as season and a team that evokes particularly wonderful memories.

“The FA Trophy win at Wembley Stadium in May 1974, with Bob as captain accepting the trophy from Sir Stanley Rouse in the Royal Box, was also a memory all Shrimps’ fans will remember.

"Bob and Geoff Street were a fantastic central defensive pair.

“The thoughts of everyone at the club are with Bob’s family.