Callum Jones shares his thoughts after arriving at the Mazuma Stadium on a season long loan deal from Hull City.

Stephen Robinson has added 20-year-old midfielder Callum Jones to his squad, who joins the Shrimps on a season long loan from Hull City.

Jones made seven appearances for the Tigers last season, scoring a goal whilst captaining the side during their 2-0 victory over Harrogate Town in the Papa John's Trophy.

"Callum's a young up and coming player with a really good future in the game," said Robinson.

"I spoke to Grant McCann, who couldn't have spoken any higher of him.

"Callum will give us good versatility, he can play holding midfield, he can play as an eight, he has good legs and he's a player beyond his years.

"He's got an old head on young shoulders so we're looking forward to working with Callum and his energy, we have high hopes for him." 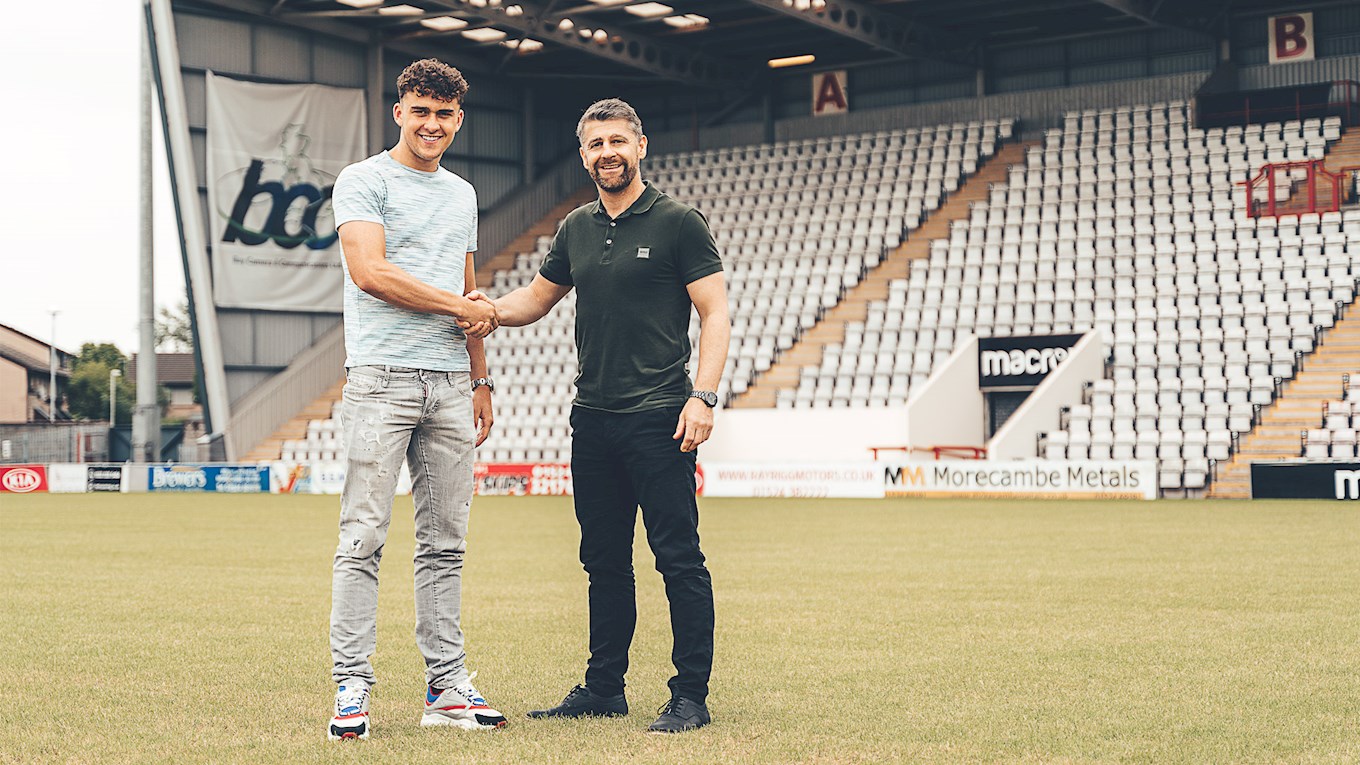 Jones added: "I'm looking forward to getting started, it's a good opportunity for me to express myself and show what I can do.

"I've had good conversations with the manager and I'm looking forward to working with him.

"Hopefully I can bring some energy to the midfield, a little bit of bite and aggression, maybe a few assists and goals too.

"League One is a competitive league, there aren't many bad teams and every game will be a different challenge.

"We just need to go for it and get as many points as we can, you never know what can happen in a season.

"Hopefully we can do well as a team and see what happens."