Cole Stockton shares his thoughts after signing a new two-year-deal with the Shrimps.

Cole Stockton has signed a two-year deal with the Shrimps keeping the forward at the Mazuma Stadium until the summer of 2023.

The-27-year-old scored 15 goals in all competitions last season and was named Players' Player of the Season last month.

Stockton made 49 appearances last term taking his total for the club to 82 over three spells with the Shrimps.

"I'm delighted to get it sorted," said Stockton.

"The new manager came in and I spoke to him over the phone immediately and he said that he wanted to keep me at the club and wanted to work with me.

"I've loved my time here each time I've been with the club, last year was a special season and I want that feeling and momentum to continue.

"There were other offers there for me but after the season we just had I thought it was only right for me to stay." 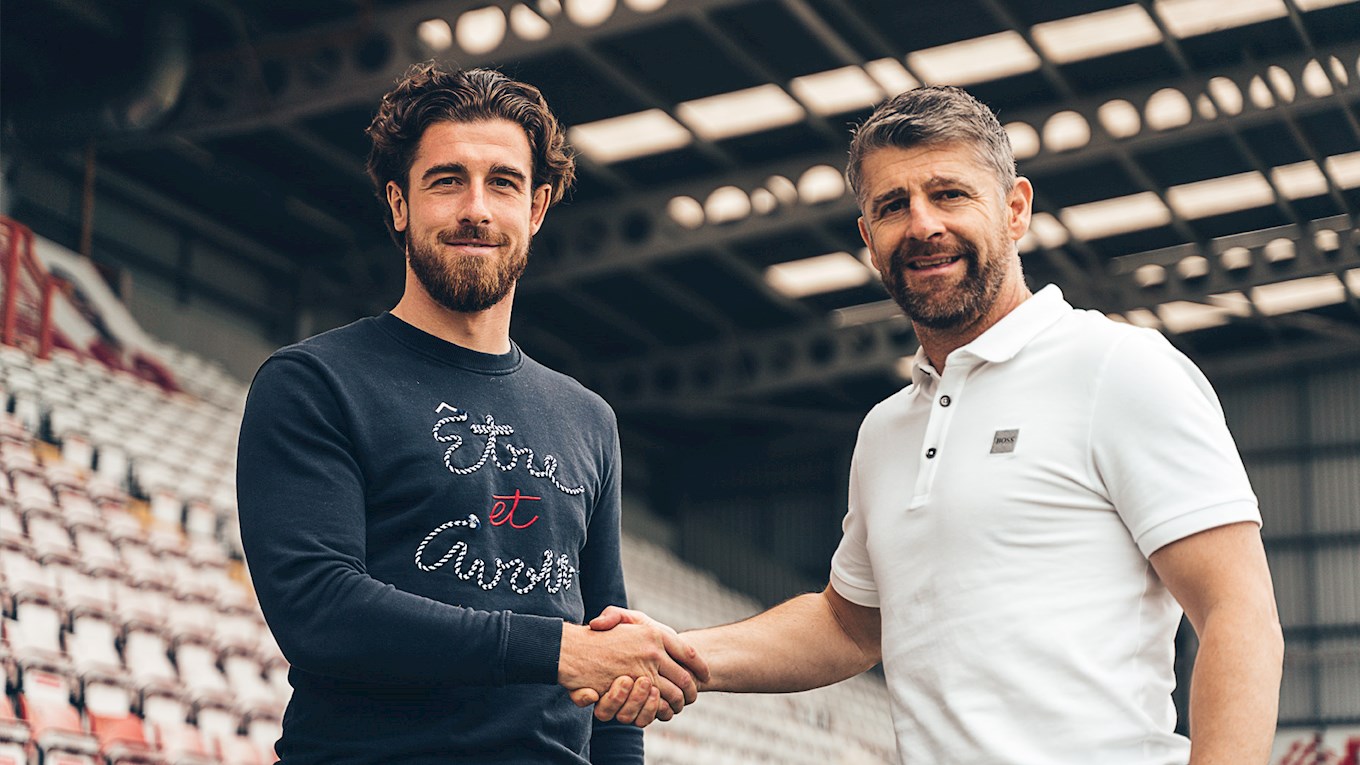 "I think securing Cole is a statement of intent and shows that he [Stockton] see's our ambition.

"Cole is a massive asset, he scores goals, holds the ball up and brings people into play.

"I believe Cole is the first of many that will stay from the successful squad from last season and we'll add to that."