Manager Stephen Robinson says that his side deserved all three points after their controlling display against Fleetwood Town on Saturday.

The Shrimps were 2-1 winners at Highbury Stadium with goals from Callum Jones and Cole Stockton wrapping up the win and Robinson said it was the player’s attitude that carried them over the line.

“I thought we really deserved it, we were in total control of the game, we let them have possession a lot in bottom third of the pitch and hit them on the counter-attack lots of times, which was very good play,” he said.

“We controlled the game and let them have the ball in places that we were happy with them having it, our back-four were excellent, and the three young boys in midfield put in superb performances.

“We have a group of boys that never say die and never give up, I think they got their rewards for that in the end.”

Stockton scored a 94th minute winner to send more than 1,000 travelling fans back up the M6 and the gaffer said he found it hard to keep his emotions in check.

“I keep joking with him saying ‘if he had a left foot what a hell of a player he would be’ but maybe he doesn’t need one if he keeps scoring goals like that,” he added.

“It certainly was not look and he has led us all season, he has scored a lot of goals for us and I though his hold up play was very good as well.

“It’s not often that I celebrate too much but it’s hard not to celebrate that kind of goal.”

We return to the Mazuma Stadium on Tuesday night as we face Charlton Athletic in Sky Bet League One, get your tickets now from ticketsmorecambefc.com. 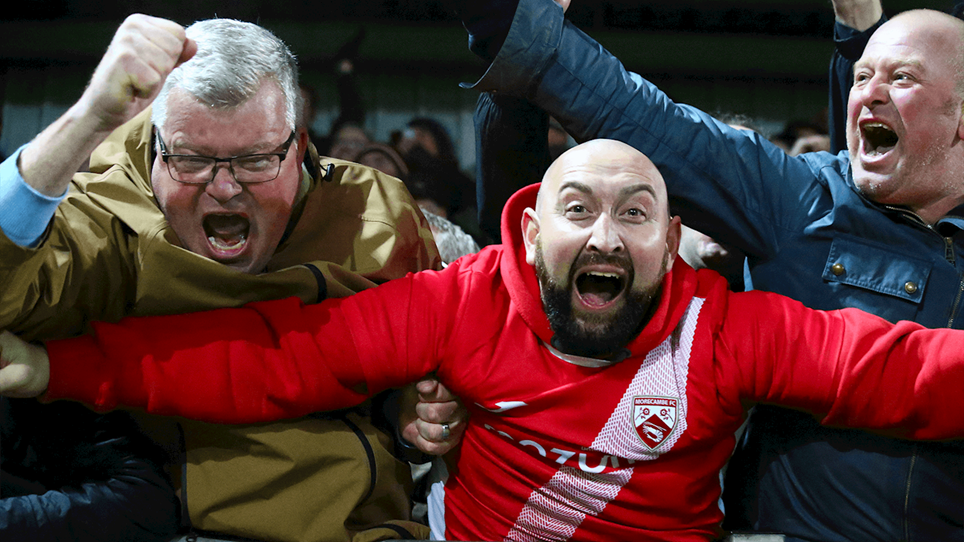 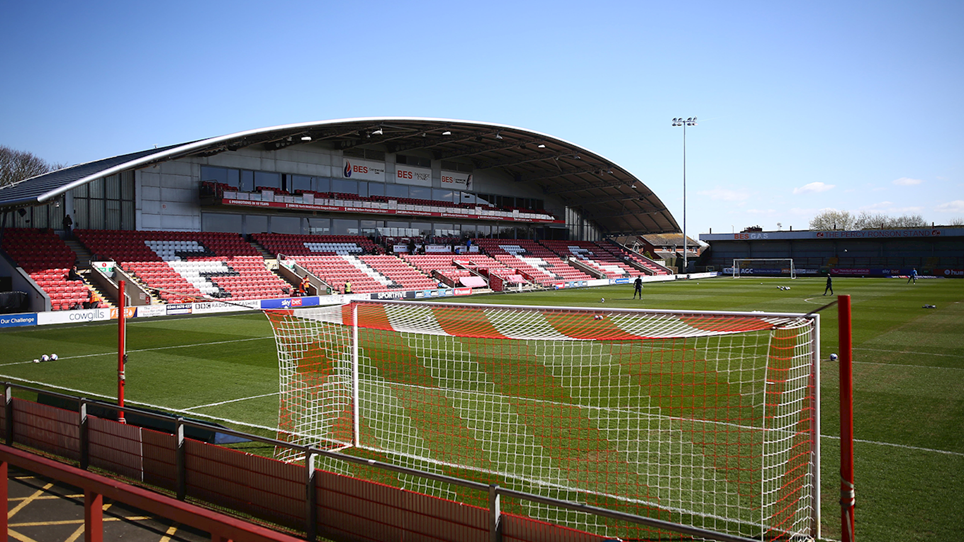 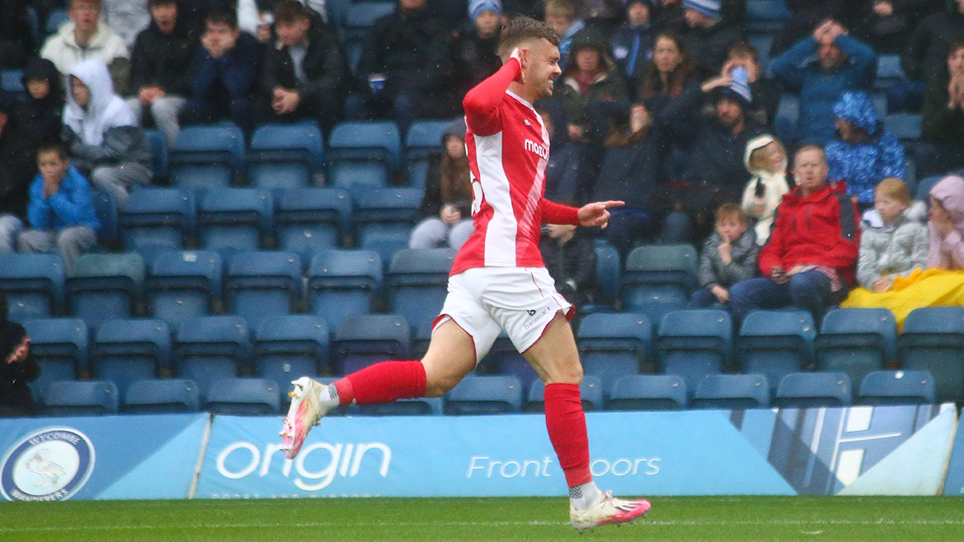