The Pools initially took the lead through Maty Daly but goals from Shane McLoughlin and Callum Jones turned the game on its head before the break. Daly found himself on the scoresheet again seven minutes from time as he netted from a Luke Molyneux cross.

On the second minute the hosts should have been ahead, a through ball found Mark Cullen who had broke free of the Shrimps defence, but the big frame of Jokull Andresson denied the striker the opening goal of the game.

The hosts did make their pressure pay after eight minutes, a run down by Jordan Cook saw him pull the ball back to Daly who had the easy job of firing the ball home.

Stephen Robinson’s side pulled back level just after the half-an-hour mark, a ball forward from Ryan Cooney found McLoughlin on the run, and his inch-perfect lobbed attempt was too much for the goalkeeper and the retreating defender to do anything about.

On the 39th minute the Shrimps were in-front, a clipped ball into the box would have found Jonah Ayunga but a pull back from Reagan Ogle saw Augyna go down in the penalty area, giving referee Simon Mather no choice but to point at the spot.

Up stepped Jones who dispatched his spot-kick superbly, giving Mitchell in the Pools net absolutely no chance.

Dave Challinor’s men should have squared the game up with the first real opportunity of the second period.

A corner from the left managed to find its way all the way to the back stick where Pools captain Neill Byrne was placed, but the big centre-half could not sort his feet out and skied his effort over the bar from three-yards out.

On the 68th minute the Pools came close again, this time an effort from Cullen narrowly missing Andresson’s right post.

The home side’s pressure would pay off seven minutes from time, substitute Molyneux was a handful after coming on in the 72nd minute, his cross into the box found Daly in space once again, who managed to notch his second of the game.

Molyneux nearly provided the game’s fifth goal of the game with a superb effort on the angle, but a smart save from Andresson denied him.

With the game heading towards penalties, there was enough time for one last huge opportunity for the hosts, with Andresson taking down Mike Fondop in the penalty area in stoppage time.

Up stepped Molyneux, but his effort cannoned off the crossbar and over the stadium.

Missed penalties from Shane McLoughlin and Arthur Gnahoua helped the home side to a 4-2 penalty on the night, and in turn picking up the extra bonus point on offer. 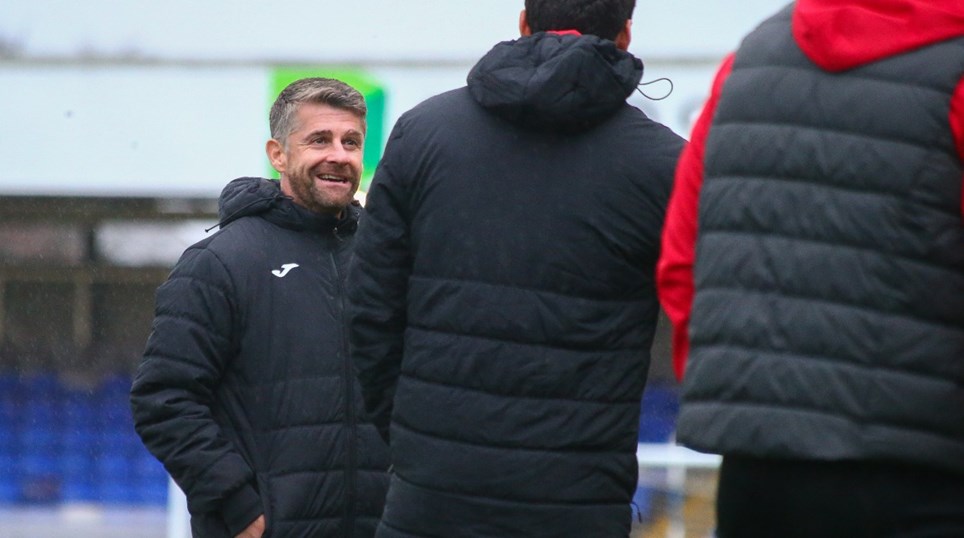 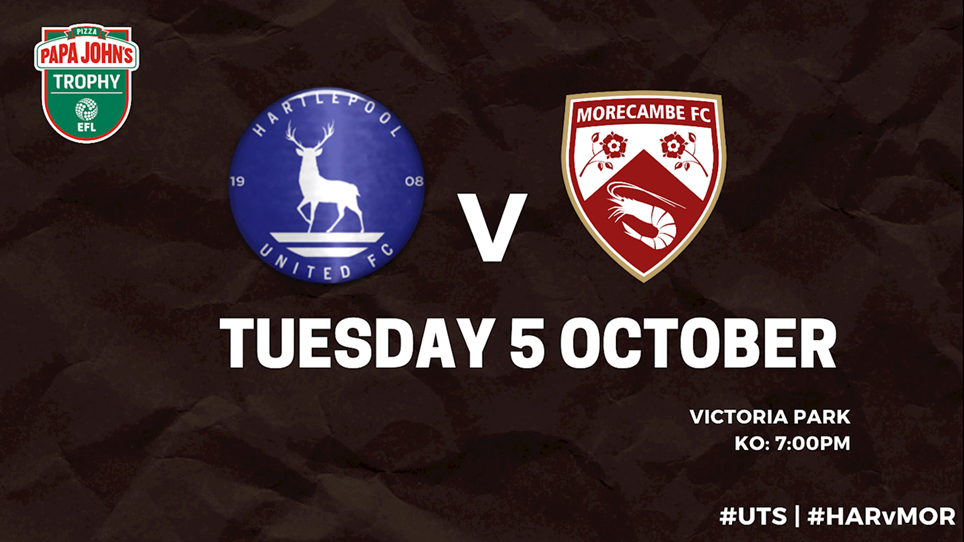 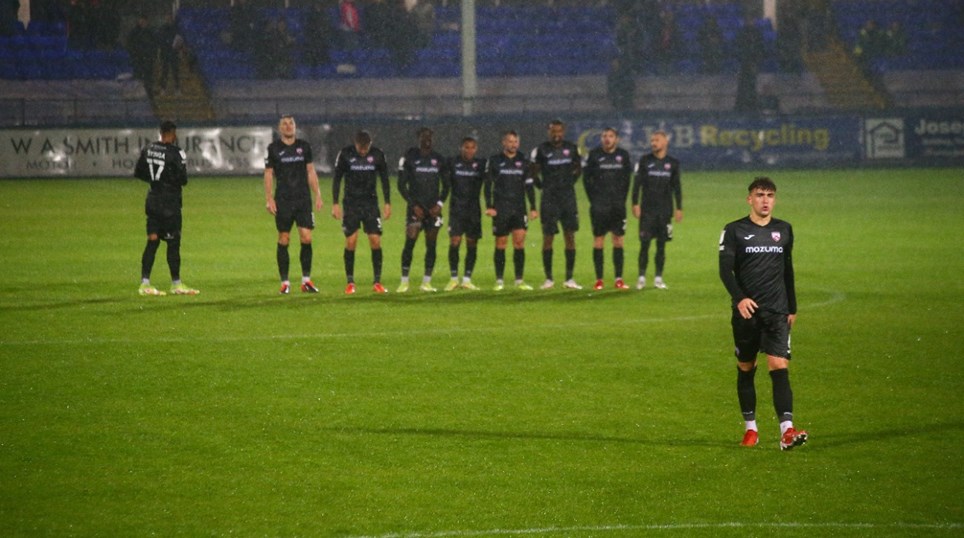 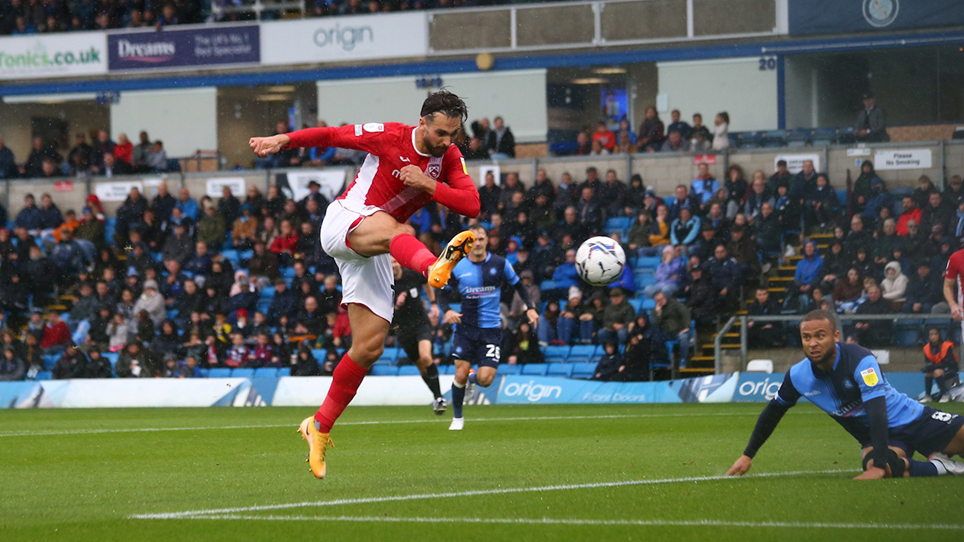 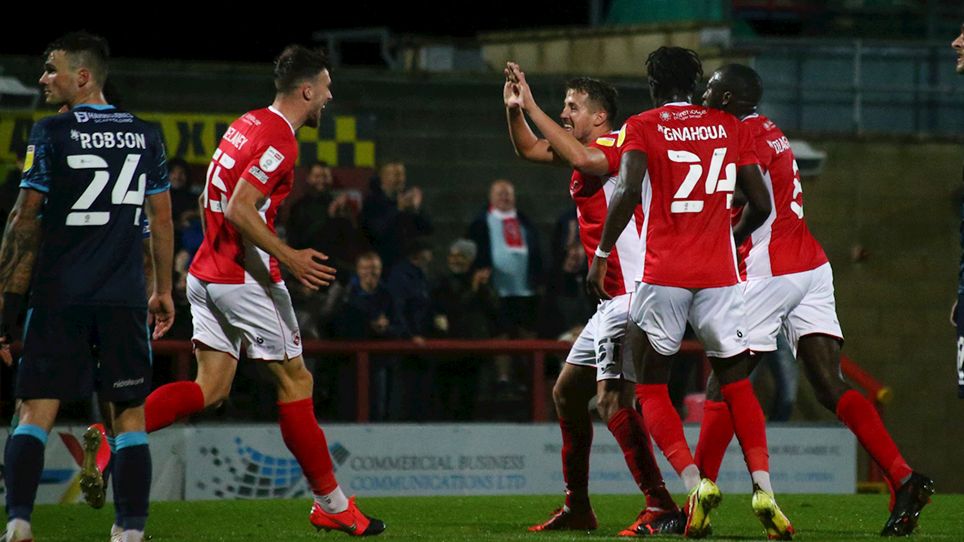