Midfielder Toumani Diagouraga says his side need to bounce back after a disappointing defeat against AFC Wimbledon.

Morecambe were punished after a poor defensive display saw the Shrimps concede from four set-plays in a 4-3 defeat at the Mazuma Stadium.

Experienced midfielder Diagouraga admits that, whilst the team had been preparing for AFC Wimbledon’s set-piece threats, the Shrimps were left to rue for not coping with the opposition.

“We spoke about it all week,” he said.

“About how good they were from set pieces, and we didn’t deal with them today, and we paid the price.

“We were [poor defensively], we have to put our hands up, that wasn’t good enough, we knew all week, we prepped for it, and we didn’t put it to action today.

“They scored three from set-pieces so there’s no excuses, that wasn’t good enough and we need to bounce back, simple as that.

“You can’t concede four goals at home, hopefully we can learn from that and never let it happen again.”

Morecambe’s next league game sees the Shrimps travel to South Yorkshire to face Doncaster Rovers at the Keepmoat Stadium, and the 34-year-old says the Shrimps need to bounce back.

Diagouraga added: “We’ll dust ourselves off and next week we need to go again.

“We can’t feel sorry for ourselves, we need to stick together and make sure we go to Doncaster and get a result. 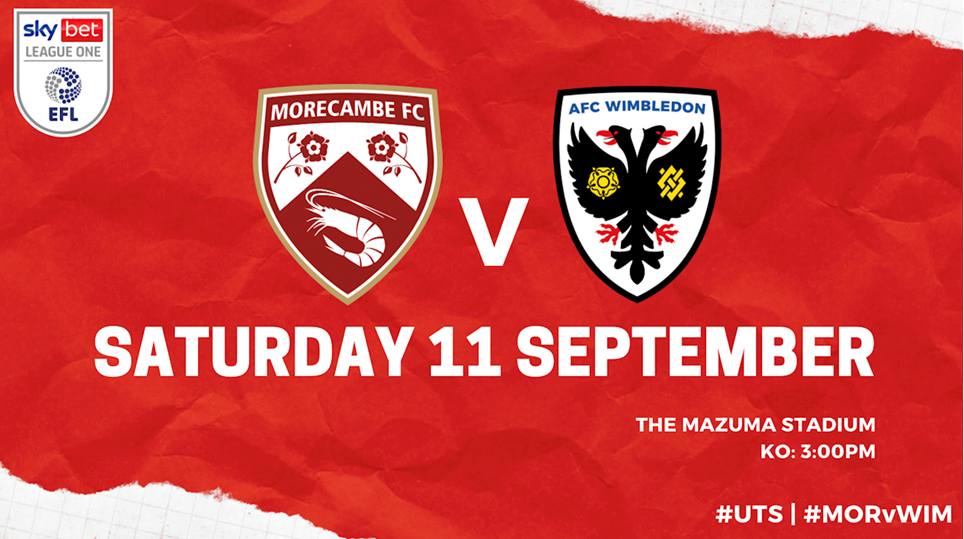