Morecambe are back in action at the Mazuma Stadium on Friday night, when they take on Exeter City in Sky Bet League One.

The Shrimps were last in action on Tuesday 22 November when their Papa Johns Trophy campaign came to an end in heartbreaking fashion after a penalty shootout defeat at Lincoln City.

Derek Adams’ side will look to make it four games without loss at the Mazuma on Friday evening, with a win against Barnsley and draws with Derby and Portsmouth in their most recent games on home soil.

Exeter, meanwhile, bowed out of the Emirates FA Cup last weekend after a 4-1 defeat against Oxford United at the second round stage. 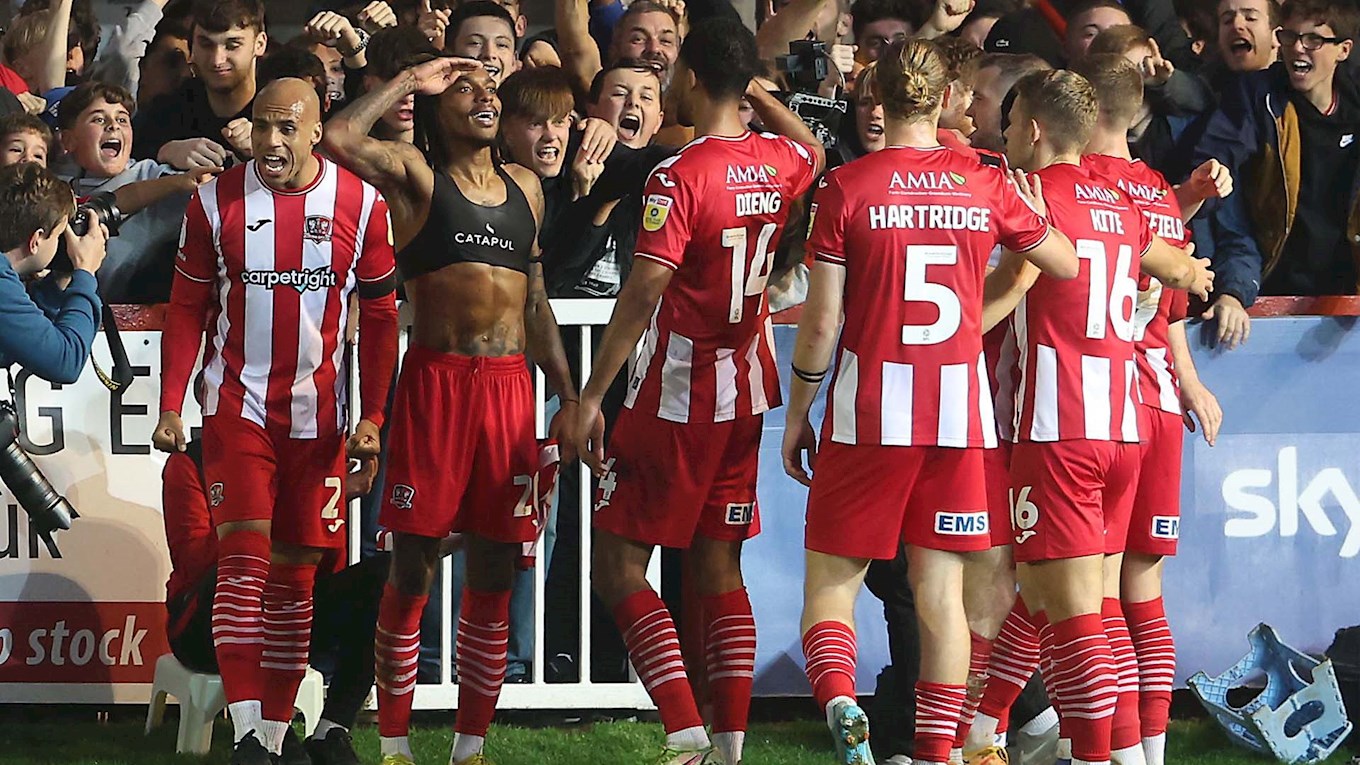 The Opposition
The Grecians sit 11th in League One with seven wins, four draws and eight defeats after 19 games and will make one of their longest journeys of the season at the weekend, a 574 mile round trip from St James Park to the Mazuma.

City earned their promotion to the third tier last season after a spell of bad luck in League Two Play-Off Finals.

The Grecians lost three finals in four seasons and were promoted to the third tier after clinching automatic promotion from League Two last season. Exeter have spent the last ten years in the bottom tier and despite the play-off heartbreak, City earned themselves a memorable FA Cup replay when they drew 2-2 against Liverpool at St James Park in 2016.

Gary Caldwell is currently in charge of Exeter. Caldwell spent four years at Celtic and five years at Wigan during his playing career as a centre back.

The Scotsman has spent time in the dugout at Wigan, Chesterfield and Partick Thistle and made the move to Devon in October following the departure of Matt Taylor to Rotherham. 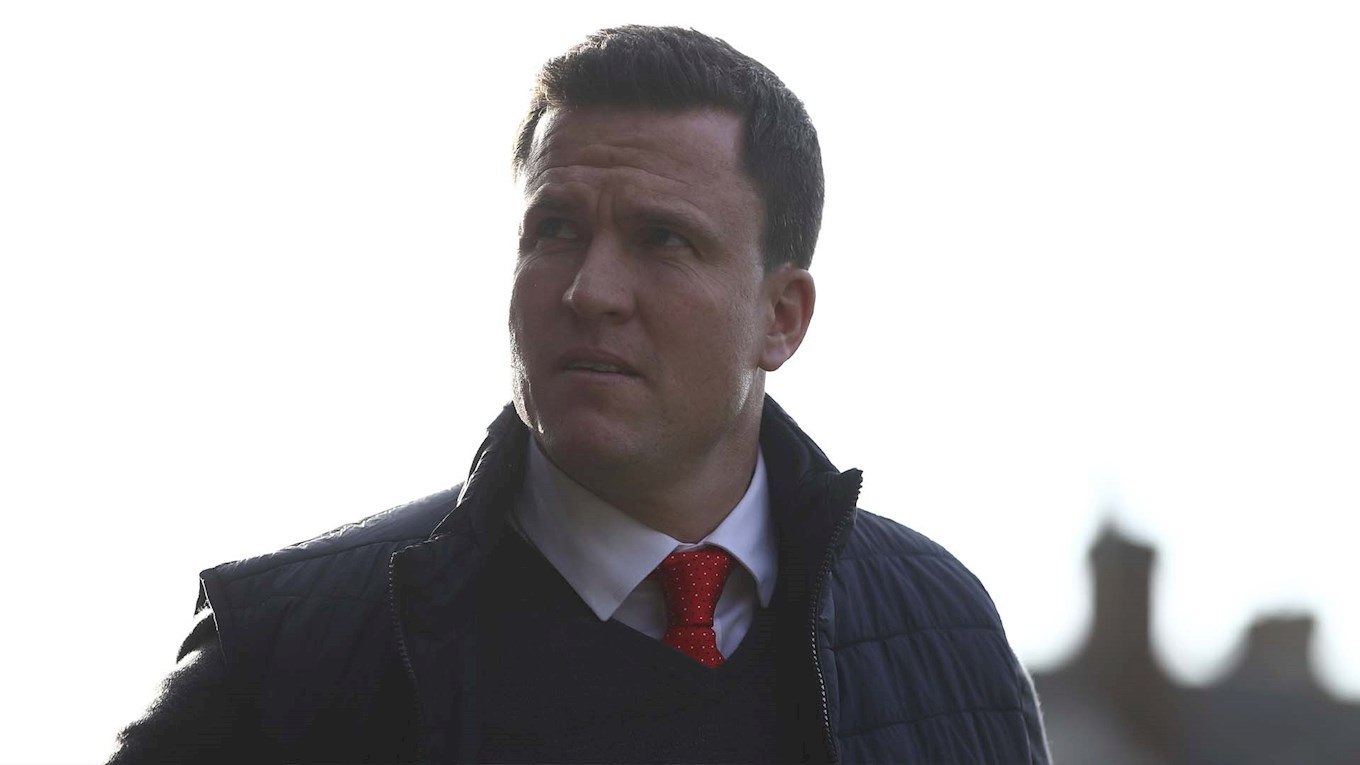 Key Players
Striker Jevani Brown has undoubtedly been the main man up top for City this season. Brown has nine goals and eight assists for the Grecians and his most recent goal was a late winner against Peterborough in mid-November. The 28-year-old was key in Exeter’s promotion winning campaign last season with eight goals and 12 assists in League Two.

Brown and fellow striker Sam Nombe are having a goal scoring competition of their own at St James Park. Nombe is one behind Brown with eight goals this season and has also chipped in with five assists. Before moving to Devon, Nombe scored nine goals in 44 appearances. Since joining the Grecians in 2021, he has scored 20 goals in 53 matches.

Attacking midfielder Matt Jay is highly regarded in Devon and has been with Exeter since he joined their youth set up in 2003, before making the step up to the first team in 2013. Jay has had loan spells in non-league but has been a key part of every Exeter side since 2016. The 26-year-old has been one of the stand-out players in League Two in recent years too. He was named in the 2020-21 League Two Team of the Season and was awarded club captaincy at the start of last season.

Gary Caldwell’s Thoughts
Exeter manager Gary Caldwell told the Grecians YouTube channel his side are prepared for a tough game against the Shrimps on Friday.

“It’s going to be a difficult game,” he said.

“I know the team very well. They are much improved from earlier on in the season and they have added some players of quality, especially in midfield.

Team News
Derek Adams is hopefuly of having a fully-fit squad to choose from aside from Ash Hunter and Courtney Duffus who both remain out injured. 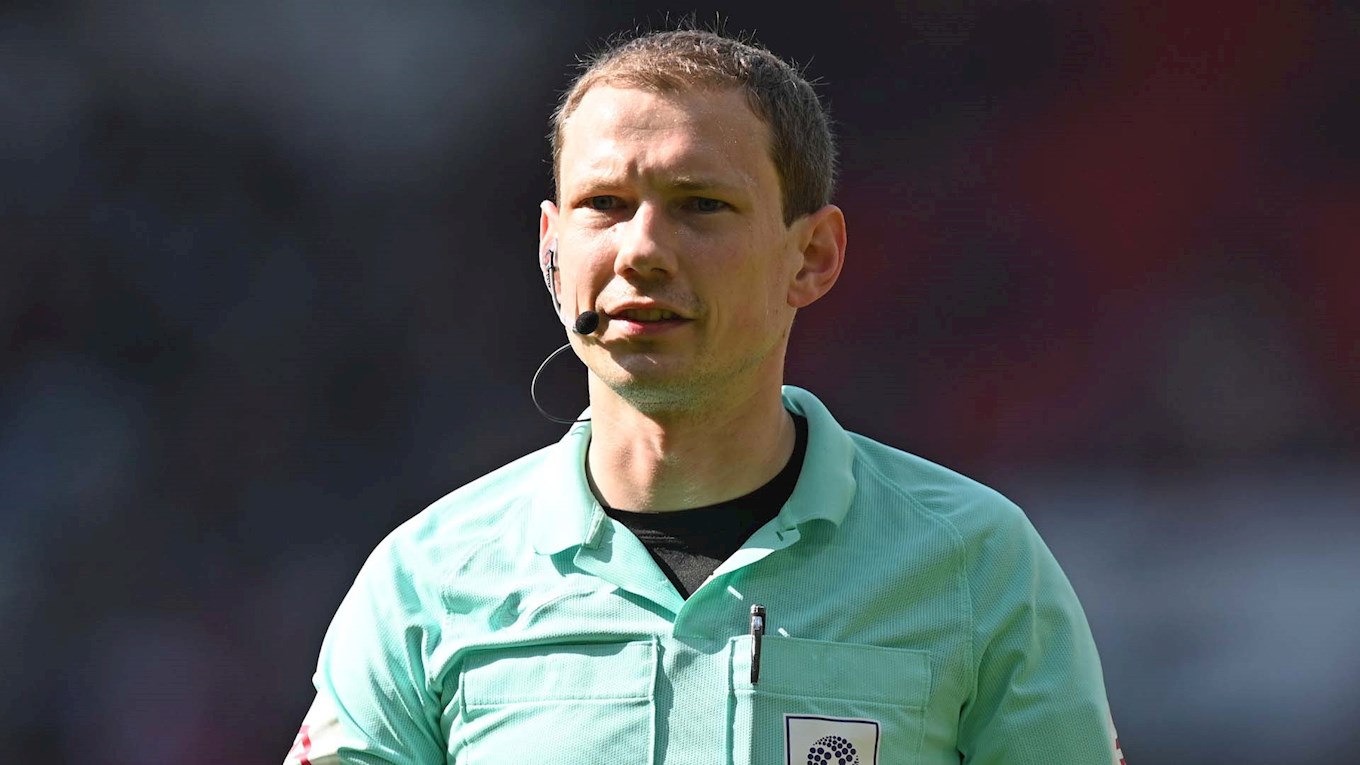 Meet The Officials
Peter Wright will have the whistle in hand for Friday’s game and will be assisted by Joe Simpson and Alan Clayton. Anthony Backhouse will be on the side-lines as fourth official.

Wright has had a busy season so far having taken charge of 18 games across all competitions, including seven in League One, six in League Two, two in the Papa Johns Trophy and Carabao Cup respectively and one in the FA Cup.

The official last took charge of the Shrimps at the beginning of the season when he refereed Morecambe’s 1-0 win over Rotherham in the Carabao Cup Second Round in August.

Admission
Tickets remain on sale right up until kick-off for both home and away supporters. There is a limitied amount of tickets remaining, so the Clb advises supporters to purchase tickets as early as pisobe to avoid dissappointment.

Watch The Match Live
If you're not making the trip to the Mazuma Stadium, you can purchase a match pass to watch all of the action live via iFollow Shrimps.

Lead commentator Dave Salmon will be joined by Matt Smith from the Morecambe media team to guide you through all of the action.

Click below to purchase your match pass to watch the game live.