Jensen Weir admits the side are solely focused on picking up as many victories as possible over the coming weeks.

The Shrimps made it four home league matches without defeat at the weekend in the 1-1 draw with Exeter City, and Weir is hopeful the side can take positives from the game going into the busy Christmas period.

"It's all about trying to get as many points from as many games as possible," he said.

"I think we have proved, especially at home in recent weeks, that we are becoming a team that's difficult to play against. We've played some big teams at the Mazuma Stadium lately, and have picked up points to show for our efforts, but we do need to start turning the hard-fought points gained from draws into wins.

"I think we've defended quite well lately, and are picking up points that maybe at the start of the season we would have dropped. We've just got to focus on getting those victories under our belt now."

Reflecting on Friday night's draw with Exeter, Weir played alongside Jake Taylor for 89 minutes, and admits he enjoyed partnering him in midfield.

"Jake's a great player and it was good to play alongside him in midfield," he said.

"He's a similar player to me in terms of how he likes to get forward and create chances. It's another pair of legs in the middle of the park, so that is another plus, so it was a really good experience.

"We've got a number of players coming back into the side now, so strength for places will be really good for us over the next few weeks." 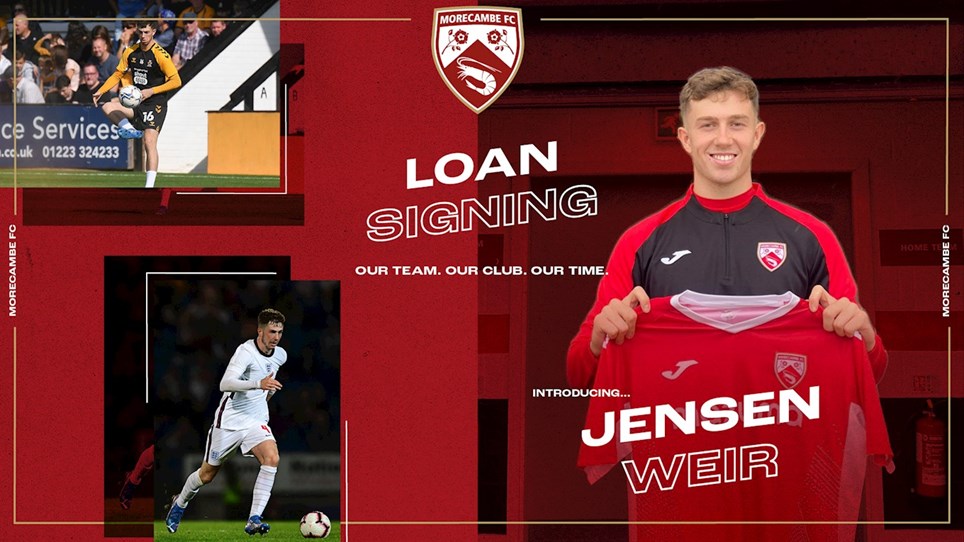 Jensen Weir signs up for the season


Morecambe Football Club is delighted to confirm the signing of midfielder Jensen Weir on a season-long loan from Premier League side Brighton & Hove Albion.