Morecambe Football Club is delighted to confirm the appointment of John McMahon as Assistant Manager.

The 57-year-old first linked up with manager Derek Adams at the Club in November 2019, and McMahon remained in the position until leaving back in December 2021.

Speaking of his return to Morecambe, McMahon says it was a no brainer to return.

“I got a call from Derek [Adams] asking me would I be interested,” he explained.

“Given my old affiliation with the Club as a player and the roles I’ve had, it was a no brainer really.

“It always helps because you know the Club, you know the workings, you know not just the coaching and football staff, but the staff behind the scenes.

“The cleaning ladies, the girls who work upstairs, the catering stuff, secretaries, all the other people that make the Club what it is that are really good people, so really it was a no brainer, it’s easy to settle in, they make it that way.

“Obviously I know the way Derek works, the way he likes to work, again he’s still his own man, he’ll still have his own thoughts but if I can add something to what he’s going to bring in any way to help this Club going forward, then it’s been worthwhile.” 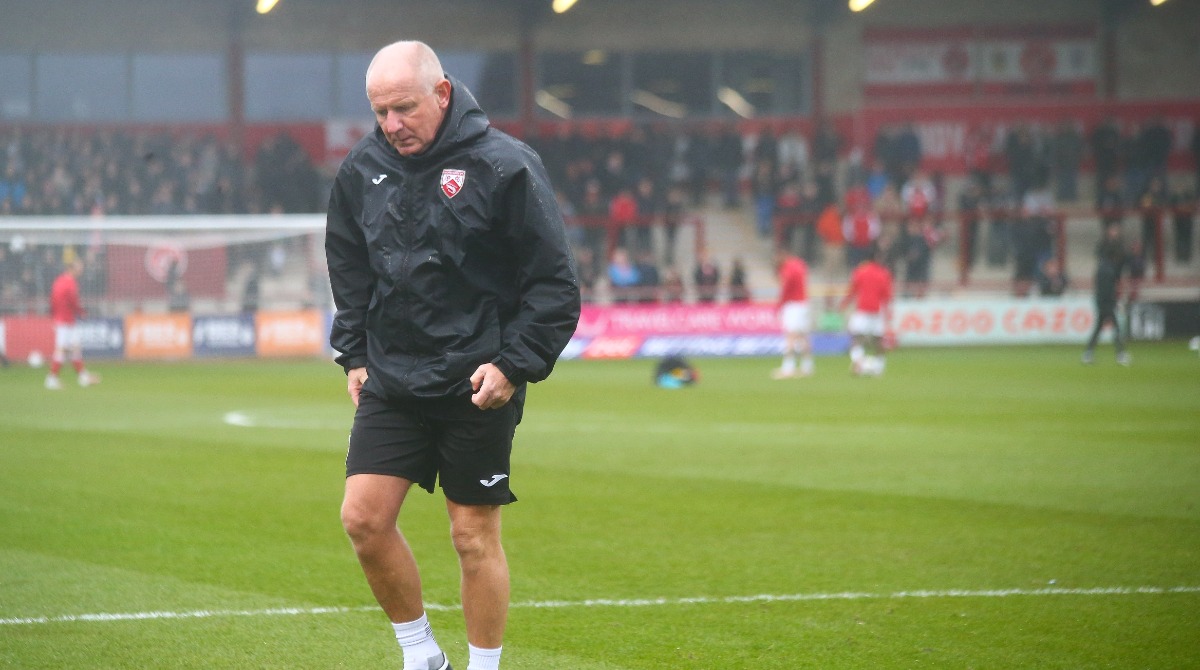 During his time away from the Shrimps, the former Morecambe player spent time at Macclesfield, helping Director of Football Robbie Savage.

He added: “The break was good, as a coach you reflect on what you’ve done, where your journey is, where you’re about to go, and I helped out Robbie Savage at Macclesfield, what a great experience and what a lovely person he is.

“Not like I think he can come across or people perceive him to be, he’s very enthusiastic, committed, hard-working, and he is a very, very good person, I can only have positive and good words to say about him.

“I was doing some work for Robbie and Macclesfield FC which, hopefully, has been rewarding and hopefully they will get promoted this season.”

Looking ahead, and with 13 Sky Bet League One games left to play this season, McMahon certainly believes the quality within the squad will prove enough to avoid the drop.

“There’s 13 cup finals, and yes, a lot of positivity about the squad, about games you’ve got to play,” McMahon continued.

“There are no easy games in League One at all, so they’re all cup finals, they’re all tough games, we’ve just got to approach every game with the right mentality, give it everything we’ve got and if we can do that, I’m sure we’ll come out the right end of it.

“Again, obviously, we need to win more games, that’s ultimately what we’re here to do and what the players are here to do, to ensure we remain a League One Club next season.”