Academy success story Aaron McGowan recently spoke with Matt Smith about his time with the Shrimps, how he came through the ranks and his career-to-date.

For any young footballer, the idea of playing a pivotal part in a Club’s history is a dream.

Whether that’s scoring the winner in a Play-Off Final, or helping to steer a team away from relegation against all odds. For Aaron McGowan, the latter became reality in what would be his last appearance for Morecambe Football Club.

On what was a sunny Saturday afternoon in May 2018, Jim Bentley’s Shrimps travelled to the Ricoh Arena to face Coventry City, knowing that they could be relegated to non-league for the first time in the Club’s history.

“One of my best days at the football club when we drew against Coventry away, and nobody gave us a hope in hell, that was my last game for the Club,” he recollects.

The game finished 0-0, and McGowan’s last 90 minutes saw the Shrimps survive through the skin of their teeth, a fitting end to his Shrimps career. Not bad for a man who, to this day, holds the record as the youngest ever Morecambe player at the age of just 16-years-old. 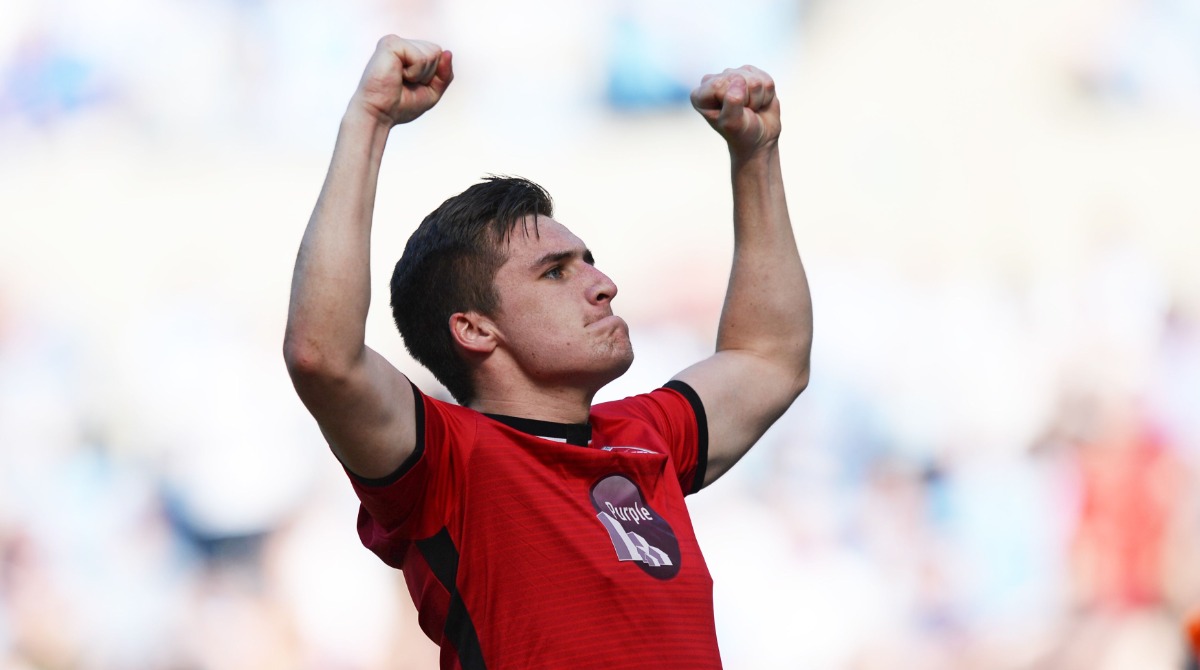 “We went to the awards night, and I got a few Player of the Season awards, I just felt like that was the right fit, I just felt like, at the end of the day, it was time to move on,” McGowan added.

Now 25-years-old, he currently plies his trade in Sky Bet League Two for Northampton Town following successful spells in Scotland with Hamilton Academical and Kilmarnock respectively, and it all started with the Shrimps and a certain Club legend by the name of Dickie Danson.

“The impact that man had on my life is invaluable and memories that’ll last me forever really,” McGowan remembers.

“Some of those early days at Morecambe were the best days of my career, coming through, bursting onto the scene sort of thing.

“Before Jim Bentley, Dickie Danson was the first person that said, ‘yeah I’m having him’, so he does hold a special place in my heart.”

At the time of joining the Morecambe Academy, McGowan had travelled abroad with the Great Britain Catholic Schools and after being spotted, his journey with the Club began.

“They held trials, but I always had a feeling during the trials that I was being fast-tracked in a way for a scholarship,” he said.

“100 lads went, but I felt there was an indication I was going to get a scholarship, that’s when it all started, I got my scholarship and within three or four months, I was on the bench for the first-team.

“I’d just turned 16, I went from being a schoolboy leaving year 11 not knowing what I was going to do, to being involved in a Football League game and it was just the growth and how quickly it progressed, it was crazy.”

Shortly after becoming more established in the first-team environment, the time came for McGowan’s initiation song, which brings back fond memories for the defender.

He remembers: “It must’ve been the youngest initiation they’ve ever had.

“Something tells me we were at Exeter away; I was 16 and I was thinking ‘this is young, this’, the main thing is though, I felt more comfortable because I always remember that I got away with it for a bit.

“It was Barry, that’s the sort of lad Rochey is, he pulled me up on it and I had to go up and sing One Direction in front of the lads.

“Those lads haven’t gone on to have bad careers, have they?”