From Sunday League to the Football League, Freddie Price’s journey is only just beginning. A success story from the Club’s Academy, the 19-year-old sits down with Matt Smith to talk about his Shrimps career to-date.

Price broke into the first-team during a successful 2020/21 campaign, which culminated in promotion to Sky Bet League One for the first time in the Club’s history. For the youngster, it was the perfect way to cap off an unforgettable debut season in professional football.

Born in Stafford, Price was plying his trade in Liverpool’s Sunday League scene for Marine AFC when the Shrimps came calling, and that’s where the story began.

“They brought me in on trial,” he said.

"A couple of months later, I was offered my scholarship at 15, then I came at 16 to do my two years as a scholar, it was a quick turnaround really.

“On Monday, Wednesday and Friday afternoons, we would go to Lancaster & Morecambe College and we did a BTEC Sport qualification. Gary Kelly led that and we all passed, it was good.

“Andre Da Silva Mendes is a good mate of mine, I think I was in my first year when he first came over so I’ve known him three or four years now, it’s good to see him coming through now and doing well.” 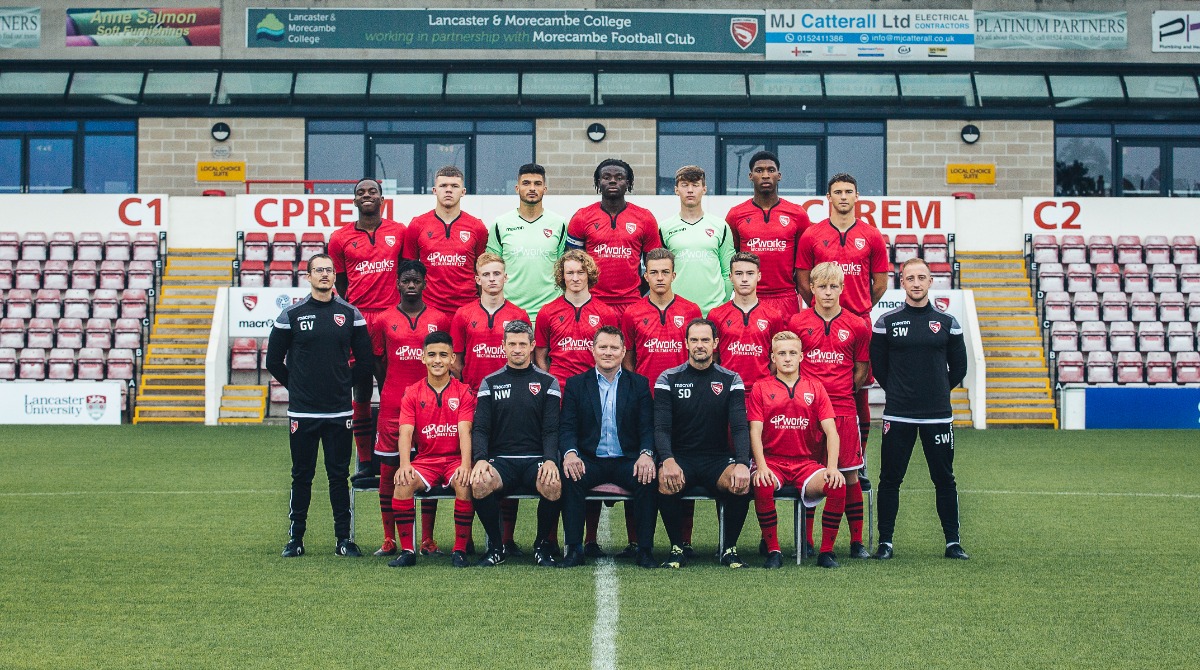 Whilst Price and Da Silva Mendes were the success stories of their year, a number of other players have gone on to play at decent levels for other clubs, including Amilcar Codjovi and Abi Obasoto.

He added: “Amilcar Codjovi is out in Ukraine, he’s playing first division out there, Abi Obasoto is playing at Bury AFC, I think he’s doing quite well too.

“It just shows there are other options if you don’t make it as a professional at Morecambe.”

As Price and the rest of his teammates were coming to the end of their scholarships with the Academy, Covid-19 struck.

The footballing world came to a halt, decisions regarding the futures of the youngsters were still rolling on and Price recalls the nervous wait he had to endure to see if he had done enough to secure a deal with the Club.

“It was a weird one because the new manager [Derek Adams] came in just before Christmas of my second year as a scholar and then COVID hit around February/March of that year and we weren’t in,” he explains.

“It was over a Zoom meeting around May/June time during COVID, I was at home keeping myself fit on the fields, doing other bits and bobs and then it was a Zoom call with the gaffer and Drummy [Stewart Drummond] saying ‘we’d like to offer you a pro contract’.

“It’s what you dream of, you put everything into it over that two years, it was a nerve-wracking hour or so before that meeting, that’s what I will say.

“I was sat there on my computer a bit worried but, at the end of the day, when you get that ‘yes’, it’s a bit of relief and other than that, it’s just joy, it’s fantastic.

“When I found out I had my deal, I knew that we’d be coming in for pre-season around July/August time, so I had two months, I got myself as fit as I could and ready to go in with the first-team, trying to make an impression.”

The midfielder certainly made that impression, and his chance to make his first-team debut was just around the corner. The 18-year-old was given his chance to impress in an EFL Trophy fixture against Rochdale.

It was in the same competition that Price would net his first professional goal, a tidy finish which rattled the inside of the post before hitting the back of the net against a Manchester United side that featured now-first-team players such as Anthony Elanga and Shola Shoretire.

His goal-scoring touch did not end there as he netted his first EFL goal in a 2-1 defeat against Cambridge United later on in the season.