Lead Foundation Phase Coach Ollie Ras says he is ‘living the dream’ as a coach within the Morecambe FC Academy.

Ever since he can remember, Ras has always wanted a career in football. Admittedly though, it took a while for the 26-year-old to figure out what exactly that career would be, a decision that was soon made after leaving Sixth Form.

“It was always my ambition to set out to become full-time in football,” he said.

“When I started, I didn’t know what it looked like, that was just a dream of mine.

“I finished Sixth Form and had a bit of a decision to make around what to do next, it was either go get an apprenticeship or go to university, so I made the decision to go and do a coaching degree at Leeds Beckett University, that’s where I fell in love with it and thought I want to make a career out of this long-term.”

Throughout his time at Leeds Beckett University, Ras managed to find himself some vital experience, which would ultimately stand him in good stead for a future career in the game.

Speaking of the experiences, which included a job in the USA, he said: “I worked at Chesterfield FC when I was at university and worked a bit with Bradford City Women, I did Leeds Beckett University men’s team and once I finished my degree, I received a random phone call from somebody I’d coached saying there’s an opportunity to go and work with Chicago Fire in the MLS, in their youth setup, working with their junior teams as they call it over there. 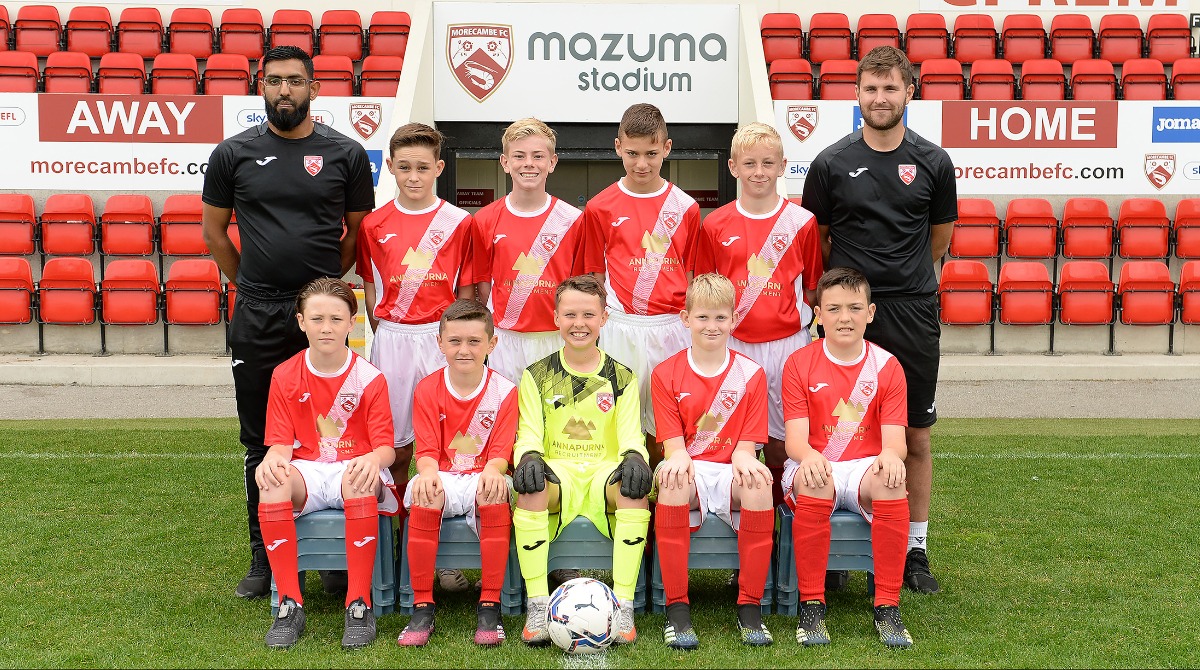 “I went out there for nine months, spent a season out there and then when I got back, I picked up a role at Burnley FC In The Community doing what’s called the Primary Stars programme, where you coach in primary schools during the day and development centres at night.”

After a spell in East Lancashire with the Clarets’ community team, an old friend got in touch with Ras, shortly after the Club landed its category three status, with an opportunity that was too good to turn down, and one that landed him at the Mazuma Stadium.

“I’d worked with him at uni doing the university football team, he knew I was local to the area, he explained to me he’d come in full-time at Morecambe and wondered if I wanted to join him on a part-time basis, that’s what I did.

“I first got involved, part-time, working with the U9s age group and then that grew into a full-time role when James left, he left going on two years now, so I stepped into the role full-time and took his position once he moved on.

Part of his role as Lead Foundation Phase Coach, Ras looks after the U7 to U12 age groups who train three times and play once a week, and with coaching being his passion, the job comes with many rewards to Ras and the team.