Life in a football Academy setting is a busy one for all involved, especially for player parents and guardians.

From early starts and late finishes to clocking up hundreds of miles a week on Britain’s motorways just to make training sessions and games, it’s fair to say that the commitments and sacrifices aren’t just made by the players.

Paul McKean, 45, has two sons in the Academy, who play in the U16s and U11s respectively. Based in Warrington and having to make the long trip multiple times a week, McKean says his family rely on the support network within the Club.

“We live in Warrington, so we travel from there, you need to rely on others to help out, to get the two of them here at different times,” he said.

“Luckily, we’ve got two cars so my wife goes with one and I go with the other, so it seems to work well, but we do rely on other parents for a bit of support.

“Tuesday night there’s training for both of the lads, different times unfortunately, so we’ve got to rely on a few favours.

“Luckily, for one of the boys , there’s two of his mates that live very close to where we do so we can rely on favours that way, so we take turns.

“Tuesday night I was here with the youngest, and as we were leaving, my eldest was arriving to do his session with the U16s and U17s!

“Thursdays are exactly the same, one starts early and the other is late due to their age groups." 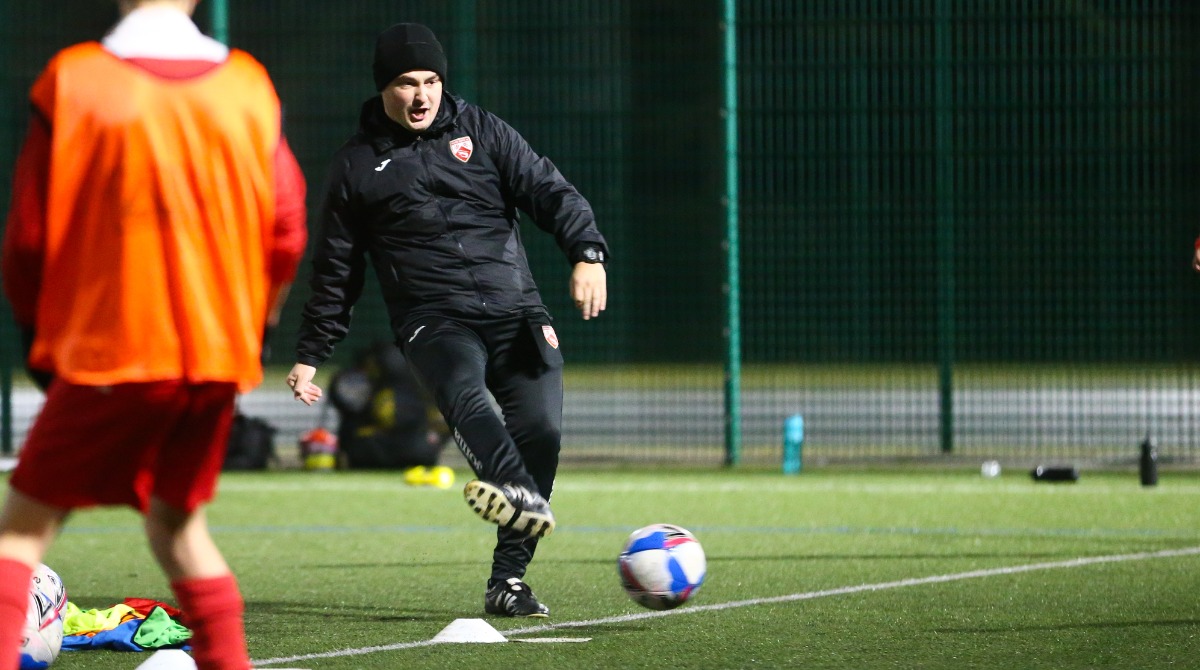 Since arriving within the Academy, both players have gone from strength to strength, which for Paul, is testament to the work of the coaches.

“My eldest was doing well for his grassroots team and one of the scouts came out to watch him on a number of occasions and they asked him to come in for a trial, he did really well at his trial, and he signed within four weeks of an eight-week trial,” he added.

“He’s been given loads of opportunities, that’s what I love about the club, if they’re doing well, they’ll push them and play them up and he was actually offered a pre-scholar at 15.

“He is just loving his football at the minute, and he’s made so much progress since coming in from grassroots into the Academy structure.

“The coaches are fantastic, you see them out there having a laugh and a joke with them, but they make them work hard.

“He loves it here, so it seems to be the right move for him at his age and stage of development.”