From Spurs to Scottish Cup Finalists, the Shrimps and back again, Stephen Robinson has his sights set on the capital as he returns to north London for the first time since leaving Tottenham Hotspur back in 1994.

As a young boy from Northern Ireland, Robinson readied himself to leave home and move to England, though nothing could have prepared him for what was to come. As if a new way of life away from his family wasn’t hard enough as an 14-years-old, starting his career on the treatment table certainly wasn’t part of the plan.

After turning down Manchester United and Rangers to join Spurs, Robinson had to battle back from the sidelines to give himself a fighting chance at making it as a professional footballer, but his spirits were kept high on the treatment table, by the one and only Paul Gascoigne.

“My dad got phone calls off Sir Alex Ferguson and then Graeme Souness at Rangers, my brother-in-law wasn’t happy when I chose Spurs as he was a massive Rangers fans, so that didn’t got down well in the family,” Robinson said.

“At 14 I had the chance to sign a six-year contract with Manchester United, Rangers and Tottenham, something which is unheard of now. I chose to go to Spurs and actually started when I was 15.

“I had a really bad back injury, a disk problem that needed rehab, I had an operation in Northern Ireland by someone who was considered one of the best surgeons and signed for Spurs injured.

“It was a difficult start for me as I wasn’t playing. I was in rehab with Gazza, it was the time that he did his knee, so we did our rehab together. 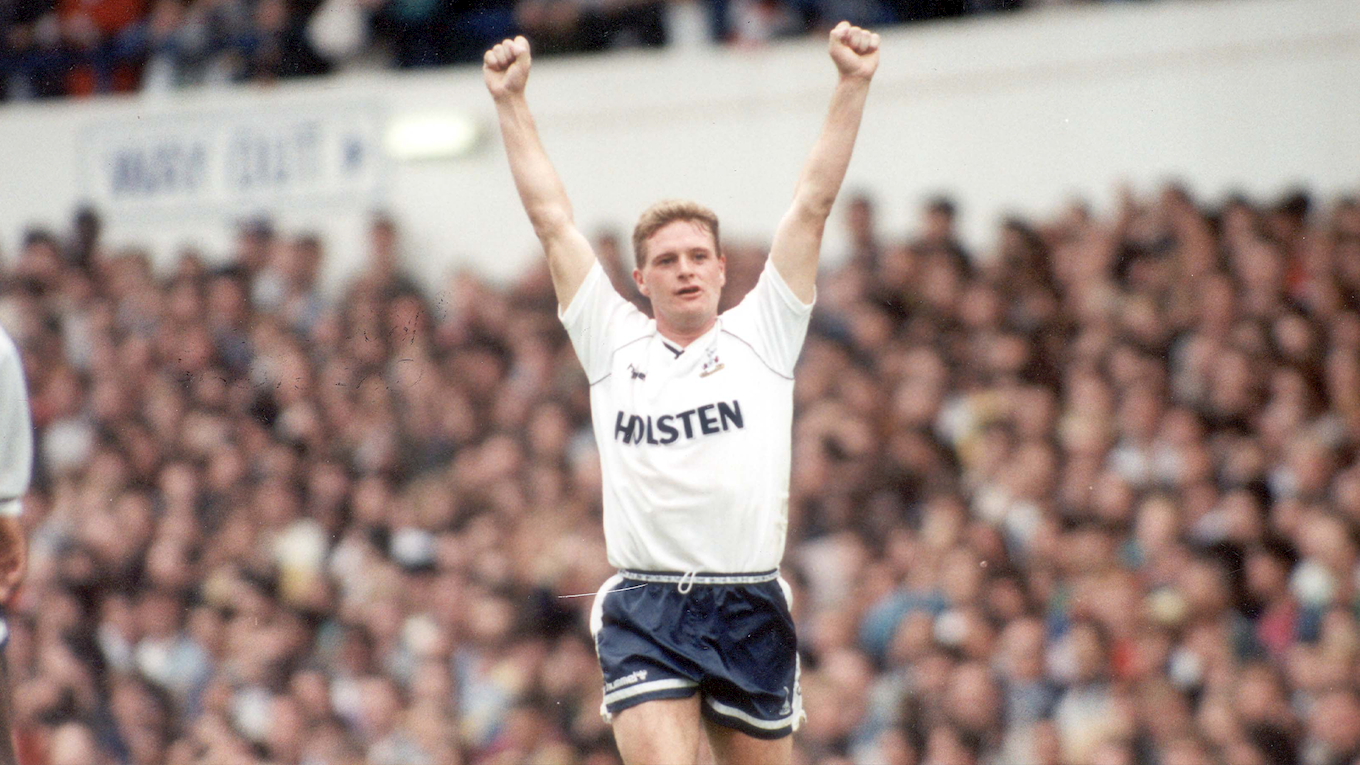 “I think it was just after the World Cup in 1990, he had come back and got injured that season, he was just an incredible guy, one of the nicest blokes you could ever want to meet and he just knew everybody.

“He was mad, crazy, funny but he kept everyone going but in terms of his work ethic and class, he was just brilliant, he was great with the young lads.

“We used to go swimming together when we were both struggling with our injuries, you look back on it now and you took it for granted at the time. He was probably, for me, one of the first superstars in football, I am really happy to see him back in good health now.”

Robinson was handed a professional contract by Terry Venables, but it was under Argentine World Cup winner Osvaldo ‘Ossie' Ardiles that he was handed his debut for the club in 1993 - in a 1-0 defeat to Blackburn Rovers at Ewood Park.

Before going on to make a second appearance for Spurs in a draw against Queens Park Rangers a few weeks later, the Northern Irishman says he didn’t have time to be nervous about leading the line for a club in England’s top division.

“I was lucky because I signed under Terry Venables, schoolboy forms first of all and then a professional contract after that, Ossie took over and he was fantastic, a philosophy about football that I have never seen before,” he added.

“It was defend with two and attack with everyone else, so Steve Sedgley and Justin Edinburgh, god rest his soul, probably weren’t too happy with that but it was the era of the famous five at Spurs before Jurgen [Klinsmann] that I played.

“Ossie threw me in against Blackburn, they would go on to be league champions the year after and that was a huge test, I didn’t see it coming. I had scored two goals against Arsenal in the reserves the weekend before - Teddy [Sherringham] was injured and they hadn’t signed Jurgen yet, and Ossie told me about 20 minutes before that I was starting up front. 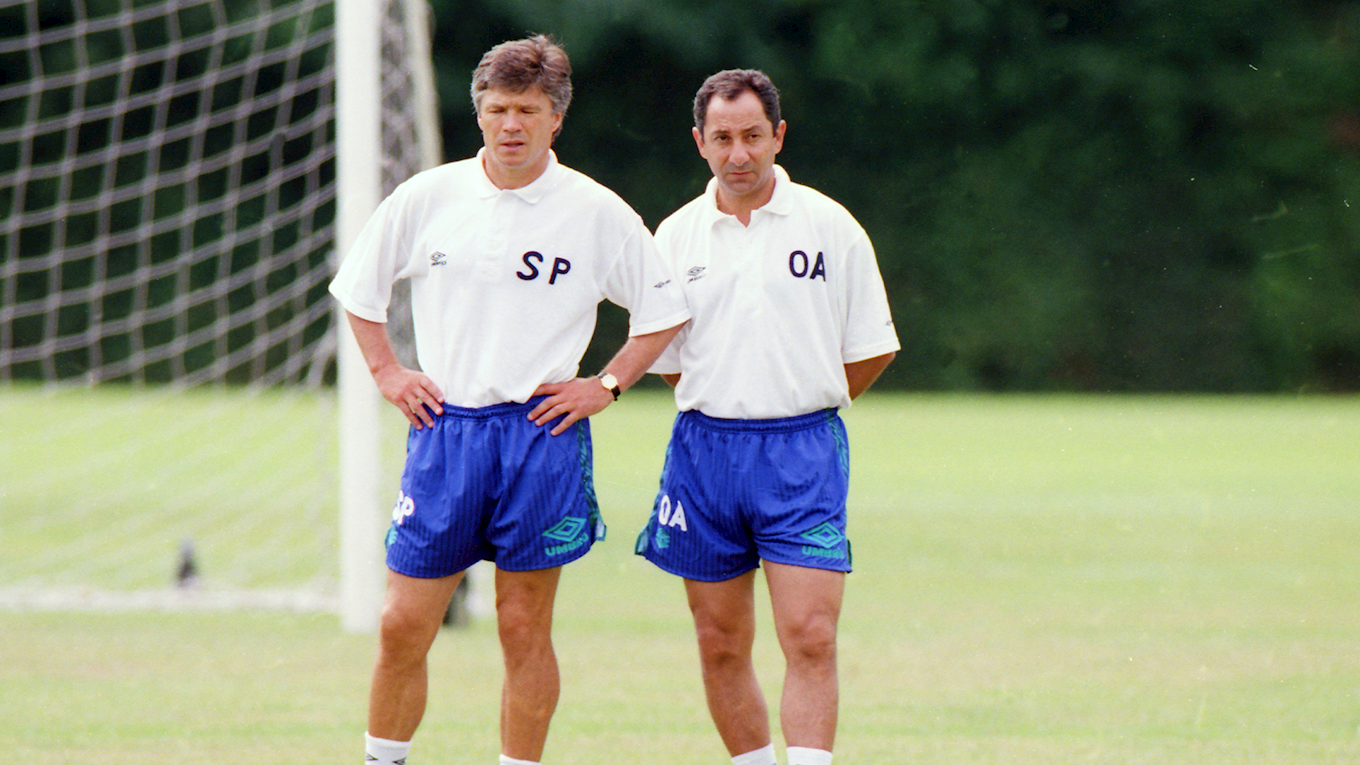 “I didn’t have time to be nervous, I wasn’t nervous, I was a cocky, confident young kid in those days, I have become a bit reserved or shy as the years have gone on.

“Then I came on as a substitute against QPR, you think that you are building a bit of momentum, QPR is a brilliant stadium, the atmosphere and I nearly scored, sometimes you are inches away from your life being completely different.

“It is those fine margins and fine lines that sometimes go for you and sometimes don’t, and on that occasion it unfortunately didn’t.”

The Shrimps travel to Tottenham on Sunday looking to write some FA Cup history of their own. Should they sneak past Spurs in Round Three it would be the first time the Club has reached Round Four in its 101-year history.

The 47-year-old has already written his own chapter in FA Cup history, he was part of the Luton Town team that came so close to an upset against Premier League giants and at-the-time European Champions, Liverpool, at Kenilworth Road.

Robinson scored to make it 2-1 to the Hatters, in a game that is remembered for Xabi Alonso’s goal from his own half to wrap a 5-3 victory for Rafael Benítez’s side.

“I have that [Luton] shirt from that game up on my wall, I’ve got the picture of Jamie [Carragher] on the floor and Stevie G [Steven Gerrard] with the hands on his head, not that I am living off that, whatsoever,” he joked.

“We were flying high at the time, we were top of the Championship and we genuinely believed we could beat them, Liverpool put a strong team out, not their strongest but a very good side, they took the lead, Stevie G with his first touch and hit one into the bottom corner.

“We were fantastic, we were really good and we were 3-1 up at one stage, we all thought we were going to win it at that stage, we were just too caviller as a team, we bombed forward and when you do that against a quality opposition you’re bound to get punished.

“I think as a game it was an all-time classic, Alonso’s goal is the one you always see getting replayed because he scored from the half-way line.

“My best-friend was in the stand and we agreed that I would do the most ridiculous celebration if I scored, thinking I would never score, so that’s why I patted the top of my head, if you ever look at it you will see me doing that and that’s the reason behind it.

“I played about another 400 games but that is the one game and goal that seems to be remembered for me. Luton was a club that I love dearly, it was a brilliant football club and it brings back some great memories for me.”

The Shrimps face a similar challenge on Sunday to the one that Robinson faced 16-years ago, and the gaffer is under no illusion how difficult a task it will be for his players, but admits that he is looking forward to facing fellow manager Antonio Conte.

“A lot of these players were part of the team that made the Champions League Final a few years ago and I don’t know if I should be proud of that or afraid of it, hopefully Antonio [Conte] will rest a few of them on the day,” he said with wry smile. 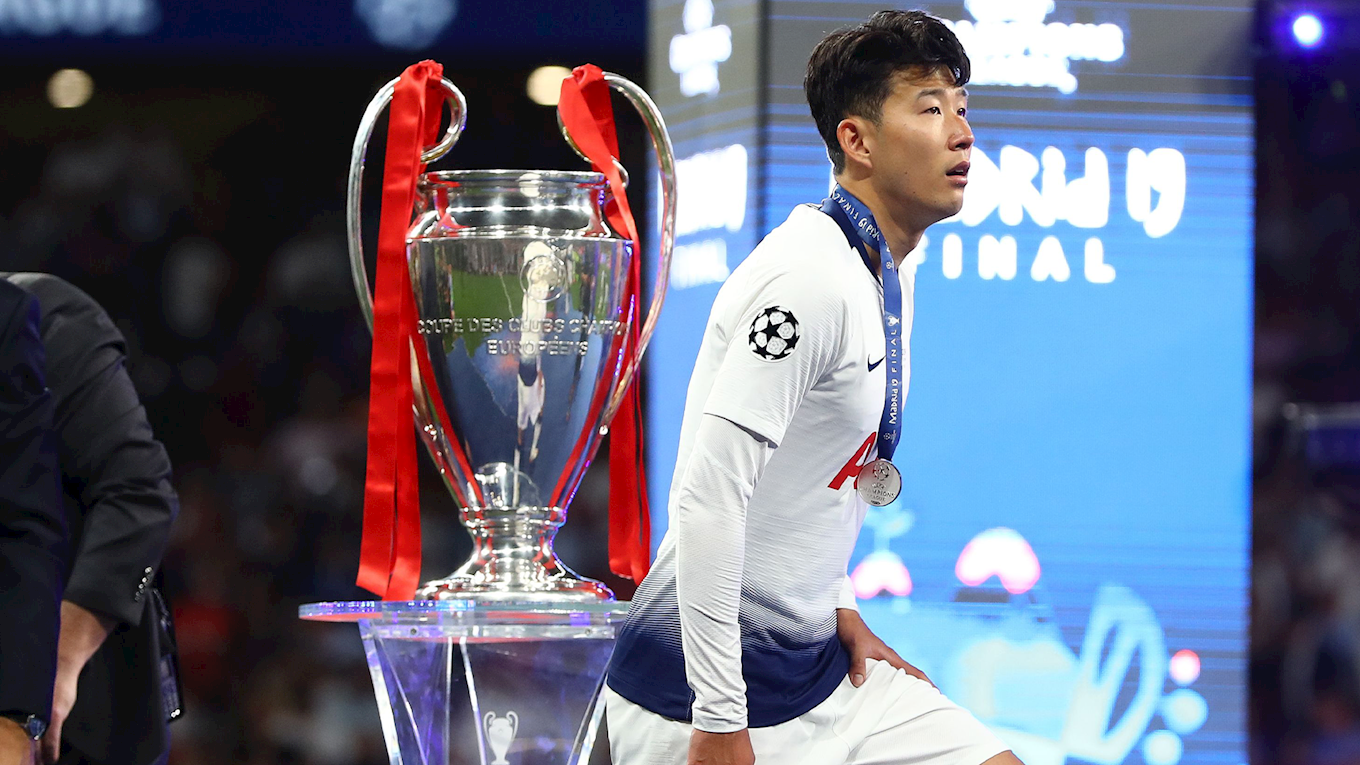 “We are not going there to try and make up the numbers and take pictures and all that stuff which I hate, you can do all that afterwards, we want to make a game of it as much as we can and that’s what we will try and do on the day.

“I like the way he plays, I like the way his team presses, he plays 3-5-2 a lot and we watched a load of clips from the Liverpool game on how they pressed, obviously they have a different level of player, but there is a lot you can learn from Antonio Conte.

“I like the way the Italians play, their defensive systems, and it would be great to have one of his special bottles of wines after the game as well. Just to be on the touch-line against him will be fantastic, the European Championships that I was involved in, you were up against top-quality managers and this will be another great experience.”

As the Shrimps fans descend on the capital, Robinson is hoping that his players can put in a performance of the highest level and reward the fans, after missing out on a trip to Stamford Bridge last season due to the pandemic.

This fixture provides an opportunity for further growth at Morecambe Football Club, something that Robinson is the driving force behind, on and off the field. 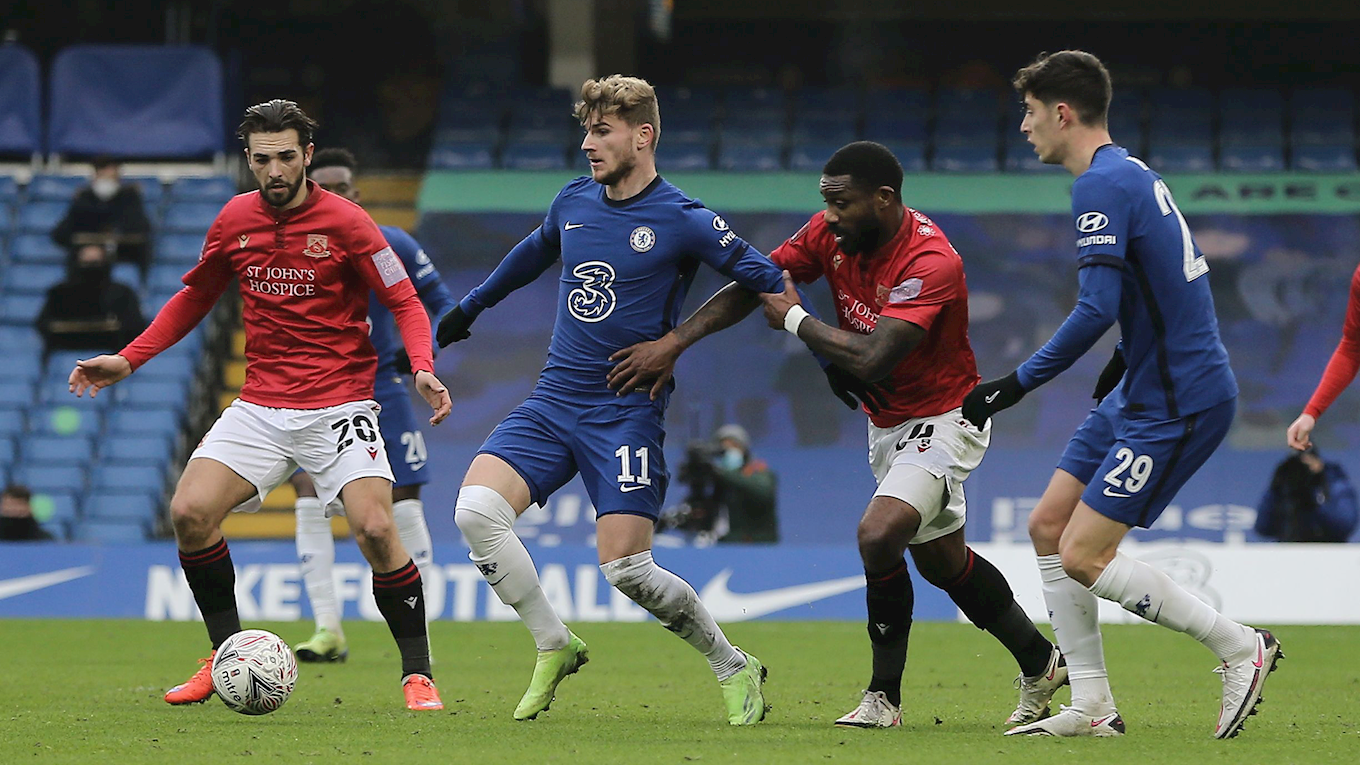 “This will be a season that will be remembered for a long, long time in the Club’s history and we want to go out there and make sure the fans enjoy every last minute of it.

“When you get a tie like this you hope it is away, the likelihood of winning is quite low, I would imagine that the board would have been rubbing their hands together when they saw the draw, a Club like ourselves survive on a bit of luck like that.

“I’ve said it a couple of times that we haven’t got a League One infrastructure and we are trying our best to change that, that is one of the main part of my job and ties like this help our short, medium and long term goals.”