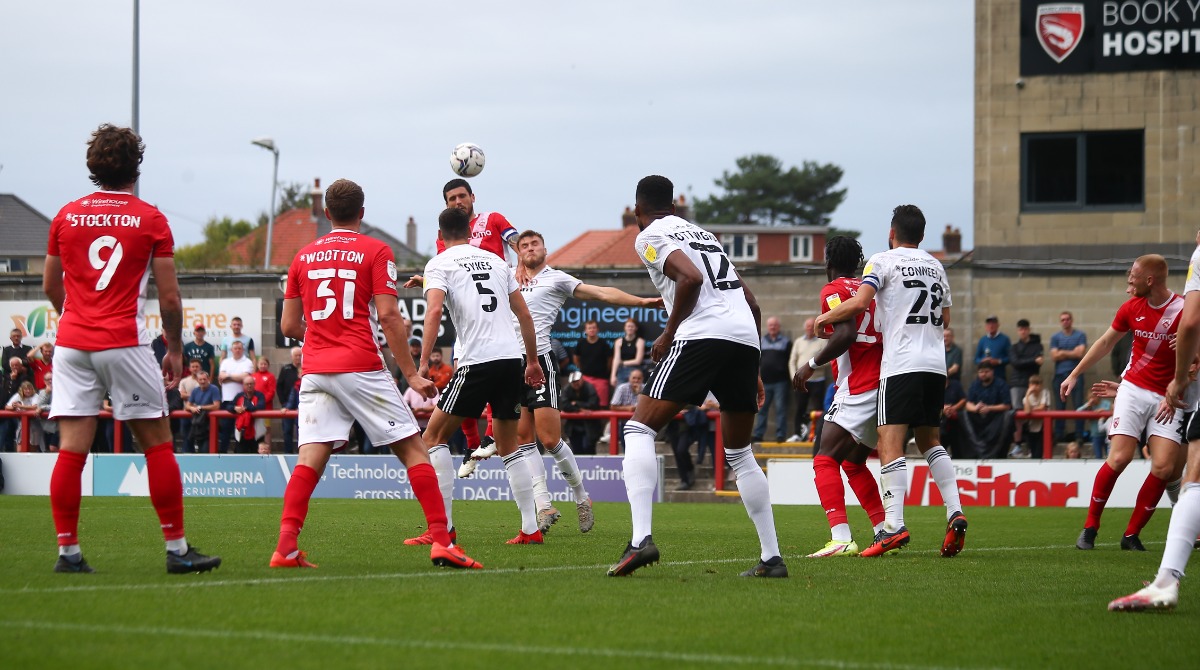 Following their reformation in 1968 after previously being liquidated due to financial difficulties, Stanley have become one of the EFL’s household names. In 2003, the East Lancashire side were promoted to the English conference for the first time, and it only took them three years before reaching the football league.

After 12 years, Stanley were promoted as 2017/18 League Two Champions to League One where they’ve remained ever since.

Since their origin, Stanley have competed at the Wham Stadium, where following years of refurbishment, the capacity currently stands at 5,450, with 3,100 seats.

Former Shrimps’ player John Coleman is well into his second stint as manager after an initial 12-and-a-half-year spell at the helm. To-date, the Liverpool-born 59-year-old has taken charge of an impressive 701 games for the reds.

Central defender Michael Nottingham enjoyed a strong 2021/22 campaign and claimed a number of end-of-season accolades from the Club. The 33-year-old played in all 46 League games as well as four Papa John’s Trophy matches, and an FA Cup and Carabao Cup each. He scored eight goals and provided one assist in all 52 matches and is certainly one to watch next season.

Stanley finished comfortably in midtable last campaign, securing 12th spot on 61 points. Out of 46 league matches, they won 17, drew 10 and lost 19, averaging out at 1.33 points-per-game and scored 61 goals whilst conceding 80. 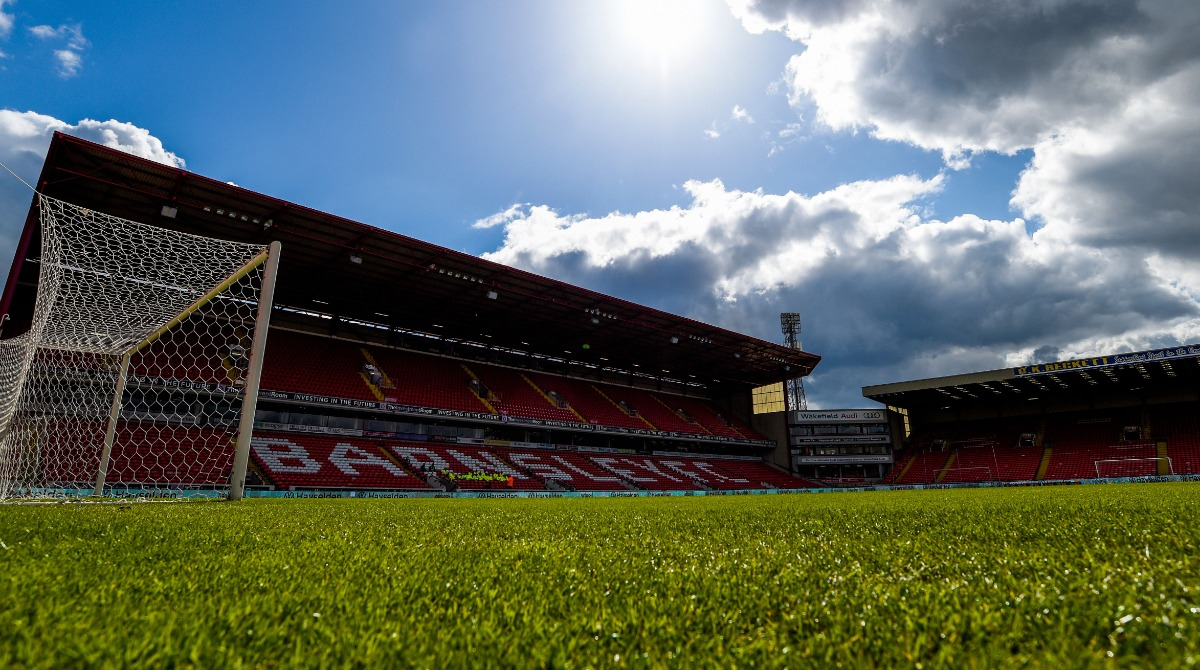 Following a disappointing season culminating in relegation, the Tykes will face the Shrimps for the first time competitively in the EFL next campaign.

Founded in 1887, the then-titled Barnsley St Peters established them in English football and in 1912, they beat all odds to lift the FA Cup, an achievement that earned a name change to Battling Barnsley. The South-Yorkshire side gained promotion to the Premier League in 1997, but were relegated back to the first division after a year in the top flight. Since then, the Tykes have spent most of their time between the Championship and League One.

Oakwell is the home of Barnsley FC, a traditional fully seated ground with four stands overlooking the pitch, with a capacity of 23,287.

After earning 44% of the Player of the Season vote, goalkeeper Brad Collins was the standout Tyke for Barnsley last season. Out of the 40 games he played, he managed to keep eight clean sheets, equating to one fifth. 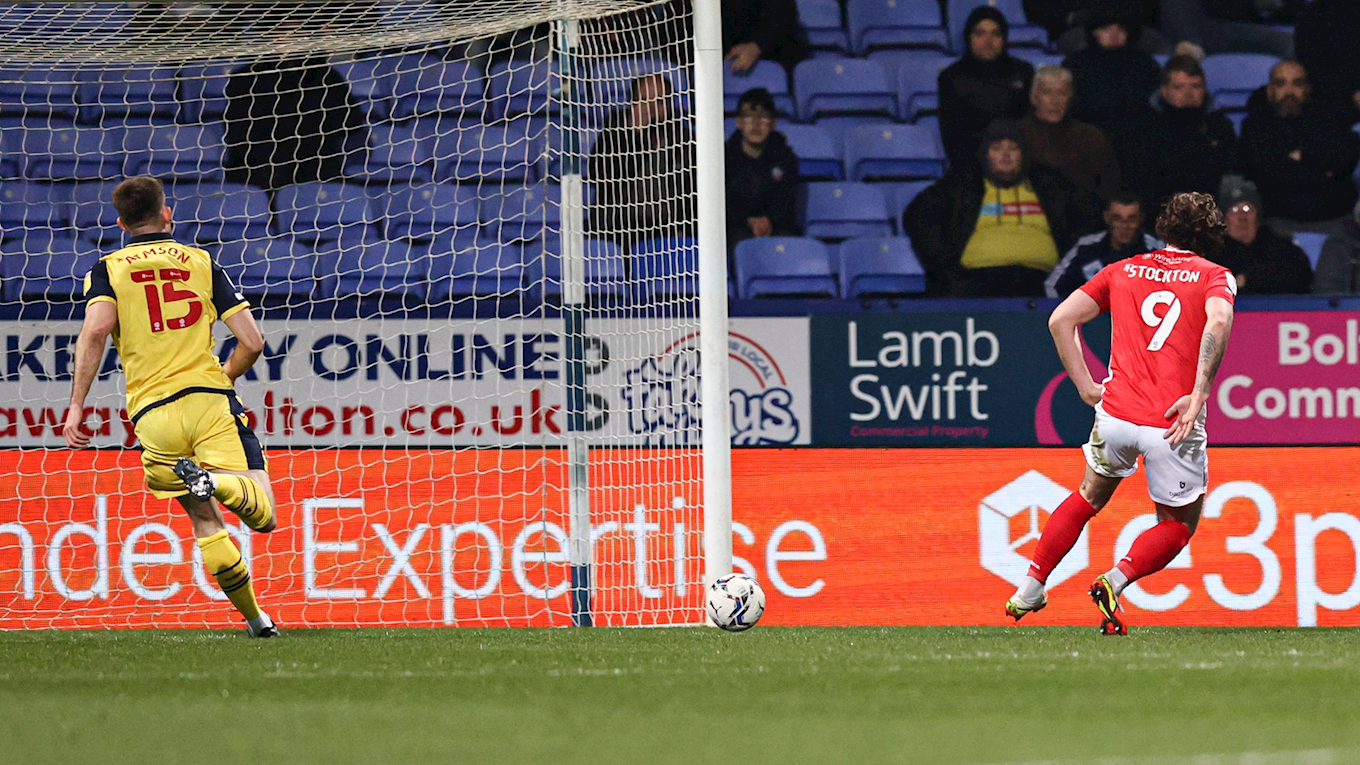 Initially formed in 1874 as Christ Church FC, Bolton Wanderers FC became established in 1877 and became one of the 12 founding members of the Football League. In addition, former Wanderers’ forward Kenny Davenport scored the first ever football league goal in a fixture against Derby County in 1888.

The Trotters won the coveted FA Cup in 1923 after defeating West Ham United in front of an estimated 127,000 fans.

Wanderers became a top-flight club for the first time in 1995 after winning a first division Play-Off Final against Reading at Wembley Stadium, though they were relegated the following season.

A number of seasons yo-yoing between the top two divisions followed before properly establishing themselves in the Premier League under Sam Allardyce in 2001, and they remained there until 2012.

Several troublesome years followed which saw the Trotters relegated to the bottom tier of the Football League, although new ownership has steadied the ship and, under the guidance of former Blackpool man Ian Evatt, they were promoted back to League One alongside Morecambe in the 2020/21 campaign.

Burnden Park was the home of Bolton Wanderers in 1997, before they moved to the formally known Reebok Stadium, which is now known as the University of Bolton Stadium. The 28,723 capacity stadium is the only one in the top four tiers of English football to have two tunnels.

Wanderers’ first season back in League One was a successful one, finishing 9th on 73 points. Evatt’s men won 21 games, drew 10 and lost 15 to secure a top half finish, and were outsiders for the Play-Offs as the season drew to a close. The Trotters will be hoping to go one step further next season in their fight to get back to where they once belonged. 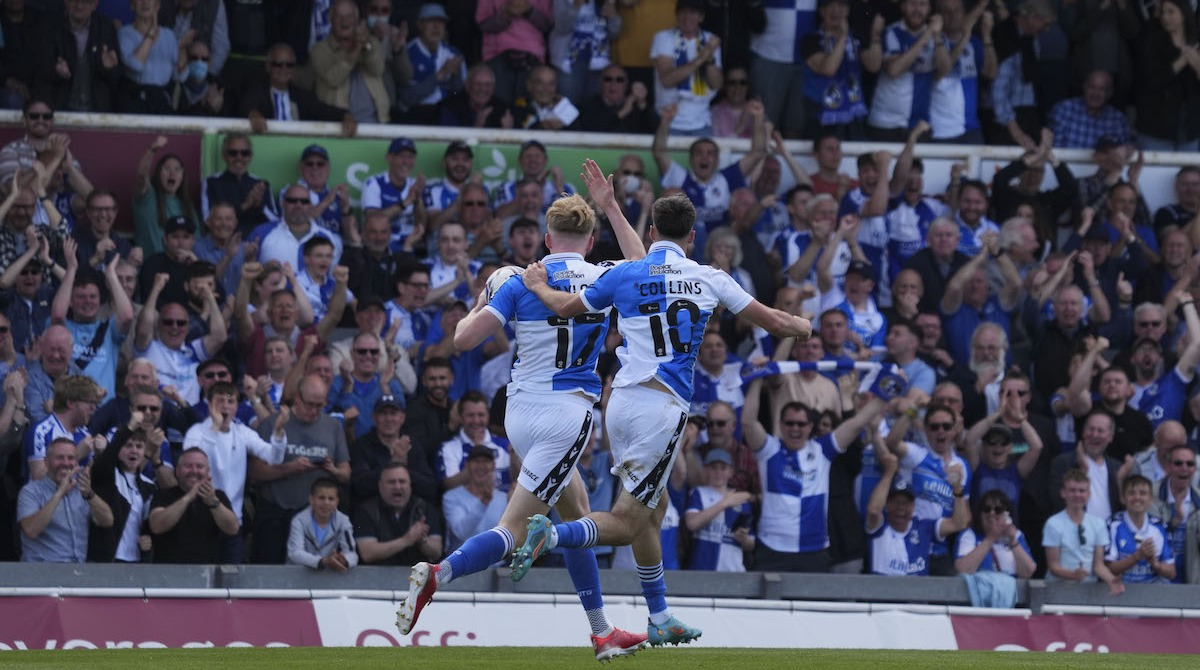 They were first promoted to League One in 2007 after Play-Off victory, but found themselves playing non-league football until promotion back to the football league in 2015 through the Play-Offs.

Despite relegation at the end of the 2020/21 campaign, manager Joey Barton guided the Club back to League One at the first time of asking following a dramatic League Two final day victory over relegated Scunthorpe United in May 2022.

Rovers played a large portion of their footballing history at Eastville Stadium, from 1897 to 1986, before spending ten years at Twerton Park.

In 1996, the Club moved to the Memorial Stadium where they’ve remained ever since. The ground’s capacity is 12,300 and occupies both standing and seated sections.

Since taking charge, the former Newcastle, QPR and Burnley midfielder has managed 72 matches, winning 29, drawing 14 and losing 29, averaging out at 1.40 points-per-match.

After being released from Harrogate Town, goalkeeper James Belshaw was unsure regarding his future in professional football. One incredible season later, and the 31-year-old not only was voted Player of the Year, but also helped guide the Pirates to automatic promotion back to Sky Bet League One.

Having featured 47 times for Barton’s men last season, the Nottingham-born shot stopper kept 17 clean sheets in 4,260 minutes of football, and has proven himself a tough opponent for any team on his day.

Following a successful season in the fourth division, Rovers bounced back to League One in spectacular fashion at the first time of asking.

Of the 46 games played, the Pirates won 23, drew 11 and lost only 12, amassing a goal difference of +22, nine less than champions Forest Green Rovers.

Despite a strong league campaign, the Gas didn’t enjoy much cup success and were eliminated in the Round One of the Carabao Cup by Cheltenham Town.

They did reach the FA Cup Third Round after beating Oxford United over two legs as well as Sutton United, but were eventually knocked out by Peterborough United.