Former Chairman, Peter McGuigan and ex-Commercial Manager, Les Taylor, have both been awarded the honour by the Shrimps, in recognition of their services to the Club.

Mr McGuigan stood down as Chairman and Director after more than 20 years in 2018.

Peter said: “I am pleased to have been offered and accepted a position as a Life Vice-President. I have many special memories in my time with the Club particularly when my late father Jim McGuigan performed the opening ceremony at the new stadium.

"I wish the Club every success in the future.” 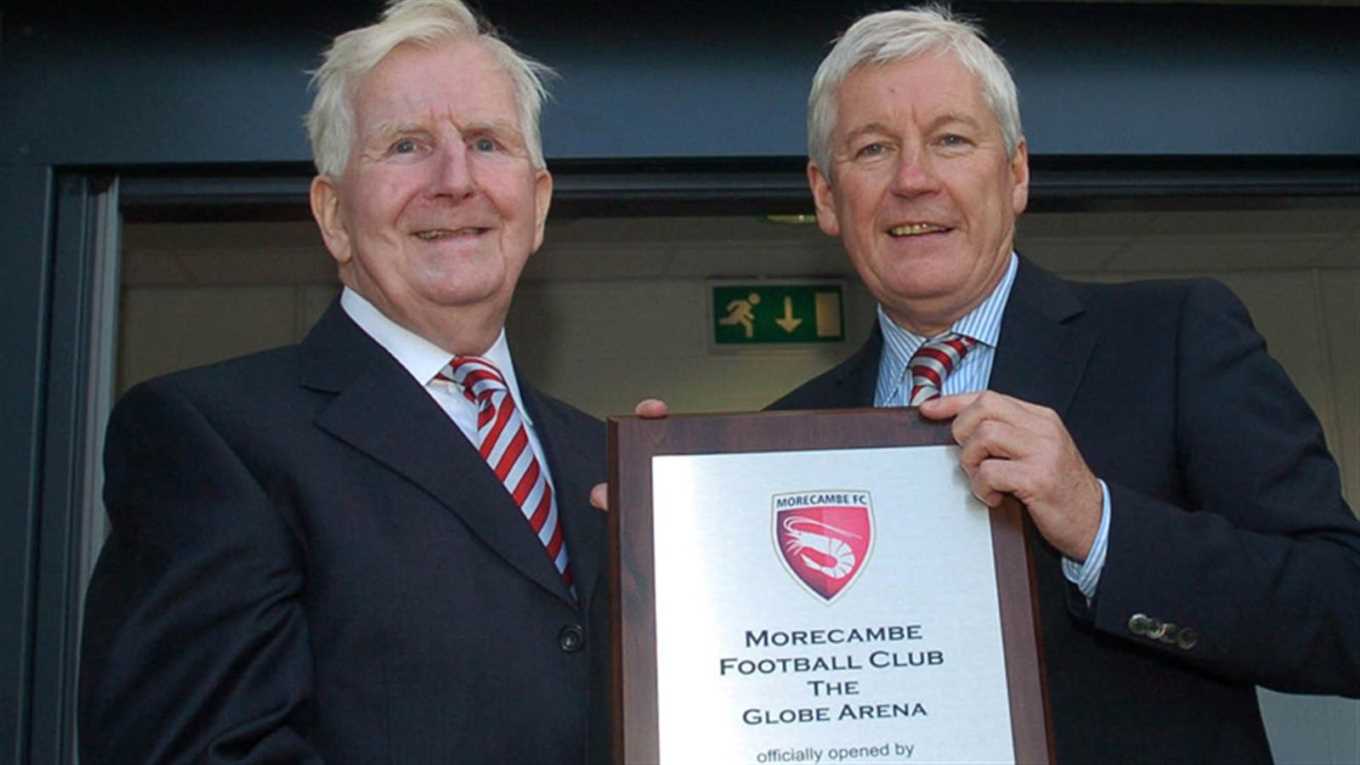 Les, who played a key role in getting the Club back on its feet after a difficult period in the early 1980s, said: "Morecambe Football Club has a big place in my heart and I feel honoured to have been offered this role.

"To see the Club where it is today is testament to the efforts of so many people and I am delighted that the work I did has been recognised in this way.''

In announcing the appointments a statement from the Board of Directors stated: “We are delighted that both Peter and Les have accepted the offers to become Life Vice-Presidents.

"Everyone at the Club acknowledges everything Peter did for Morecambe FC and it is fair to say the Club would not have been where it is today, if it weren’t for him.”