Derek Adams is hoping his side can learn from their last meeting with MK Dons, when they travel to Stadium MK on Tuesday evening in the third round of the Carabao Cup.

The Shrimps suffered a 4-0 home defeat to Liam Manning's side back in August, but Adams is hopeful his side can take a lot from that match going into the midweek cup fixture.

"MK Dons played very well when we faced them at the Mazuma Stadium earlier this season," he said.

"They were clinical, particularly in the first half. We grew into the match in the second half, but we can learn a lot from that fixture. We can see the strengths and weaknesses in their side. There are areas we can improve upon, and there are areas that we can focus on to exploit them too."

Having beaten two Championship opponents in Stoke City and Rotherham United to reach this stage of the competition, Adams admits the side can take confidence from those two matches heading into the fixture.

"It's important we take the belief and confidence gained from those two fixtures into Tuesday," he said.

"We've played very well against the two sides we've beaten in this competition so far, and we've now progressed to this stage. This is the next challenge for us, and there's an opportunity for us to go even further."

Looking ahead to the match at Stadium MK, Adams has confirmed he will have a similar squad available for selection to that which he has recently had.

"We've got a similar squad at our disposal to recent matches," he said.

"We've still got a number of players who are out injured or are missing through illness, but we've learned to deal with that. We're looking forward to the fixture and it gives us an opportunity to progress into the next stage of the cup, which would be the first time Morecambe would have progressed that far." 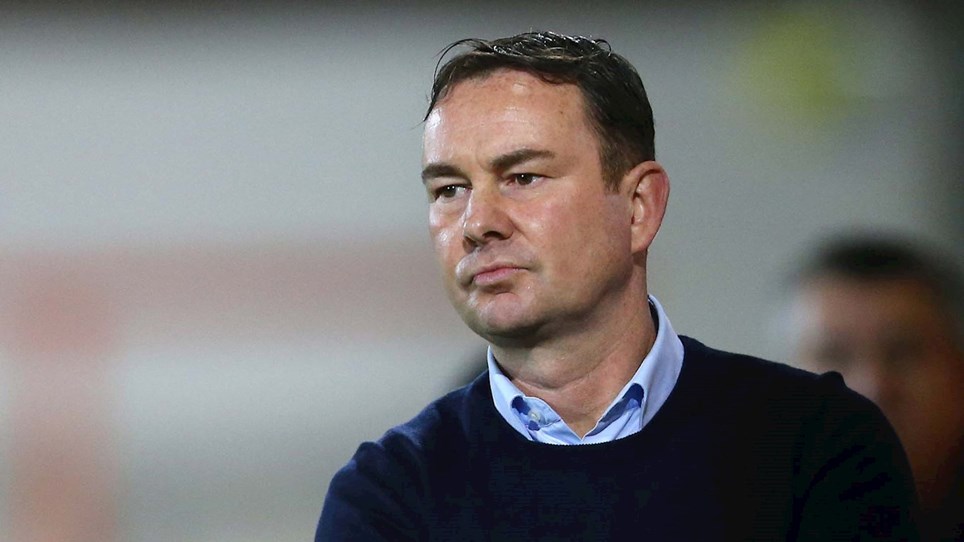 Adams: We Worked Our Socks Off


Derek Adams was pleased with his side's performance in the 1-1 draw with Derby County.


With the league table still tightly-grouped at this early stage of the season, Derek Adams admits three points is crucial.