After a week of matches on the road, Morecambe return to the Mazuma Stadium on Tuesday night to take on Derby County in Sky Bet League One.

The Shrimps won their last home game by a goal to nil a couple of weeks ago against Barnsley, as Derek Adams men also picked up a point in a 1-1 draw at Wycombe at the weekend thanks to Adam Mayor’s late equaliser straight from a corner.

Derby won their match at the weekend against Bristol Rovers by four goals to two in front of a crowd of 27,000 at Pride Park.

The Opposition
The Rams currently sit just outside the play-offs in seventh with seven wins, three draws and five defeats after 15 games.

Derby are a club with a rich history and the Rams are two time First Division winners, firstly in 1972 and again in 1975. County also won the 1946 FA Cup when they beat Charlton 4-1 at Wembley in the Final.

Head Coach Paul Warne was appointed Derby boss in September following six years at Rotherham United. While in Yorkshire, Warne managed just under 300 games with 112 wins, 65 draws and 116 defeats. The 49-year-old also played as a midfielder for Wigan, Rotherham, Oldham and Yeovil during his career making 477 career appearances between 1996 and 2012.

Key Players
Striker James Collins is Derby’s top scorer with five goals this season. Collins netted at the weekend scoring County’s second goal against Bristol Rovers. The 31-year-old is one of the most experienced strikers in the EFL and has scored 173 goals in 510 appearances which include spells at Shrewsbury, Swindon, Northampton, Crawley, Luton and Cardiff. Collins has also made 13 appearances for the Republic of Ireland and has scored twice for his country.

Winger Nathaniel Mendez-Laing has been at the centre of Derby’s success in front of goal this season. The 30-year-old has four assists so far and assisted two of the Rams goals at the weekend. After spending two years at Rochdale between 2015 and 2017, Mendez-Laing earned himself a move to Cardiff and spent time in the Championship with Middlesborough before dropping down to League One with Sheffield Wednesday last season. The winger then joined Derby in the summer.

Striker David McGoldrick is only one goal behind James Collins in Derby’s top scorers list. The six-foot-tall striker scored a first half hat-trick at the weekend which took his tally to four for the season. McGoldrick has played across the EFL with the likes of Port Vale, Nottingham Forest, Coventry and more recently Ipswich and Sheffield United. Like Collins, McGoldrick has represented the Republic of Ireland at international level 14 times.

“It’s a difficult fixture,” he said.

“They’re ones who are trying to get automatically promoted back into the Championship. We understand the threats that they have, we understand the weaknesses they have as well and we’re going to have to be very good on the night.”

Team News
Ousmane Fane and Farrend Rawson are back in contention after serving their one-match bans at the weekend. Donald Love won’t feature as he is serving a suspension after picking up his fifth booking of the season at Wycombe.

Meet The Officials
Marc Edwards will referee the match on Tuesday night and will be assisted by Jonathon Bickerdike and Gary Hilton with Mark Cunliffe acting as fourth official. Edwards has refereed ten fixtures across the EFL this season with five in League Two, three in the Papa John’s Trophy and two in League One.

The official last took charge of a Morecambe game on the first day of the season when the Shrimps drew 0-0 at Shrewsbury in July.

Ticket Details
Tickets for the fixture are now no longer available to purchase.

Watch The Match Live
If you haven't got your tickets for the match, you can tune in to watch the match live via iFollow Shrimps.

For more details and to purchase your match pass for £10, click here. 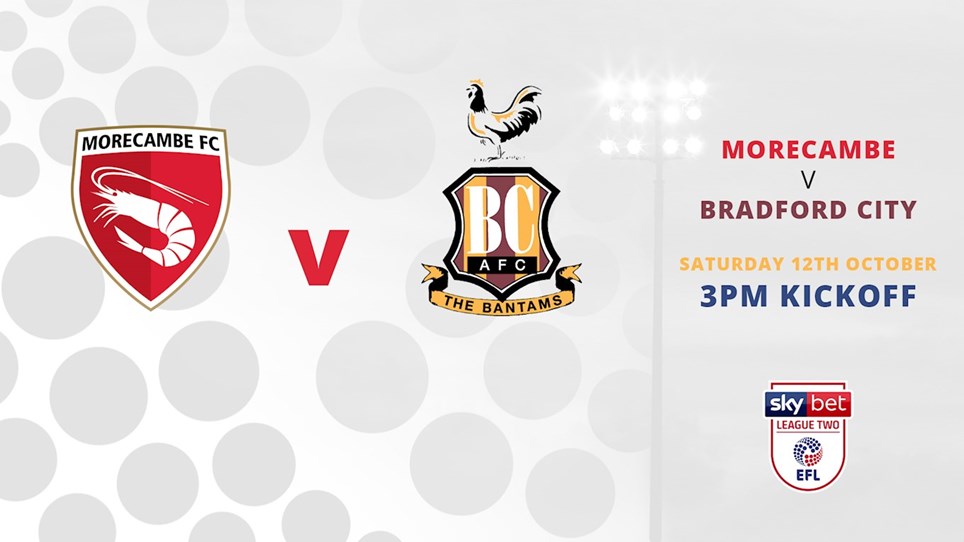 
Bradford City are the guests at the Globe Arena this Saturday afternoon as the Shrimps search for their first home victory of the SkyBet League Two campaign. 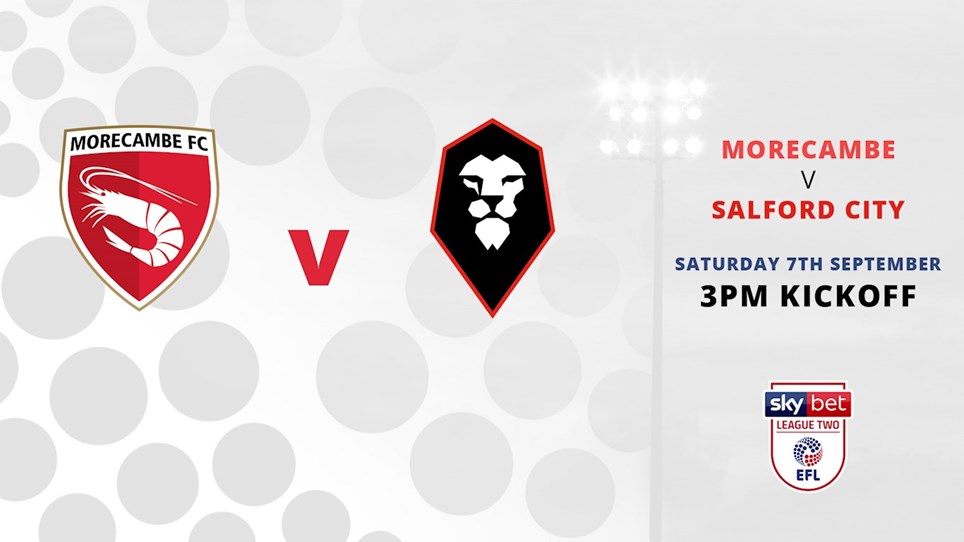 
Salford City are the guests at the Globe Arena this Saturday afternoon as Jim Bentleys side look to bounce back from consecutive SkyBet League 2 defeats. 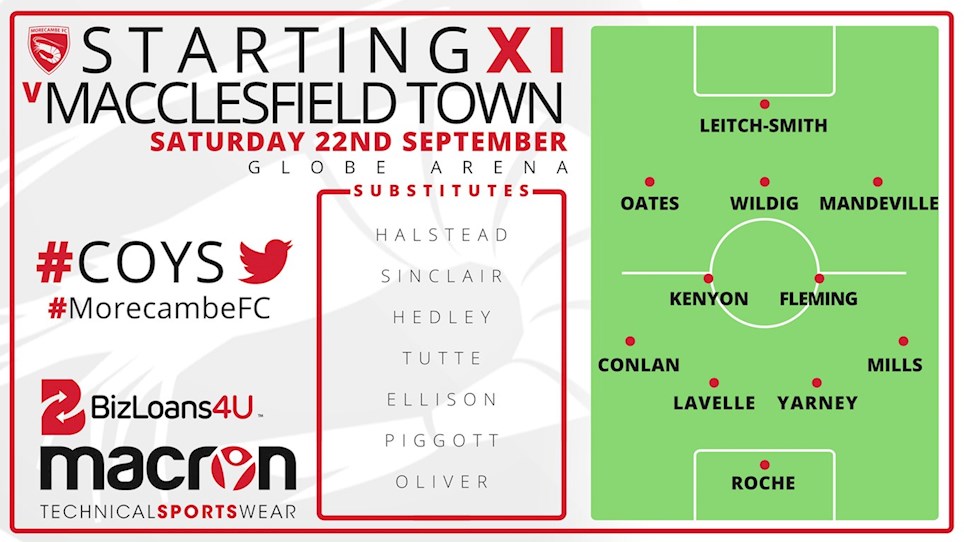 
JIM Bentley has named his side to face Macclesfield Town in this afternoon’s SkyBet League 2 fixture at the Globe Arena.