The Shrimps welcome Barnsley to the Mazuma Stadium on Saturday 22 October for the first time.

After a week of games on the road, Morecambe return to the Mazuma on Saturday for the visit of Barnsley.

Last time out in Sky Bet League One, Ryan Delaney’s excellent strike earned the Shrimps a 1-1 draw against Burton Albion. In midweek, the Shrimps were beaten 2-1 by Harrogate Town in the Papa Johns Trophy, but despite the result, Derek Adams' men qualified for the next round of the competition.

Barnsley’s last outing was a 0-0 draw against Bolton Wanderers last weekend in front of a crowd of 18,000 at the University of Bolton Stadium.

Saturday’s opponents are one time FA Cup winners, winning the competition in 1912 against West Brom. The Tykes won by a goal to nil following a replay at Brammall Lane.

Reds boss Michael Duff has only been in management since 2018 after making over 600 appearances as a centre back during his career.

The 44-year-old played for Cheltenham 300 times between 1996 and 2004 and returned to manage the Robins in 2018. Duff came close to promotion with the Cheltenham in 2020 when they lost in the League Two Play-Off Semi-Final against Northampton Town.

The Northern Irishman secured promotion to the third tier only a year later after a 1-1 draw with Carlisle United. The achievement saw him named as League Two manager of the 2020/21 season.

Midfielder Josh Benson has three goals and two assists for Barnsley this season. The 22-year-old is still finding his feet in the professional game, and made six appearances for Burnley between 2019 and 2021 as well as 11 appearances on loan at Grimsby. Benson signed for Barnsley in July 2021 and got his first goal for the Reds this season in a Carabao Cup win against Middlesborough in August.

Striker Devante Cole is the Tykes' top scorer with four goals so far. Cole last found the net at the end of September when he scored the Reds' third goal in a 3-1 win over Charlton. The 27-year-old is currently in his second spell at Barnsley after he was loaned out to Oakwell by Manchester City in 2014. Cole scored five goals in 19 appearances and has since played across the EFL at MK Dons, Bradford, Fleetwood, Wigan, Burton and Doncaster Rovers, as well as two spells in Scotland with Motherwell.

Midfielder Luca Connell has the most assists for Barnsley this season to-date with three. The youngster began his career at Bolton before moving to Scotland to join Celtic. Whilst north of the border, Connell was sent on loan to Queen’s Park before joining Barnsley in the summer. The 21-year-old has also represented Ireland from U17 to U21 level.

Barnsley Head Coach Michael Duff is expecting a difficult game on Saturday at the Mazuma Stadium.

"We don't focus on outside noise," he told Barnsley's official website.

"Football is a game based on opinions, one thing we do know, Derek's teams are hard to beat.

"They're bottom of the league, but, they're hard to beat; the year they got promoted from the Play-Offs, I think they averaged 36-37% possession - they're not bothered about possession.

"There always seems to be a good spirit there."

Simon Mather will referee the game on Saturday and will be accompanied by assistants Peter Gooch and Ivan Stankovic, as well as fourth official Richard Woodward.

Mather has taken charge of nine EFL games so far this season, three in League One, four in League Two and one each in the Papa Johns Trophy and Carabao Cup respectively.

The official was last took charge of the Shrimps in February, a 2-0 defeat away against Rotherham United. Mather also refereed Morecambe's away game against Hartlepool United in the Papa Johns Trophy last October. 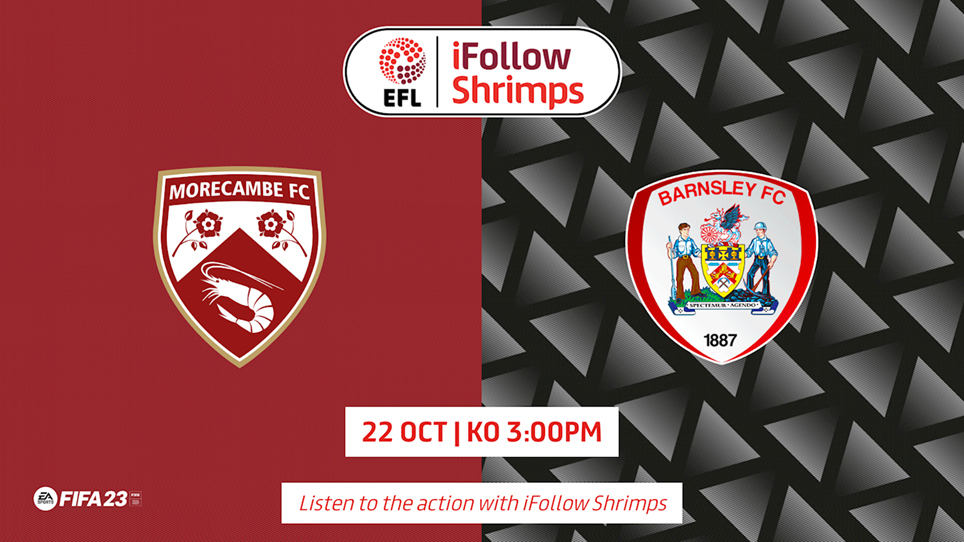 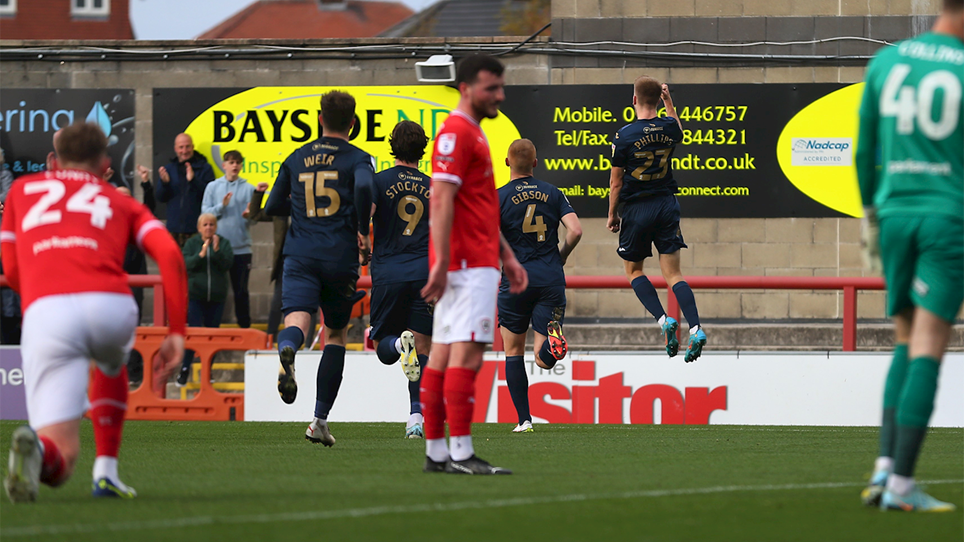 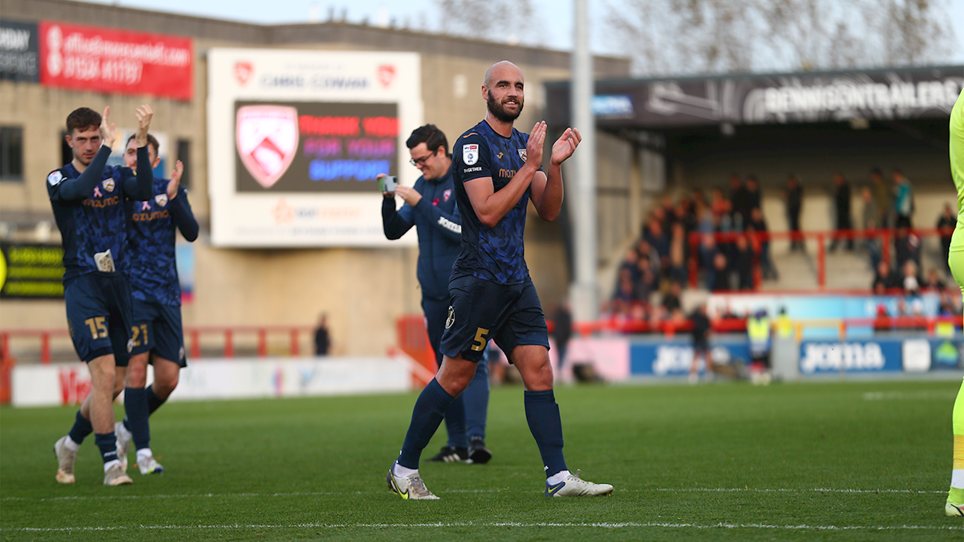 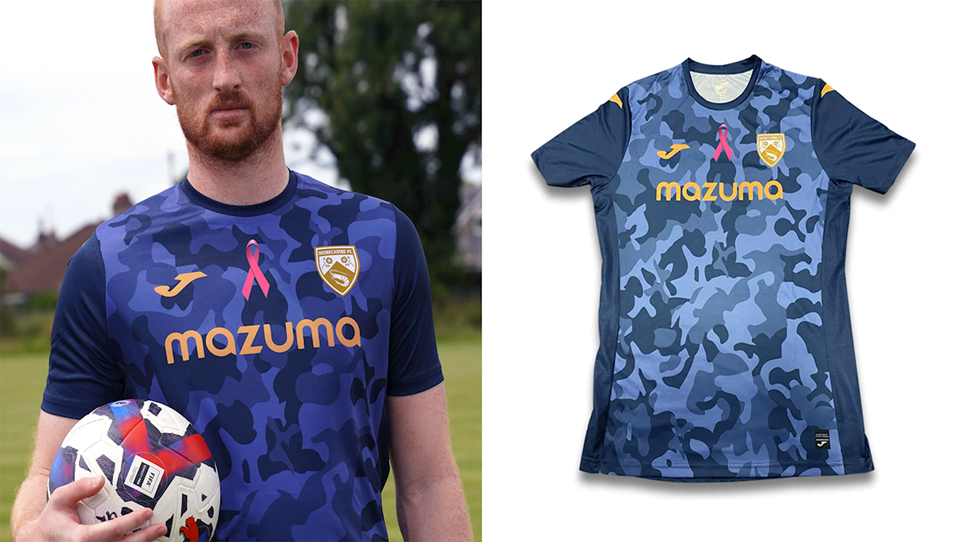