This month, our Board of Directors update is brought to you by Co-Chairman, Graham Howse, who covers a number of topics that could be of interest to our supporters;

The Board and Derek in particular appreciate how challenging a transfer window this has been. Budgeting for the whole of the Club is always a challenge as all departments require a slice of the cake, including hospitality, ground staff, stadium improvements, maintenance, academy, matchday, security - the list goes on but as we know it all flows from what happens on the pitch. Despite this, the budget remains at a record high for the Club, and at a level that allows us to be competitive in Sky Bet League One.

Derek assessed his squad in the latter part of last season as we secured our place in League One and made it clear who he felt didn’t fit into his thinking going forward. 11 new signings have come in and, including loanees returning to their parent clubs, 14 of last seasons’ squad have departed. To all our new recruits we wish them well and they will, if they haven’t already, appreciate what a close-knit Club we are, and to those departing we wish you all well with whatever the future brings and thank you for being part of the journey.

There has of course been much speculation regarding Cole Stockton during the close season. Cole signed a two-year contract with us at the start of 2021/22 season and during that season enjoyed fabulous form in front of goal and thoroughly entertained us, contributing massively to our eventual survival. It is of course a team game but wow, some of those goals last season!

It is regrettable that Cole took the decision to tender his request for a transfer during the window. However, that request could only come to fruition with a bid that met our valuation. There have been all sorts of nonsense spouted on social media by individuals who purport to know what’s going on and by lazy journalists picking up on the ramblings of keyboard warriors and others with a vested interest.

It was comforting to see the majority of Shrimps supporters making educated comments on the reality of the situation, Cole’s worth to the Club and the Board's stance. It’s not unreasonable to expect a level of bid for a striker of Coles calibre especially after the success of the last two seasons. It is well publicised that a number of clubs put forward bids, but in the later stages of the window, which the owners, the Board and more importantly Derek found derisory.

We did have a figure in mind but as with all things it’s about a willing seller and willing buyer. We certainly would have considered offers below our aspiration but no one came near enough for a compromise to be made and indeed proposed payments were spread over a long timeframe and at the outset exactly the same number, coincidence?

As the window approached its climax it would have been difficulty to secure a replacement of such a high calibre and inevitably at a high cost to us. To be clear the Board give the manager access to funds which he spends as he sees fit. Football is a village and from talking to others in my position at League One clubs it was clear to me that a number had been circulated at which to bid with the rider that we were desperate for funds and would essentially bite anyone’s hand off!

That simply is not true but I don’t blame anyone for having a punt, nothing ventured nothing gained. A value as low as was originally muted is frankly an insult to Cole in my view. There are people in football that fill players heads with star dust with the sole intention of seeing a fee and gaining some kind of benefit, that is for their conscience. I’m glad to report that here we will not be bullied into going down a road that does not sit well with the Club and its supporters.

Footballers have a limited time in the game and I understand must maximise their earning potential, but it’s a two-way street. The best way to do that is to show the big wide world how damn good you are and ensure a fair return and success for everyone. The squad is formed now and I look forward to seeing how Derek organises the pack until it all begins again in the January window!

The matter of land at the front of the stadium has been a subject of speculation recently with some rather bizarre conclusions jumped to in particular regarding a charge recently lodged at Companies House in respect of a legal mortgage with Ascot & Riley LLP.

Just to give a little background, back in early 2013, the Club was experiencing cashflow issues and sought to generate cash to assist us navigate through. in order to help, Graham Hodgson and Nigel Adams, directors at the time, purchased plot 1 from the Football Club.

This is the land between the Hurley Flyer and the new houses. In order to facilitate this, they created Ascot & Riley LLP.

The intention was always that once the Club was on firmer ground, the plot would come back into our ownership with repayment made to Ascot & Riley. An agreement was drafted to that effect but with a 10-year time limit set after which if the Club could not raise the required funds Graham and Nigel could seek to sell the land to a third party.

With the deadline approaching in early 2023, meetings were arranged in February this year to pre-empt the land falling out of Club ownership. Along with Rod, I was very keen to get this land back and have been dealing with the logistics of doing so for the best interests of the Club. Graham and Nigel, as former directors and supporters of the Club, have been hugely helpful in bringing matters to a successful conclusion.

On August 19 2022, we completed on the land purchase, however part of the agreement was that a balance due on the land was to be paid to Ascot & Riley over five years, hence the legal mortgage and the charge at Companies House.

This gives Nigel and Graham the security they deserve over the duration of the mortgage and protection from any change in Club structure and makes absolute sense to my mind. It is not, as some have suggested, a way to extract assets / cash from the Club to finance any issues the owners are experiencing elsewhere.

Simply put, a couple of former directors helped the Club in its hour of need and a plot of land has been returned to where it belongs. Thanks belong to them for their patience in the process, and the generous offer not only to allow settlement over a period of time, but that the loan is interest free. The Board are considering a number of options on how best to use the plot to the benefit of the Club and its supporters and will keep you updated on progress.

Colin and Jason took the step to resign as directors of the Club on August 29 2022 and as Company Secretary I have lodged the appropriate paperwork at Companies House.

As you will have seen last Friday, Bond Group issued a statement to outline this development and their plans for the sale of the Club. During their tenure as directors, it has been my responsibility to keep them updated on matters at the Club with the majority of that dialogue being conducted with Jason.

They have both been very complimentary as to the work of the Board and I must agree with that outlook, we have evolved into a very good team as we all have nothing but the best intentions for the Club. Both Jason and Colin will agree that the need for them to get involved in the day-to-day operation has been few and far between, so I do not see a great change in operations going forward.

As Bond Group continue to be our majority shareholder they will as is their right be updated on material matters. So, the point is, it’s business as usual.

The owners stated at the outset of their journey that they would be looking to move on after two years, they have gone considerably beyond that initial deadline, of course COVID played its part in that, but also a different kind of infection grabbed them, a love of the Football Club. What a journey we have shared!

A last day survival, League Two relegation fight, promotion to League One after another day of bringing sunshine to Wembley and League One survival, with a couple of FA Cup excursions to Premier League clubs.

The reality of the situation is the Club has been up for sale unofficially for sometime now and Jason and Colin have maintained at the outset that the sale would only be to someone with the right intentions. Rod and I have seen people come and go over the years with aspirations to get involved, Colin and Jason did exactly that and deserve our thanks and appreciation. They steadied the ship and allowed us free reign to do the job with less and less firefighting as time passed.

Ryan Daly has, as you’re likely aware, tendered his notice this last week moving on to pastures new. It is always with a sense of pride that we send someone on their way having been part of the Morecambe FC family, especially when it’s up the football pyramid and they don’t come much higher than Manchester City (he says through gritted teeth as a United fan).

I was fortunate enough along with Rod and Ben to conduct final interviews for the role, following Charlie and Ben’s work in narrowing the field. Ryan’s expertise and enthusiasm was there for all to see and his experience working at club level and with the EFL has proved to be invaluable.

We knew he could achieve higher things but selfishly wanted him to stay a little longer. The media team is all the better for his input and the Board and myself in particular wish him well for the future and the search now starts in earnest for a recement. Thanks Ryan and good luck! 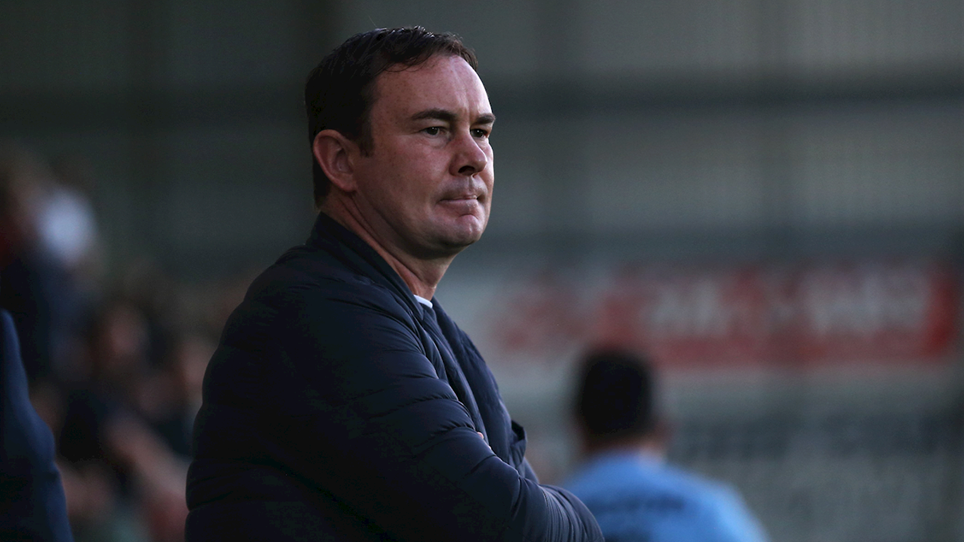 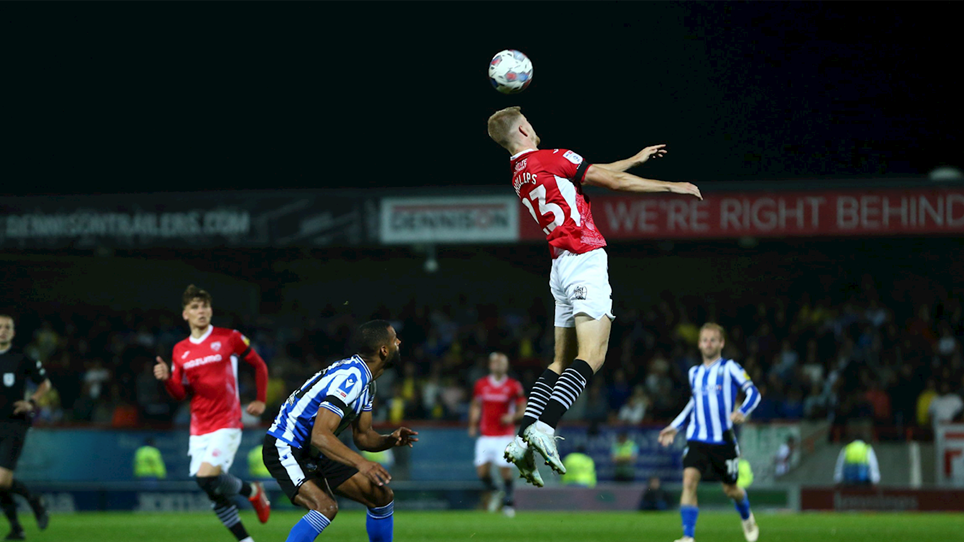 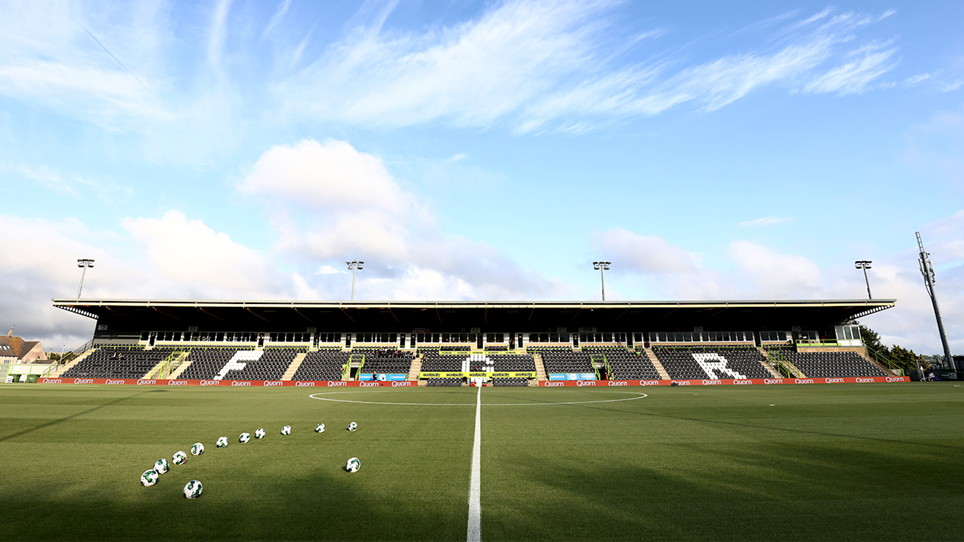 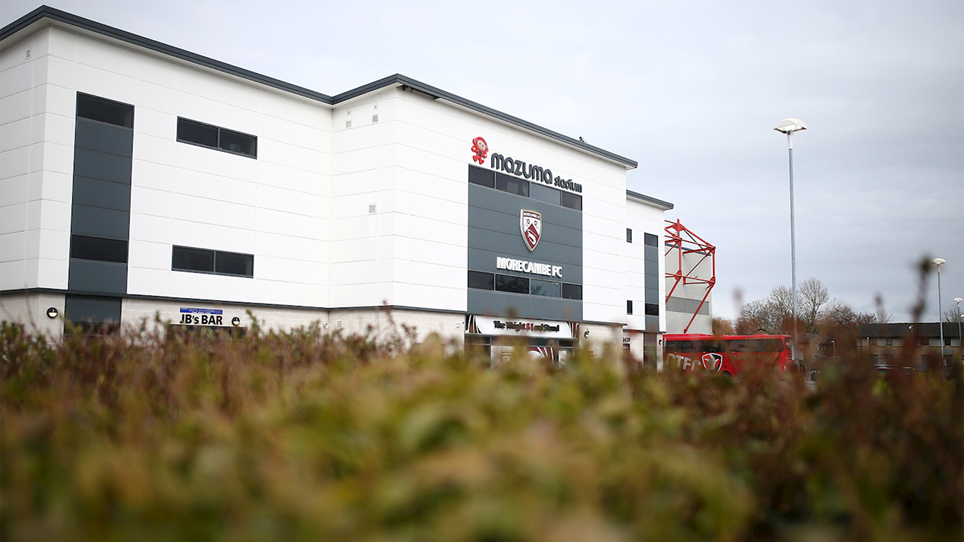 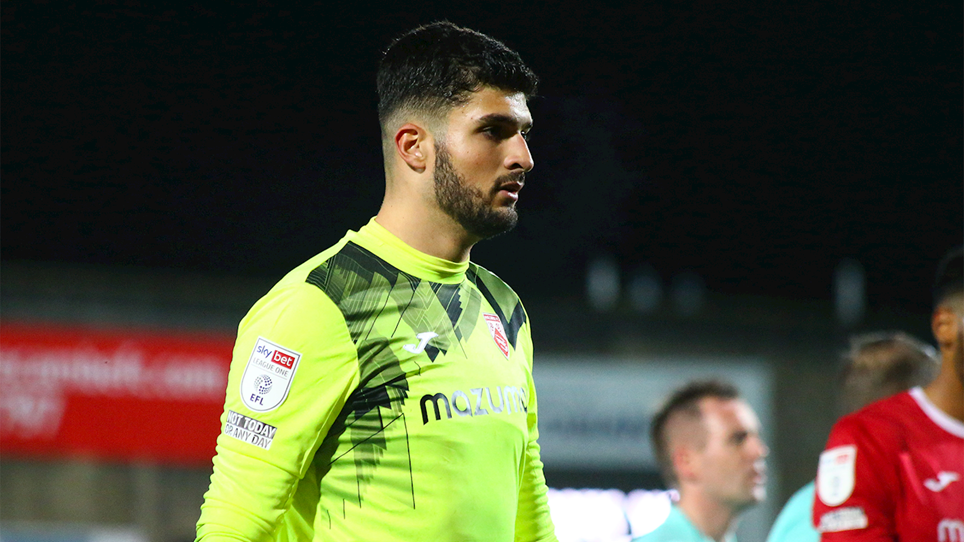