The Shrimps are back in league action at the Mazuma Stadium on Saturday 24 September as they host Cambridge United.

Morecambe will look to secure back to back wins at the Mazuma Stadium following a penalty shoot-out victory against Hartlepool United in the Papa John’s Trophy on Tuesday night. The game ended goalless before Donald Love scored the winning penalty after some impressive saves from Shrimps goalkeeper Adam Smith.

Cambridge were also in EFL Trophy action on Tuesday night, the U's faced League Two side Northampton Town at Sixfields, winning by two goals to nil.

After returning to the Football League in 2014, United have enjoyed some memorable FA Cup ties in recent years, including a 0-0 Fourth Round draw at home to Manchester United in 2015 as well as a 1-0 Third Round win away to Newcastle United last season.

When both sides met last campaign, the Cambridgeshire side took a maximum six points from both encounters. The home fixture ended 2-0 whilst the reverse meeting ended 2-1, despite a world class equalising volley from Cole Stockton.

Striker Joe Ironside has been in good form up front for Cambridge this season. The 28-year-old has scored three goals and has one assist in eleven appearances, proving his worth in the attacking third. Ironside’s most recent goals came in a 2-0 win over Lincoln City at the start of September where he netted a brace.

26-year-old Fejiri Okenabirhie was heavily influential in the Yellow’s win over Northampton in midweek, scoring two well-taken second half goals against the Cobblers. The Englishman established himself in the EFL during previous spells with Shrewsbury Town and Doncaster Rovers before making the move to Cambridgeshire in the summer.

Centre-forward Sam Smith leads United's goalscoring tally so far with four goals, including a hat-trick in a 4-3 win over Burton Albion. The 24-year-old spent his youth career between Manchester United and Reading, before senior spells with Shrewsbury Town, Tranmere Rovers, Cheltenham Town and Oxford United. His 192 professional appearances span across the Championship, League's One and Two, as well as nine appearances each in the FA and Carabao Cups.

Speaking ahead of the match, manager Derek Adams says the Shrimps are keen to get their first league win at home following last weekend's victory over Forest Green Rovers.

“We’ve won two away from home this season in the League Cup and in the league against Forest Green,” he said.

“To get a home victory would be nice and we’re probably due it with the performances we’ve had.

“We have been unfortunate not to get all three points at home so far.”

Robert Madden will be the man with the whistle on Saturday and will be assisted by Darren Williams and Steven Rushton. Samuel Barrott completes the officiating line-up as fourth official.

Madden is an experienced referee and was a FIFA official from 2010-2022 before moving from his native Scotland to officiate in the EFL.

The 43-year-old has officiated at international level as well as in the UEFA Champions League and UEFA Europa League.

Lead commentator Dave Salmon will be joined by Tom Collins, video passes for this fixture are available for £10. 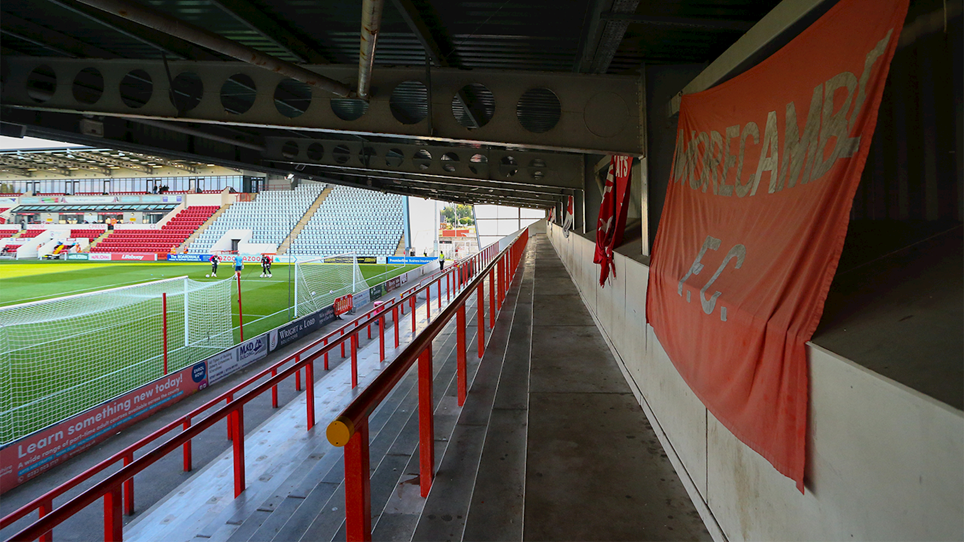 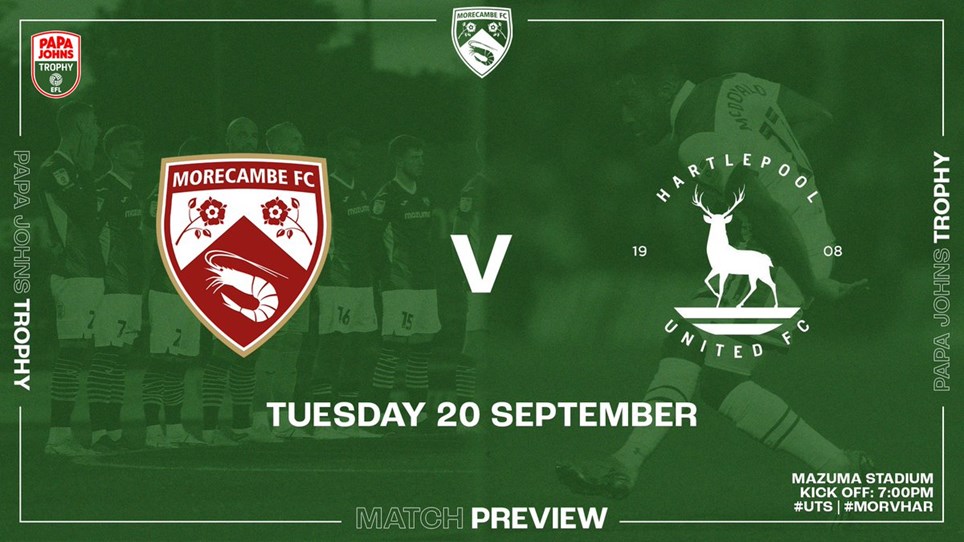 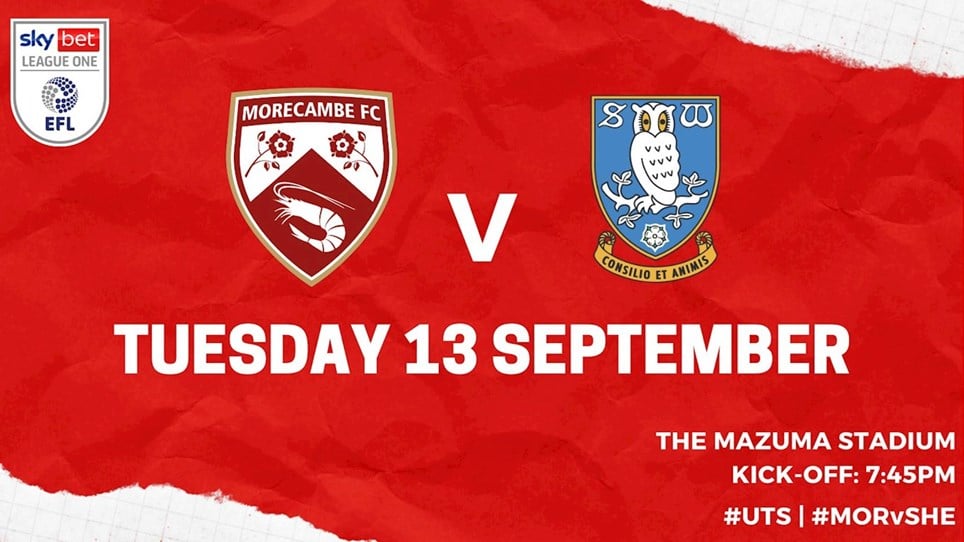