Derek Adams has named his side to face Cambridge United at the Abbey Stadium this afternoon.

The Shrimps’ Easter programme kicked off with defeat at league leaders Cambridge.

Two goals from former Morecambe striker Paul Mullin gave the home side the points with the Shrimps left wondering what may have been after missing a penalty and seeing Liam Gibson sent off early in the second half.

Cambridge took the lead in the 17th minute when Mullin poked the ball home from close range after Kyle Letheren had superbly saved Joe Ironside’s header.

Cambridge continued to look the more threatening and went close to a second on 24 minutes when Ironside’s effort forced a goal line clearance from the Shrimps’ defence.

Morecambe began to look stronger as the half came to a close but on two occasions in quick succession they failed to make the most of promising situations with poor final balls.

It was Cambridge who forged the final chance of the half with a swift counter attack. Mullin’s cross field ball found Joe Iredale in the box but his effort was well saved by Letheren at his near post.

The Shrimps looked much brighter after the break but were dealt a blow when Gibson was sent off for pulling back Mullin on 54 minutes as he looked to get onto the end of a long through ball.

The Shrimps then enjoyed their best period of the game and were awarded a penalty on 64 minutes when Greg Taylor brought down Aaron Wildig in the box only for Stockton to see his spot kick well saved by Callum Burton.

The Shrimps then thought they could have had a second penalty when Carlos Mendes Gomes was upended in the box.

To add to their frustration the Shrimps conceded a penalty of their own when Ryan Cooney was harshly adjudged to have brought town Shilow Tracey and Mullin made no mistake from the spot.

To their credit the Shrimps battled to the end again and pulled a goal back three minutes from time when young Freddie Price headed home from close range after Burton had saved Sam Lavelle’s header.

The goal gave the Shrimps the push for a late rally but despite ending the game on the front foot they couldn’t find a leveller. 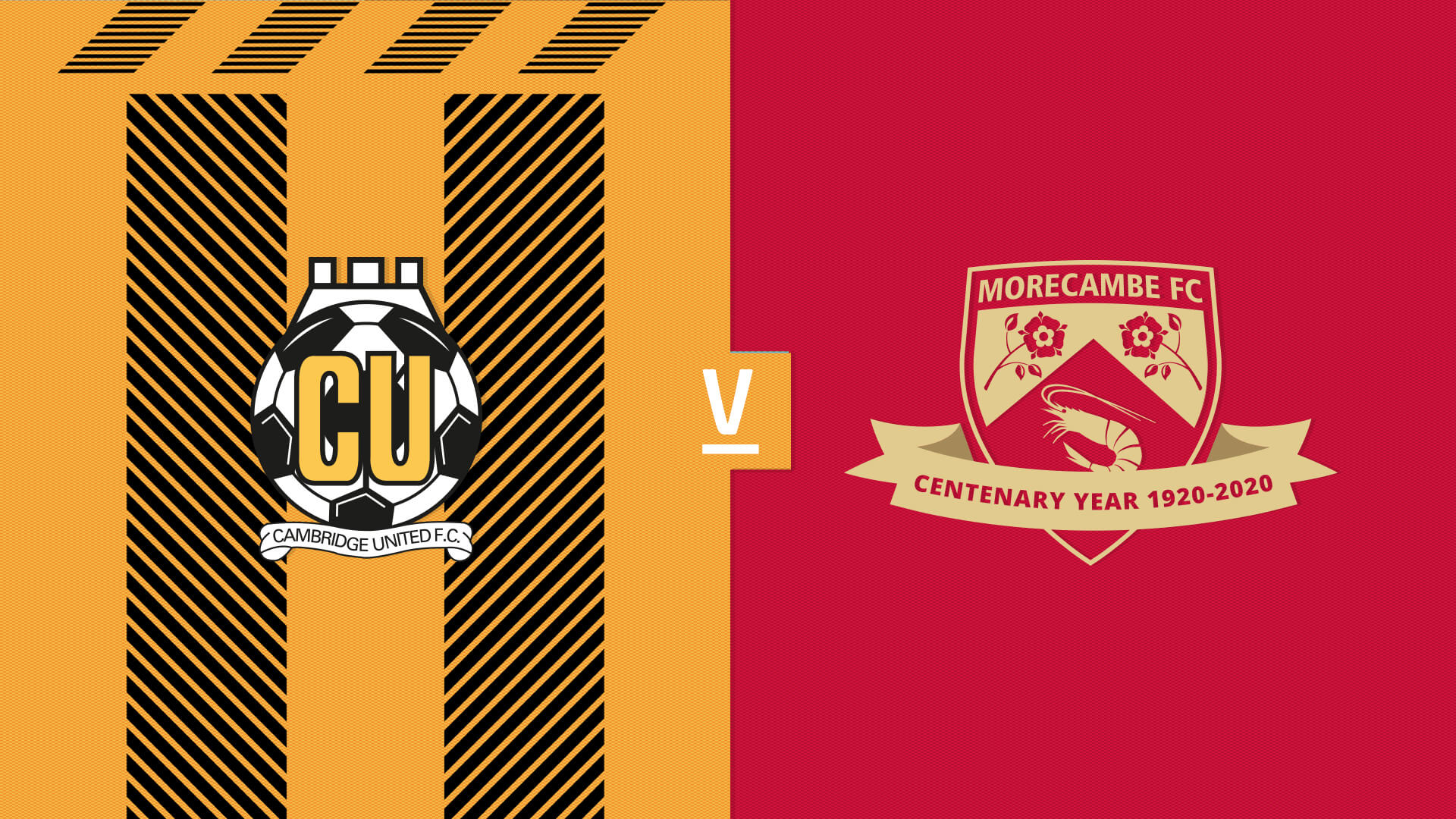 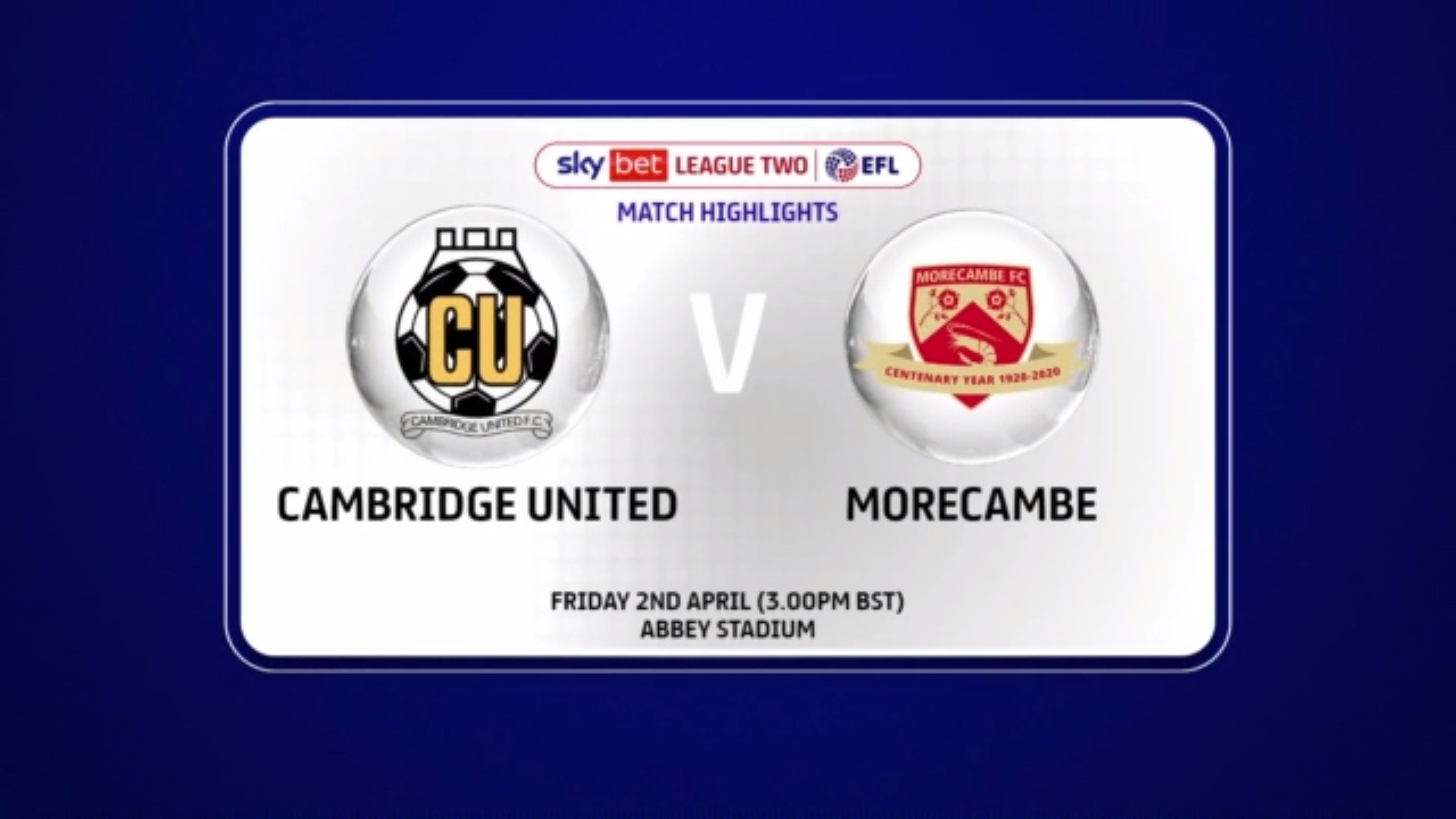 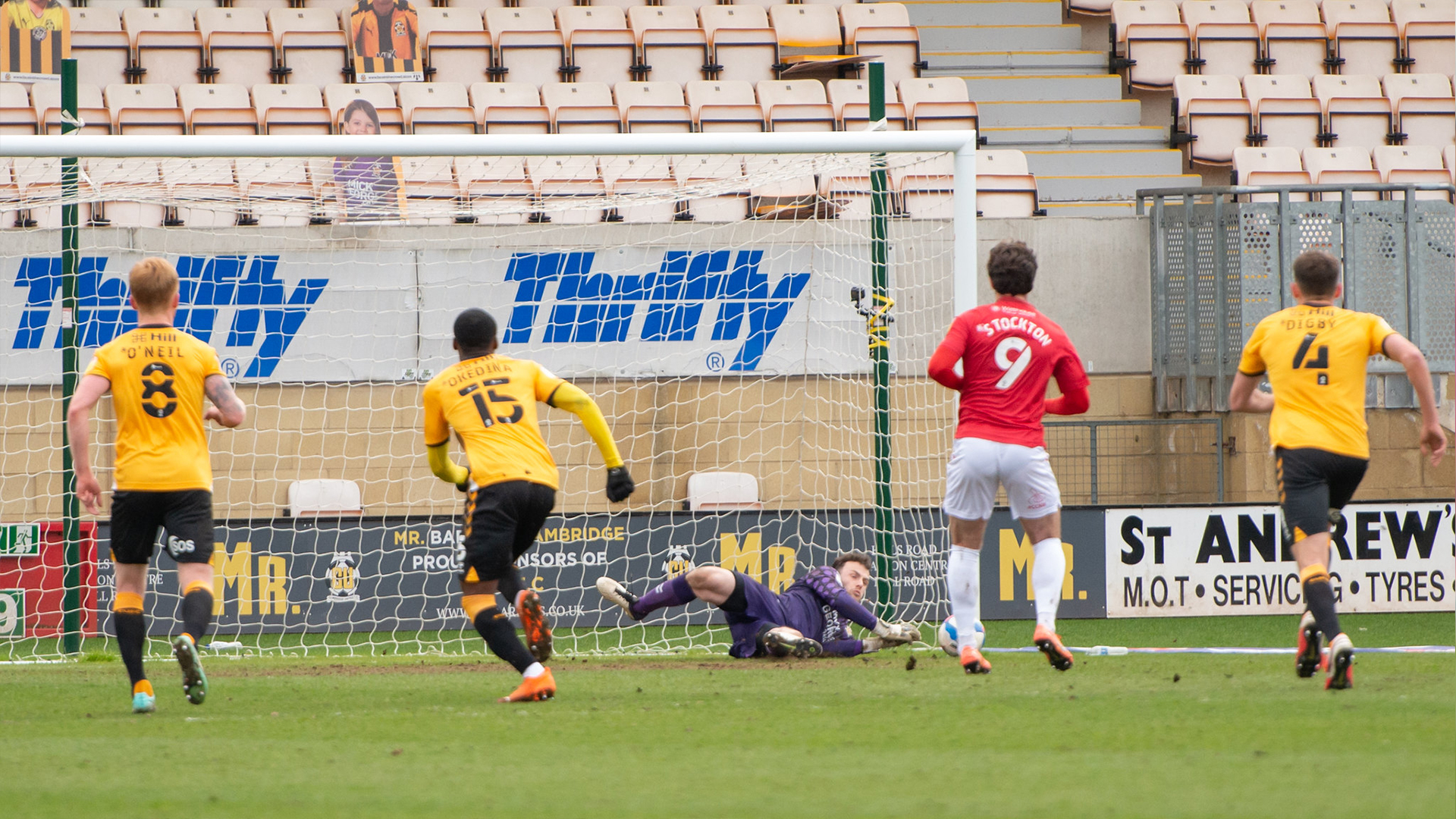