Derek Adams has named his side to face Oldham Athletic at the Mazuma Stadium today.

Morecambe made it back-to-back home wins with an impressive 4-3 win over Oldham Athletic at the Mazuma Stadium.

Goals from Aaron Wildig, Cole Stockton and a Carlos Mendes Gomes brace secured all three points against a resilient Latics side.

Derek Adams named an unchanged side from Tuesday night’s victory at home to Scunthorpe United.

The Shrimps were quick out of the blocks, creating a number of chances in the opening stages, though it didn’t take long to make one of these opportunities count.

After only five minutes, Adams’ side found themselves in front courtesy of Mendes Gomes who latched onto a delightful through ball from Kelvin Mellor and fired the ball into the inside of the post from the angle.

John O’Sullivan looked to double the advantage for the home side only three minutes later after picking up possession and driving forward before unleashing a powerful strike on goal, forcing Latics goalkeeper Laurie Walker to tip the ball over the bar.

Oldham’s first chance of note fell on 21 minutes as Davis Keillor-Dunn looked to bend one in from the edge of the box, but Kyle Letheren held the effort comfortably.

The Reds did well to absorb a spell of pressure from Keith Curle’s men as Conor McAleny picked up possession in the box after a mazy run from Keillor-Dunn, but his close range effort was met by Letheren and cleared to safety.

The visitors thought they were level on 28 minutes as McAleny’s shot from inside the box, but Mellor blocked the ball on the line.

In what was turning into quite the end-to-end affair, full-back Liam Gibson did well to drive forward five minutes later and pick out an unmarked Cole Stockton who could only fire an effort wide from nine yards out.

The pressure from the Latics eventually paid off on 39 minutes as McAleny read a ball over the top perfectly and beat Letheren to possession before chipping Morecambe’s number one from the edge of the area.

It only took three minutes for the hosts to respond, which they did in perfect fashion. Mendes Gomes this time turned provider after powering forward with the ball and picking out Wildig in front of goal who made no mistake from three yards out.

Morecambe increased their lead just before half-time courtesy of Stockton who more than made up for his earlier miss by twisting and turning inside the box and firing the ball through a crowd of bodies and into the back of the net.

Eight minutes into the second half and the Shrimps added their fourth of the afternoon. Diagouraga bamboozled the Latics defence with some excellent footwork before playing in an inch perfect pass through to Mendes Gomes who calmly slotted past Walker for his 15th goal of the season in all competitions.

This prompted a spirited response from the visitors who, after a number of missed chances, pulled one back on 78 minutes. A corner fell nicely to the feet of Borthwick-Jackson at the back post who slotted home.

Ten minutes later and the Latics added a third through Kyle Jameson whose glancing header from the corner ensured a nervy ending for Adams’ men, though the Shrimps did enough to hold on to another valuable three points at the Mazuma Stadium, their second in as many games. 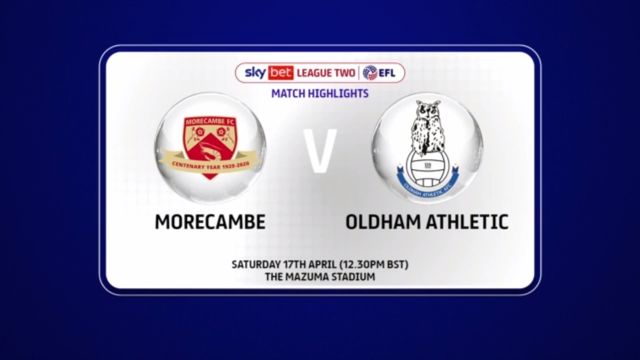 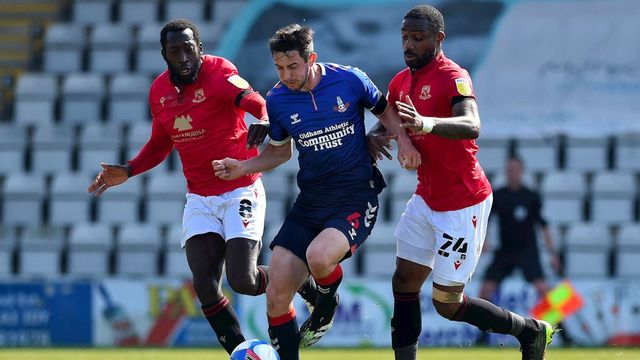