Derek Adams has named his side to face Crawley Town at the Mazuma Stadium this evening.

The Shrimps maintained their excellent home form with a fine win over Crawley Town at the Mazuma Stadium in an entertaining game.

Two second goals from Carlos Mendes Gomes helped the Shrimps to all three points after the teams turned round level at 1-1 after Cole Stockton’s fifth minute opener was cancelled out by Ashley Nadesan’s 13th minute strike.

Derek Adams made five changes to the Morecambe side beaten at Mansfield Town on Saturday with recalls for Mark Halstead, Ryan Cooney, Stephen Hendrie and Jordan Slew while Brad Lyons was handed his full debut.

The changes paid off early as the Shrimps took the lead in the fifth minute.

Mendes Gomes’ long ball was brought down by Slew and back heeled into the path of Stockton who produced a fine finish from the edge of the box.

Crawley played some neat stuff themselves with Halstead blocking Tom Nichols’ effort before they equalised in the 13th minute.

Jordan Maguire-Drew cut inside and forced Halstead into a fine save but the ball fell neatly for Nadesan who stroked home the rebound.

Nadesan had a great chance to score again three minutes later following Harry Davis’ slip but thankfully for the Shrimps his attempted lob cleared the crossbar.

The second half was end to end at the start with Crawley’s Joe McNerney heading a corner straight at Halstead inside the opening minute.

But from there the Shrimps looked the more threatening and took the lead on 59 minutes with a well worked goal. Slew exchanged passes with Stephen Hendrie and the left-back’s final cross was turned in from close range by Mendes Gomes.

The Shrimps continued to dominate with Stockton heading across goal and wide before Mendes Gomes volleyed an effort against the woodwork.

The Shrimps sealed the points five minutes from time with another Mendes Gomes goal.

The excellent Stockton forced a fine save from Morris but the ball rebounded to the midfielder to secure the victory. 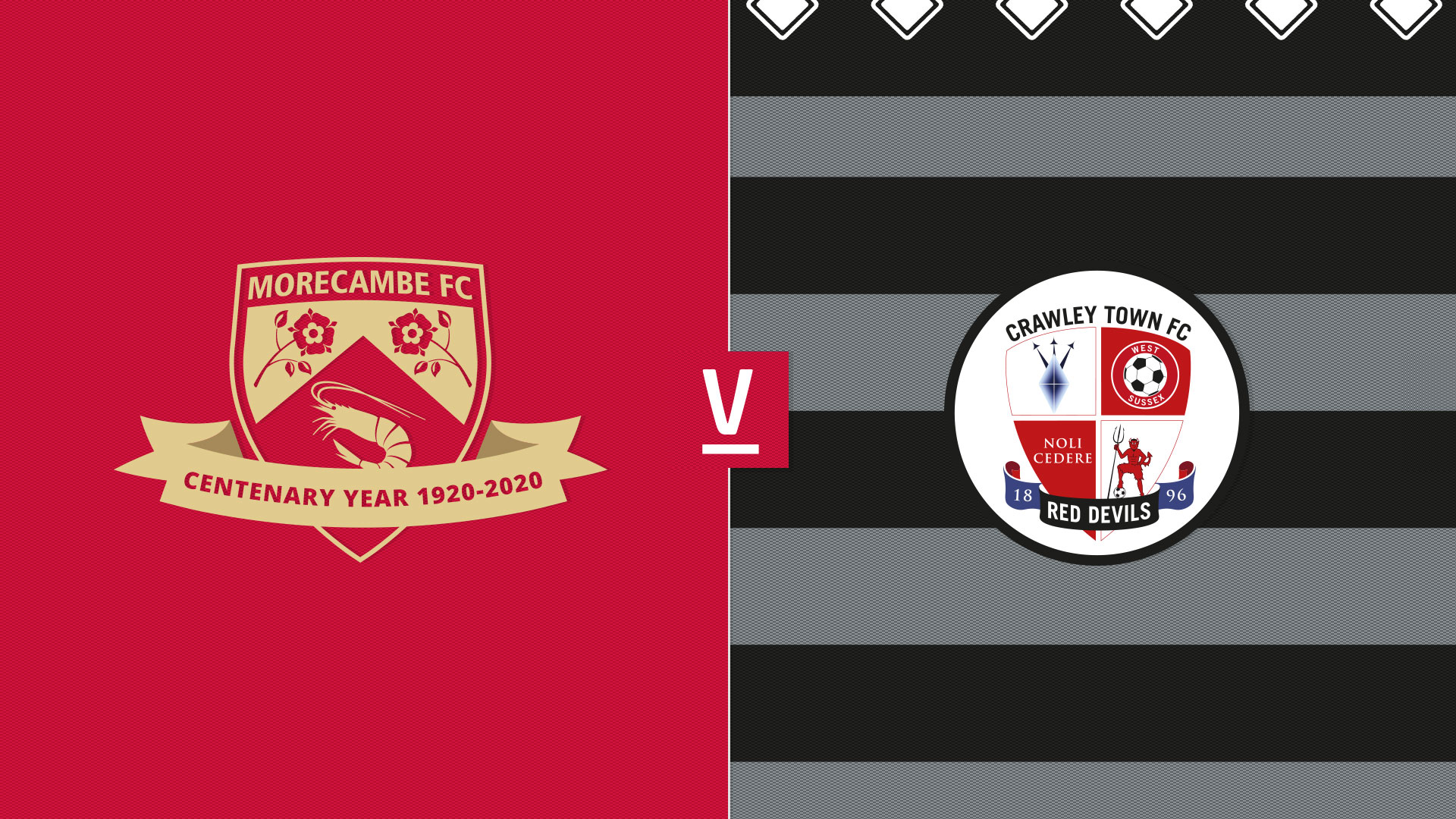 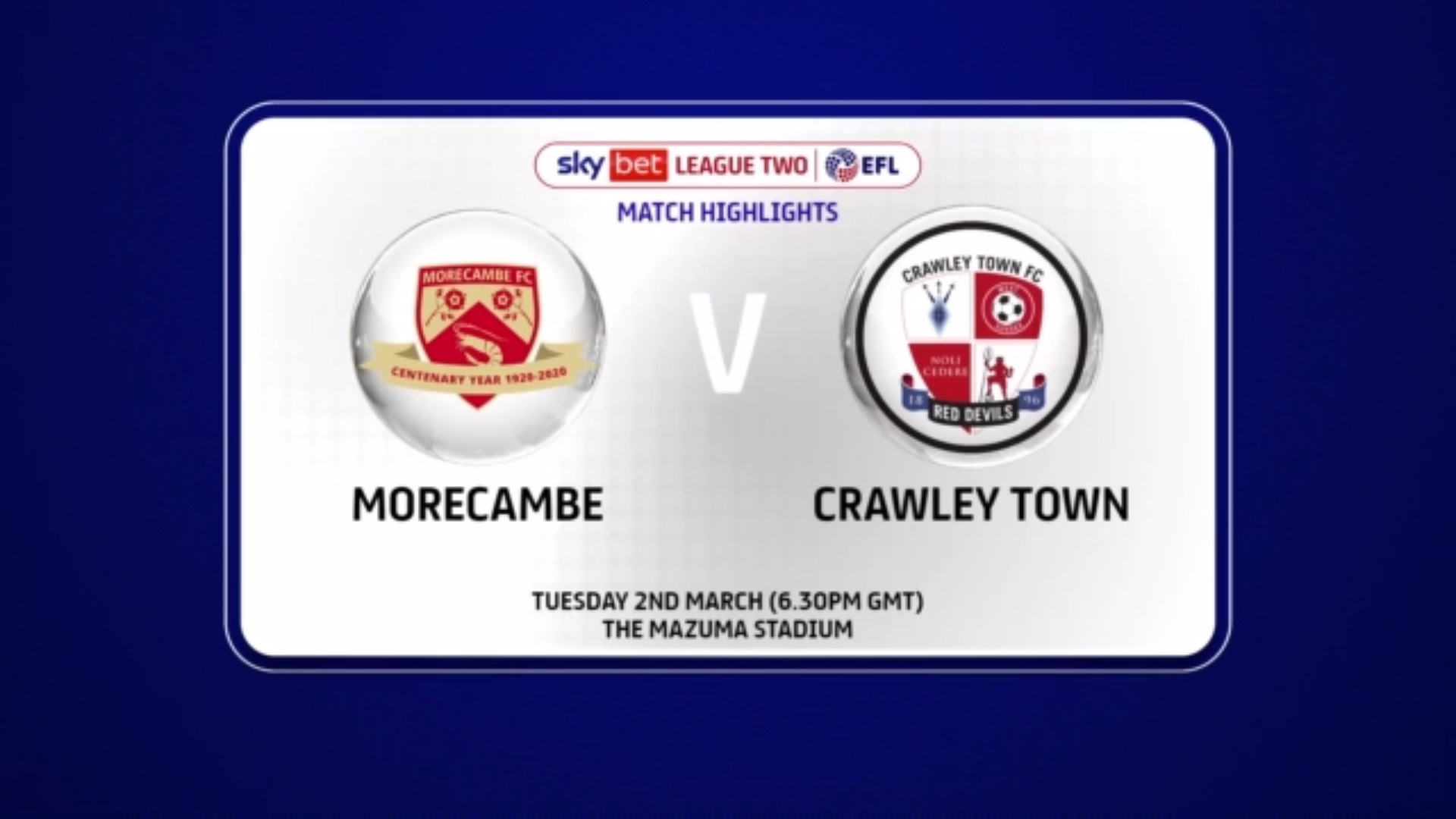 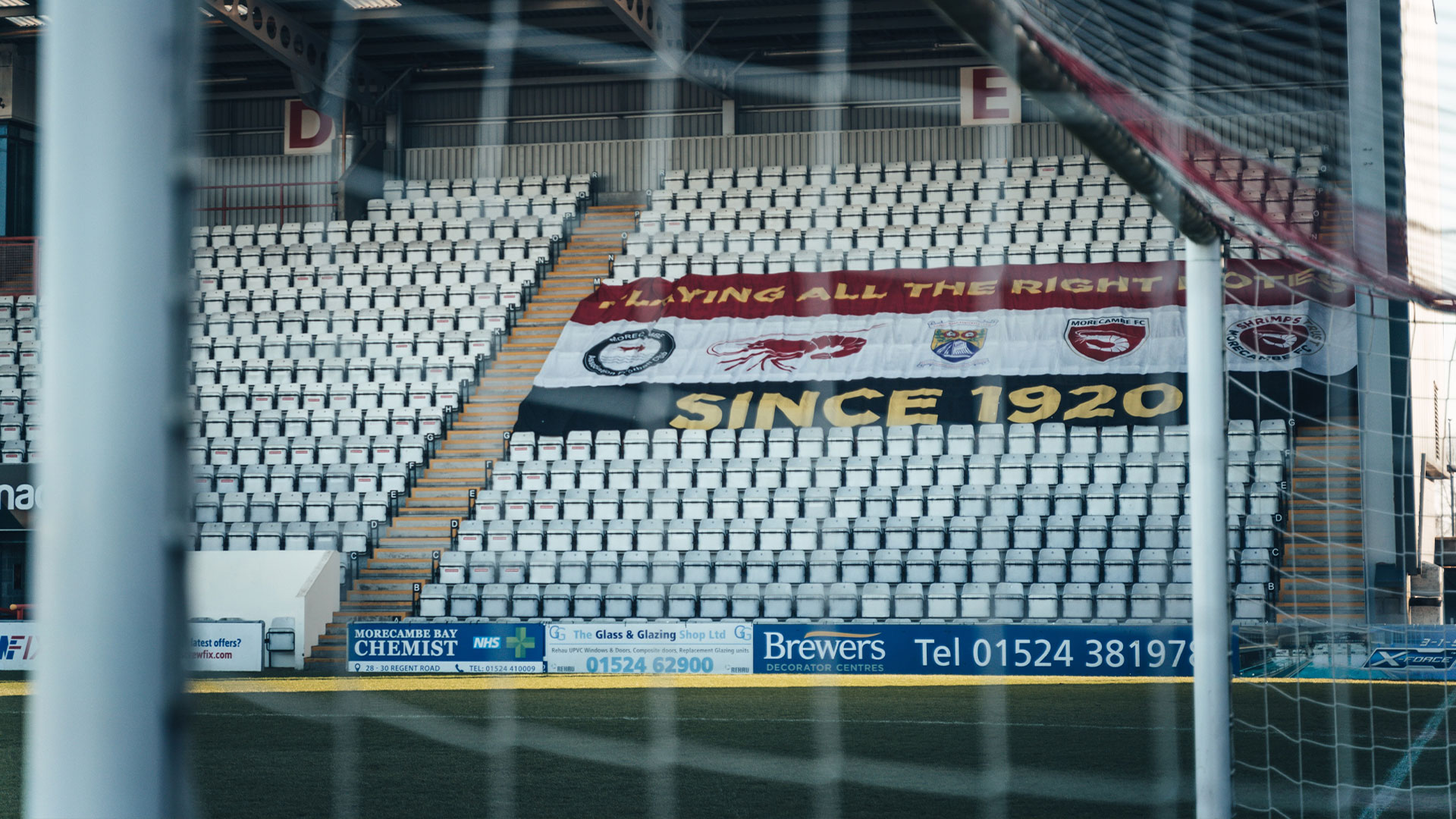