Shrimps boss Derek Adams is looking for another three points as his side host Harrogate Town at the Mazuma Stadium tomorrow afternoon.

"Harrogate have had a seamless start in League Two after coming up from the National League," said Adams.

"Simon Weaver and his team have kept much the same from last year, they have a good work ethic, a lot of players who have bought into their philosophy over the years and have done really well since getting promoted.

"We go into the game with good home form, Harrogate have done well away from home so it's a game that both teams will be looking to win.

"We're at home for the next two games now and we are certainly looking to win them both before going to Colchester next week.

"Freddie Price is out injured and we have Jordan Slew and Stephen Hendrie suspended. We do have fitness doubts over Aaron Wildig and Cole Stockton who both missed last week with injuries, otherwise everyone is fit and available."

JORDAN Slew chose the perfect time to score his first goal for the Shrimps as he earned his side a deserved point at the Mazuma Stadium.

The Shrimps trailed 1-0 with 10 minutes to go as the visitors led through an Aramide Oteh penalty in the 28th minute but Slew popped up to head home an excellent cross from young substitute Freddie Price to secure a share of the spoils.
Boss Derek Adams made one change to the side that beat Maldon and Tiptree on Sunday with Toumani Diagouraga back in the side for Ben Pringle and the Shrimps started well as Aaron Wildig’s corner was headed back across goal by Sam Lavelle but Nat Knight-Percival could only direct it straight at keeper Jamie Cumming.
Diagouraga was then involved with a 25-yard shot that drew a save from Jamie Cumming before Stevenage took a 28th-minute lead when Oteh was bundled over the in the box by Kelvin Mellor's challenge. Oteh forward picked himself to take the spot-kick and just squeezed it under Jake Turner.
With the lead Stevenage were happy to sit back in numbers with the Shrimps left looking to for in long-range efforts with Stephen Hendrie firing over and Yann Songo’o seeing a shot well blocked. The Shrimps went close to an equaliser in first-half injury time when Sam Lavelle’s header from another corner led to a desperate goal-line clearance from the Stevenage defence.
The second half opened with the visitors having a decent chance as Danny Newton got away from Lavelle but his cross to an unmarked Oteh was cleared by the excellent Knight-Percival.
The Shrimps continued to dictate possession without creating too many clear chances but it was Stevenage who had the best chance to score the first goal of the second half when Remeao Hutton got clear down the right-hand side and crossed for the unmarked Newton, who missed his kick when well placed.
Boss Adams brought on Freddie Price and Cole Stockton and the changes made the difference.
Price, making his first home league appearance, was soon in the thick of the action glancing a left-wing cross off target before providing the killer ball for the equaliser when his inswinging cross from the left-hand side was delicately headed home by Slew.
The Shrimps pressed to win the game with Mellor flashing a shot just wide of the target after a great run and Price denied a superb goal with a shot that was deflected over by Ben Coker as Morecambe ended the game on top.
Morecambe: Turner, Mellor, Knight-Percival, Lavelle, Hendrie, Diagouraga, Songo’o (Price 68), Phillips (Stockton 73), Wildig, Mendes-Gomes, Slew. Subs not used: Halstead, Davis, O’Sullivan, Pringle, Cooney.
Stevenage: Cumming, Hutton, Cuthbert, Marshall, Coker, Carter, Vincelot, Read, Pett (Dinanga 87), Oteh (List 82), Newton. Subs not used: Johnson, Prosser, Marsh, Iontton, Akinwande.
Referee: Tom Nield. 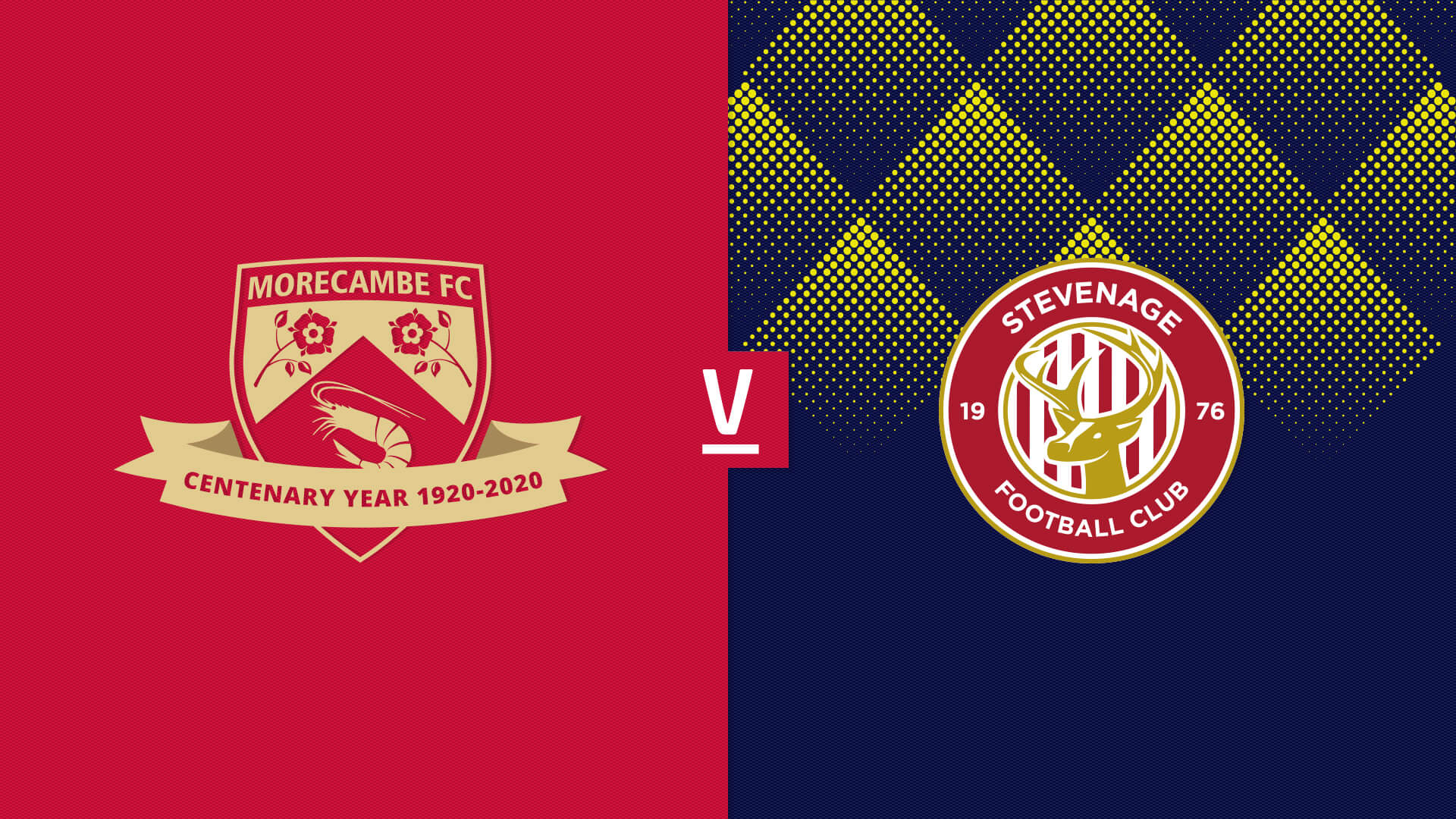 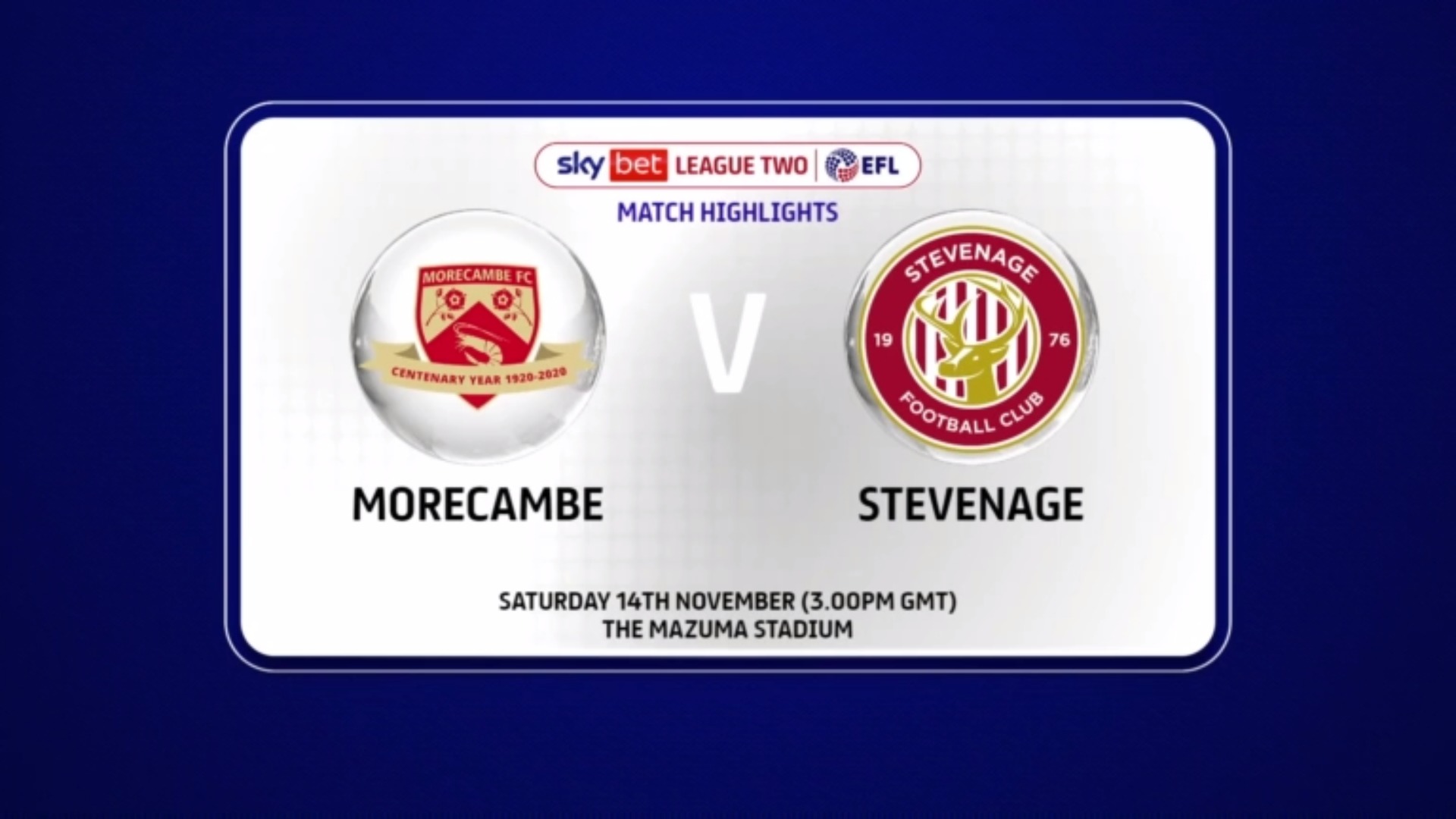 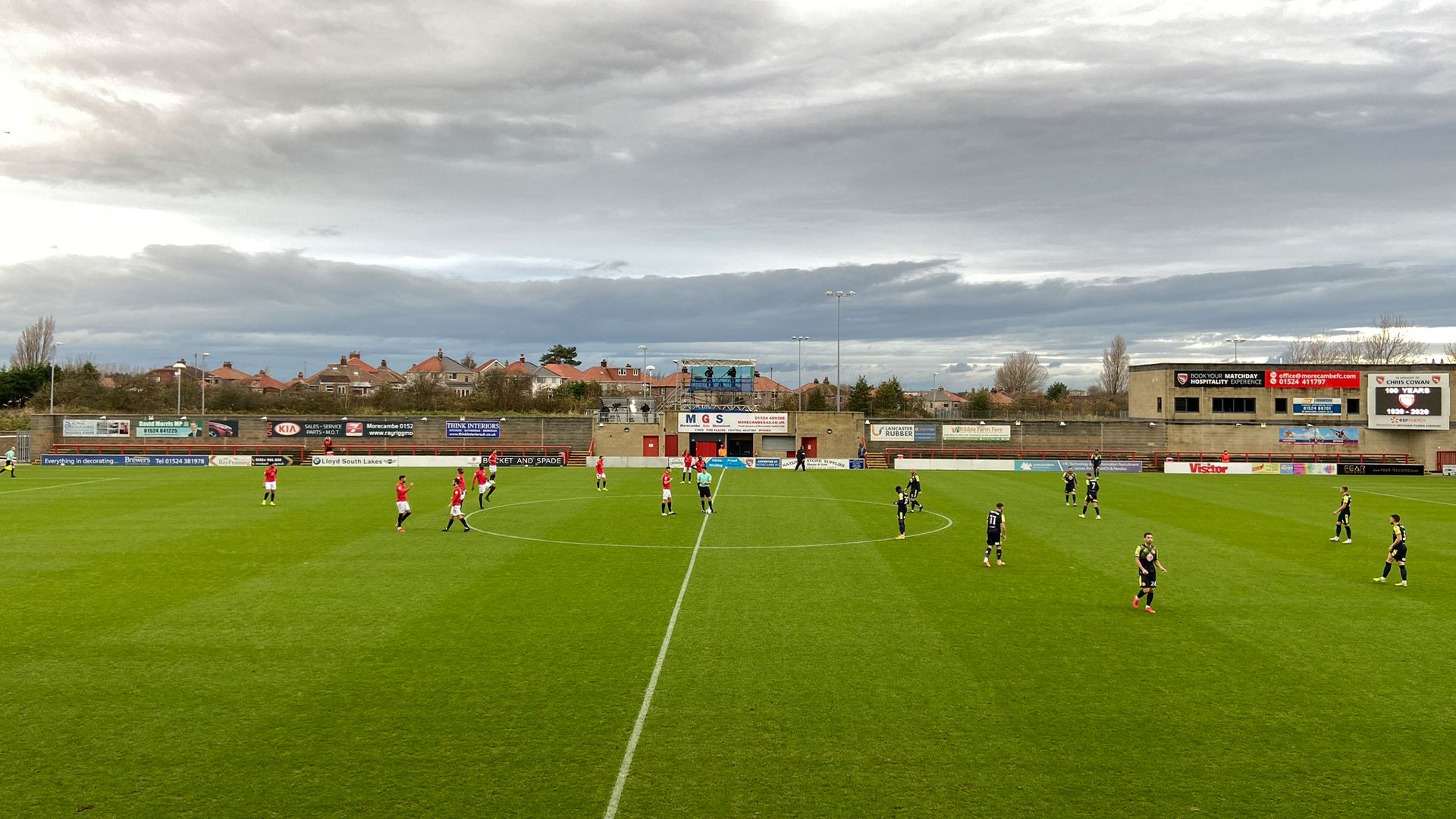