The Shrimps travel to Yorkshire for their final Papa Johns Trophy group stage game against Harrogate Town on Tuesday 18 October.

Morecambe come into the game after a 1-1 draw with Burton Albion at the weekend. The Shrimps last game in the Papa Johns Trophy was a 4-2 win against Hartlepool United on penalties at the Mazuma Stadium.

Sky Bet League Two side Harrogate Town beat Hartlepool United by two goals to one at the weekend and, in their most recent game in this competition, they were beaten on penalties by Everton U21s.

The Sulphurites currently sit fourth in Northern Group A with one point accumulated from their two group games so far. Simon Weaver's men sit 20th in the fourth tier with three wins, two draws and eight defeats after 13 league games.

The North Yorkshire outfit began life as Harrogate Hostpurs before being renamed as Harrogate Town after the Second World War. They were promoted to the EFL for the first time in their history after beating Notts County 3-1 in the 2020 National League Play-Off Final at Wembley.

Town became the first EFL club ever to win the FA Trophy when they were crowned 2019/20 Champions. The Covid-19 pandemic meant the final was pushed back to May 2021 when they eventually beat Concord Rangers at Wembley to win the competition.

The Morecambe boss says his side are aiming to win the group against Harrogate on Tuesday night.

“We’ve had two wins on penalties so far that has enabled us to get four points,” he said.

“We go to Harrogate on Tuesday night looking to win the game and hopefully top the group.

“We’ll change things around to give some others an opportunity of game time but we still want to get through in the competition.”

Forward Jack Muldoon will be one to watch within the Harrogate ranks. Muldoon has two goals and one assist in all competitions this season. The 33-year-old has been with the Sulphurites since 2018 and has scored 45 goals in 136 appearances. Last season, Muldoon racked up 14 league goals in 40 appearances.

Midfielder Alex Pattison is Harrogate’s top scorer this season with four goals in 12 appearances across all competitions. The Darlington-born midfielder started his career with Middlesbrough in 2016 and spent time on loan at York City and Yeovil Town respectively. The 25-year-old made 23 appearances for Wycombe Wanderers between 2019 and 2021 before joining Harrogate at the start of last season.

Defender Rory McArdle is one of the most experienced players in Town's squad. McArdle has experience across the EFL, including five years at Bradford City between 2012 and 2017 as well as a spell in the Scottish Premiership with Aberdeen. The 35-year-old will make his 650th career appearance if he features against the Shrimps on Tuesday night.

Darren Drysdale will take charge of the fixture and will be assisted by Steve Rushton and Jake Topp with Dane McCarrick taking the role of fourth official.

Drysdale has taken charge of two Papa John’s Trophy contests already this season, as well as three games in League One and four in League Two.

The official refereed two Morecambe games last season, most recently a 5-0 defeat to Shrewsbury in March as well as the Shrimps' memorable 2-1 win over Fleetwood Town last November.

iFollow
After teaming up with Beyond Radio for the 2022/23 season, supporters will be able to listen to exclusive, full and uninterrupted radio commentary of every single game, home and away, which will be broadcast simultaneously on 103.5FM, 107.5FM and DAB+ digital radio across North Lancashire and South Cumbria as well as on the iFollow Shrimps platform.
Lead commentator Dave Salmon will be on hand to describe the action, and video passes will be available for £10.
As well as full match commentary, the ‘Shrimps Verdict’ podcast will be available post-match, featuring online, on demand content, including audio match highlights, post-match interviews and reaction, and much more!

Morecambe progress to the next stage of the Papa Johns Trophy despite losing late against Harrogate Town.

The Shrimps started the game perfectly, and it was youngster Adam Mayor who fired his side ahead with his first senior goal.

Mayor reacted quickest to a defensive error in the Harrogate box and struck on the turn from close range, leaving Mark Oxley no change in the hosts’ goal.

Nine minutes later and it was very nearly two, after Kieran Phillips found himself closing down on goal, but his resulting chip failed to find its intended target.

Arthur Gnahoua came close to doubling Morecambe’s advantage on 14 minutes, his powerful strike from inside the box on the right stung the palms of Oxley, who did well to turn it behind for a corner.

Town’s first real chance of note came on 19 minutes, when Tyler Frost found space to run into, but his eventual strike from distance was comfortably collected by Adam Smith.

The hosts found an equaliser nine minutes later through Finn O’Boyle who struck home a powerful effort following a scramble in the Morecambe box.

Moments after the half-hour mark, Phillips timed his run to perfection and managed to round Oxley, but his effort on goal was deflected behind.

In what was an even start to the second half, the Shrimps looked to get in behind the Harrogate defence on 52 minutes, but Lewis Richards’ last minute tackle was timed to perfection to deny Morecambe’s attack developing further.

Just past the hour mark, Matty Daly picked up possession and ran at the Morecambe defence before cutting inside and unleashing an effort on goal, though Anthony O’Connor did well with the block.

Moments later and Sam Folarin picked up the ball to the left of the Shrimps box, but his effort was too tame to test Smith.

It was Folarin again who should’ve fired Harrogate in front, but his effort from close range was blasted over the bar on 69 minutes.

10 minutes from time and O’Boyle came close to adding his, and Harrogate’s, second of the evening, but a last-second interception by Anthony O’Connor denied the youngster.

Shortly afterwards and it was Derek Adams’ men who came close taking the lead; Jacob Bedeau played an inch perfect pass into the path of Phillips, but the striker was unable to find the target.

Five minutes before time and it was Morecambe again who came agonisingly close to claiming maximum points, Mayor broke through down the left, his effort was blocked and the resulting cross into the mix was met by Phillips, whose header cannoned back off the crossbar.

The hosts won the game following a late corner where Welch-Hayes reacted quickest to prod the ball home in the dying moments.

Tickets for our Papa John's Trophy fixture away to Harrogate Town on Tuesday 18 October are now on sale.

Prices and on-sale dates for the game can be found below:

**All children under the age of 5 are free of charge with one paying adult.

Supporters must note that they must return the ticket for the fixture to receive a refund.

There will be no match day sales from Harrogate Town on the day, all tickets are to be purchased in advance from Morecambe FC.

If you do wish to purchase on the day, you will need to do this online via the Harrogate Town website and create an online ticketing account direct with them.

We encourage all Morecambe FC supporters to buy in advance.

Anyone who doesn’t receive their tickets in time for the fixture, through the post, must contact tickets@morecambefc.com or call the Club Shop on 01524 411797 (ext 3) in advance of Monday 17 October at 5pm.

There is no minibus and coach parking or drop offs available at Harrogate Town directly outside the Stadium.

All minibuses and coaches are asked to park at the Harrogate Sports and Fitness Centre with supporters to walk from there [around 15-minutes, 0.9 miles].

Any minibuses or coaches with disabled supporters on board are allowed to drop off at the bus stop outside the Willow Tree School.

To park a coach, it is £20 and a minibus is £15, payment must be paid in advance (before 12pm on the day of the game) to the following bank account, with proof of payment shown at the point of parking. No credit cards will be accepted on arrival.

There is no parking available on-site for cars. 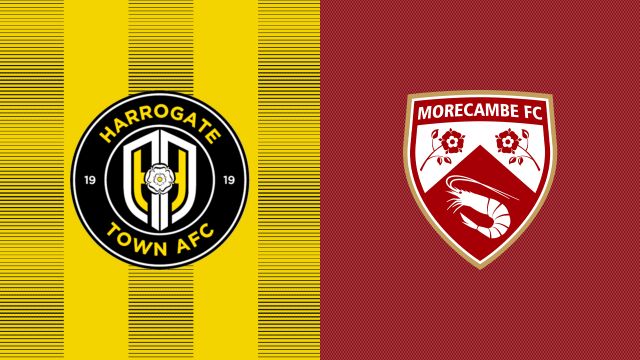 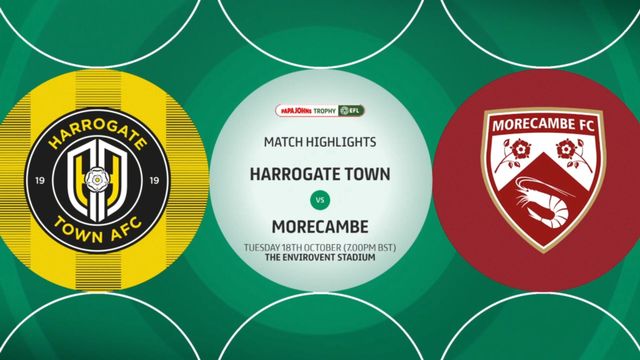 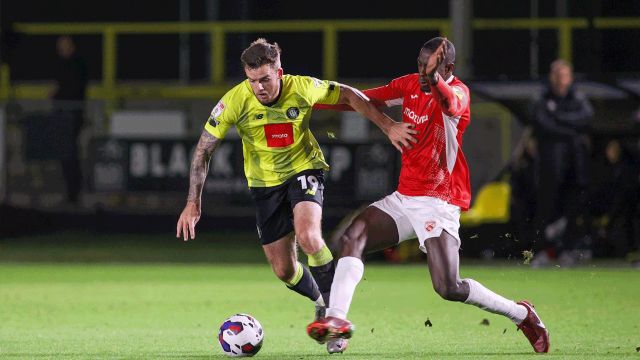