The Shrimps host Lincoln City on Saturday afternoon as Jim Bentley looks to make it 7 points from 3 games at the Globe Arena this week.

Lincoln make the journey accross the pennines in good form after 2 consecutive 3-1 victories and 10 points from their last 6 games.

Danny Cowley’s side sit 10 league places above Morecambe in 8th while they look to reach the play-offs in their first season back in the EFL. Jim Bentley’s side are in good form themselves, having taken 9 points from their last 6 games.

Morecambe’s recent form has seen them climb away from the bottom 2 and currently sit 9 points clear of the relegation zone.

Jim Bentley is hoping his side can finish the season strongly and put more space between them and danger; “The bottom end of the division is tight, from Yeovil down to Barnet is like a mini-league. There’s a couple teams mid-table who have nothing to play for, then there's the top bracket who are chasing promotion.

“We’ve done well to get ourselves right on the tail of Yeovil and we want to try and pull them back and then if we can, start looking at the teams ahead of them.

“There’s plenty to be proud of but there’s still plenty of work to be done. We want to finish the season strong and get as high as we can.”

Max Müller’s setback (back) will keep him from making his return to the squad but Kevin Ellison has recovered from his hamstring injury and is likely to feature, whilst Steven Old is pushing to get into the starting line-up after spending Tuesday night on the substitutes bench.

Lincoln will likely stick with their winning line-up from the last 2 games. After the disappointing 4-1 defeat at Crewe Danny Cowley reverted to a 4-3-3 system, using the same personnel throughout the last 3 games with the exception of skipper Luke Waterfall who was sent off in the draw at Mansfield.

Matt Rhead will lead the attack with Matt Green and Rochdale loanee Jordan Williams playing off the target man. 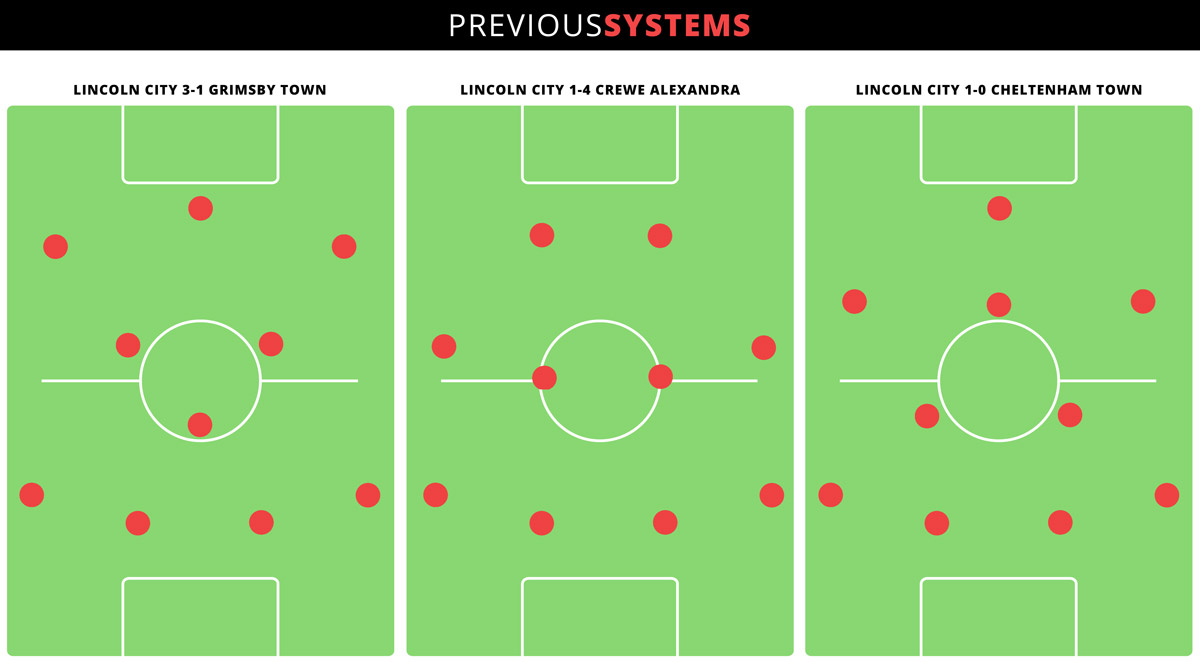