There was 'press conference' with a difference at Globe Arena, as boys from the Academy met with some of the club’s Under 18 scholars to learn about the life of a football apprentice.

The Under 9 to Under 12 players are part of the foundation phase, signed to the club’s Category 3 academy.  The boys train with the club during the week and play in the EFL schoolboy games programme at weekends.

The aim for the young Shrimps is to achieve a 2 year football scholarship when the leave school and then work towards the opportunity of a professional contract.

Two of the current scholars volunteered to be quizzed by the boys; answering a range of questions about their careers to date and offering advice for managing life as a young footballer.

Ibrahim Bakare and Cole Edwards are in the second year of their scholarships at Morecambe. Bakare was awarded a professional contract in July and made his first team debut in pre-season.

The youth players fielded questions on topics including training, diet, education, living away from home and making the transition to full-time football. 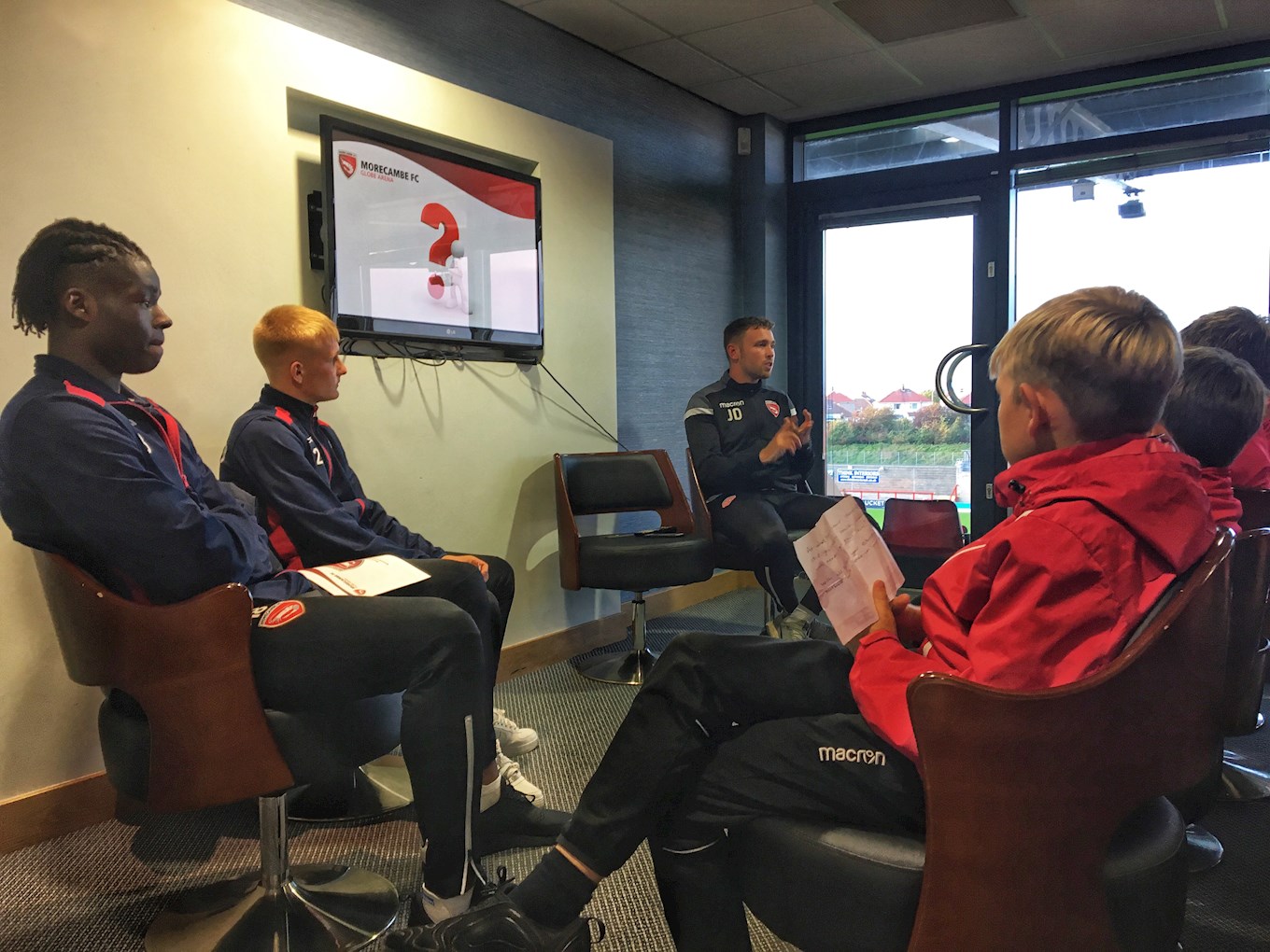 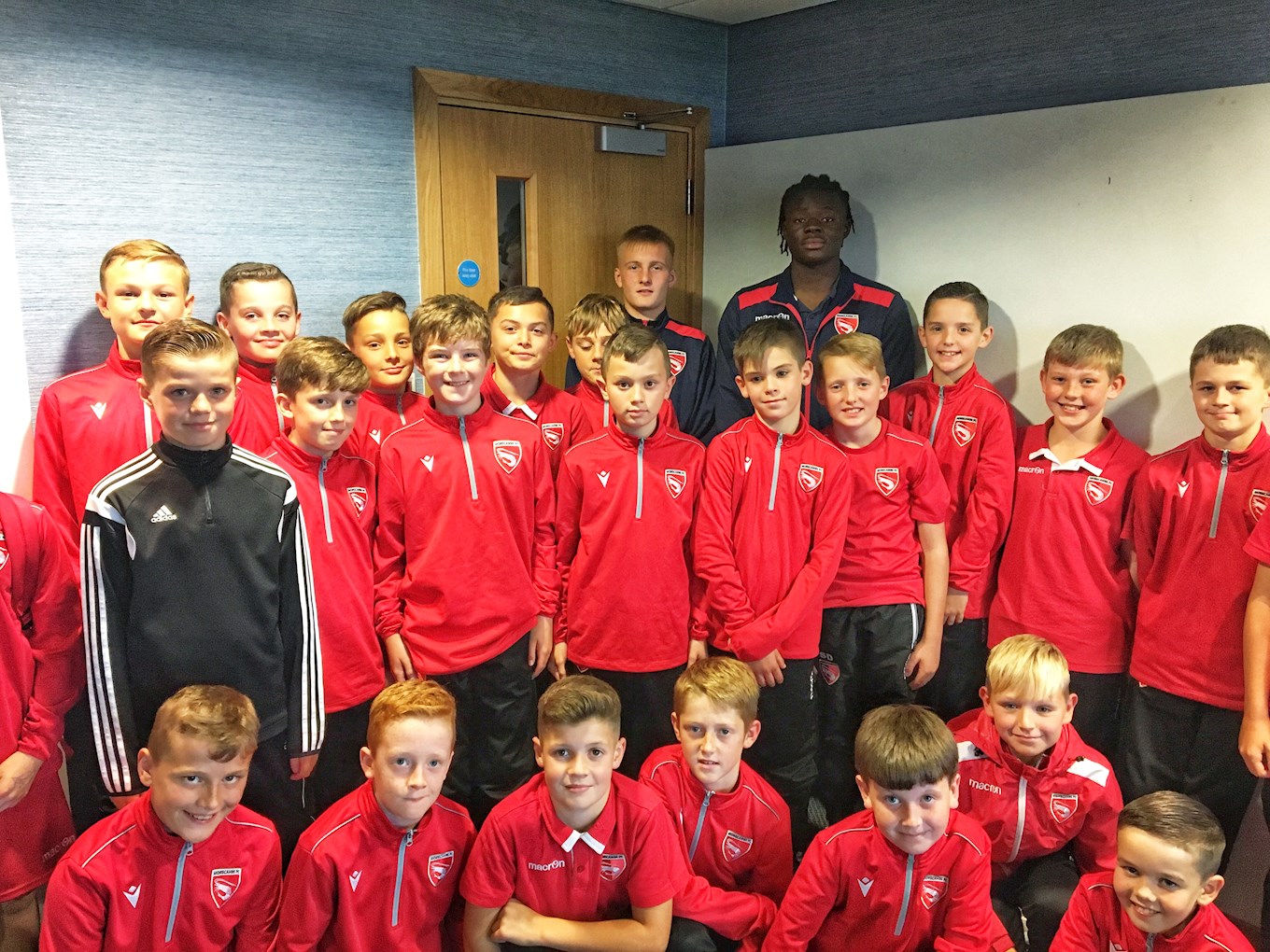 Academy Foundation Phase Lead, James Dunn said “The boys really enjoyed the opportunity to meet Ibra and Cole and put questions to them.

“The scholars are further along the pathway that our youngsters hope to follow and it was interesting for them to hear the about their journey and pick up tips that will help with their own development.

“Who knows, some of the young boys listening to Ibra and Cole today, may be signing up as scholars themselves in a few years.”