MORECAMBE boss Derek Adams was happy with his side’s performance against Colchester and felt his side did enough to win the game.

Adams said: “I thought it was a game we probably deserved to win. Overall I think we had more opportunities on goal than Colchester and we were unfortunate to go 1-0 down when they got a throw that wasn’t theirs, took it quickly to get in a good cross and get a goal.

“They started to waste time after that and the game did become a bit frustrating for a while.

“But we took the game to them in the second half, we turned the tide and we were able to get at them. 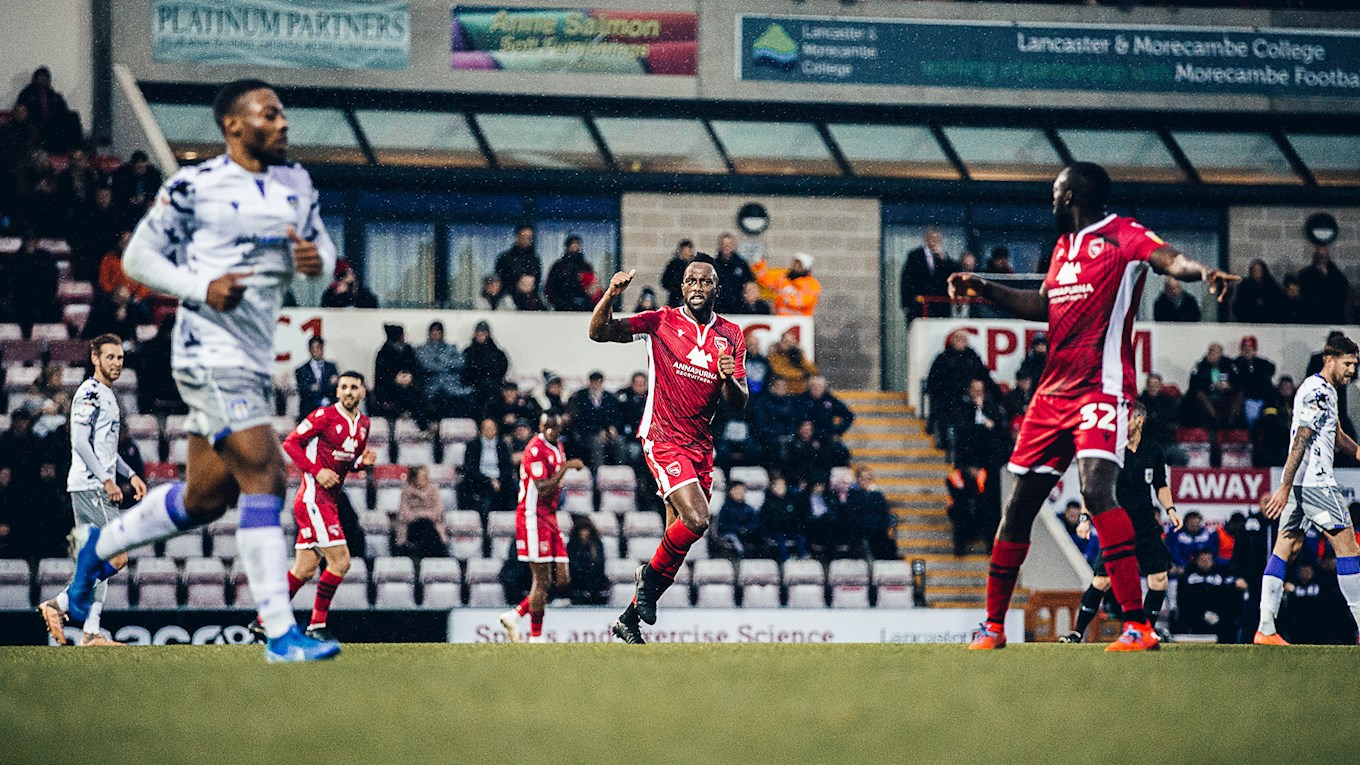 “We had good opportunities, we were in their 18-yard box quite a bit and we got the goal we deserved when we finished off with a great ball from John O’Sullivan and a header from Adam Phillips.

“From then on, there was only one team going to win the match and it was us, we just have to find that killer instinct in the final third to get the goals.

“I think our build-up play was good again though and I thought, over the 90 minutes, it was a very good performance.”