Morecambe Football Club have secured the signing of goalkeeper Connor Ripley on a one-year-deal following his release from Sky Bet Championship side Preston North End.

The 29-year-old spent three-and-a-half years at Deepdale after signing from Middlesbrough in January 2019 for an undisclosed fee, he will join the Shrimps officially on July 1 when his contract with Ryan Lowe’s side expires.

Ripley made his debut for North End on 27 April 2019 against Sheffield Wednesday, before keeping his place for the final game of the 2018/19 campaign against Brentford.

He played four cup games in the following season, and then featured once in the Championship in 2020/21 following an injury to their first-choice keeper.

The Middlesbrough-born ‘keeper joined Salford City on an emergency loan in October 2021 initially just for a week, but went on to extend his deal with the Ammies, making nine appearances and keeping four clean sheets.

Ripley has had plenty of loan spells during his career, spending time with the likes of Accrington Stanley, Bradford City, Burton Albion, Bury, Motherwell, Östersund and Oxford United.

Before Stanley, Ripley enjoyed a successful loan at Oldham Athletic and was named in the Sky Bet League One Team of the Season for the 2016/17 campaign.

After signing for the Shrimps, Ripley said: “I am delighted to get the deal done, and I am really looking forward to seeing what lies ahead for me here.

“Barry Roche give me a message a few months back to ask what my plans were at the end of the season but nothing really come of it, but Greg Strong was a big part of me signing here, he called me up and sold me the vision.

“There were a few football clubs interested in myself from Scotland and here in England as well, teams in League Two, League One and the Championship.

“Morecambe have pushed the boat a bit more for me than anyone else did and that was one of the main reasons why I signed, they made it easier for me to sign as they were the ones that made me feel wanted.

“I know a few of the players in the dressing room already, I played with Ousmane [Fane] and Ryan [McLaughlin] at Oldham and Donald [Love] at Salford, so that always helps when you are going into a new club, seeing familiar faces which can help you settle in easier.

“My family are settled in the area, I’ve played for a few clubs in the region now and I might be from Middlesbrough originally but I lived Clitheroe when I was younger.

“League One is a really tough league and I am here to make a difference if I can, I came here to play games and get as many under my belt as possible, nothing is guaranteed, I will work as hard as anybody and I will be on my toes from the off.” 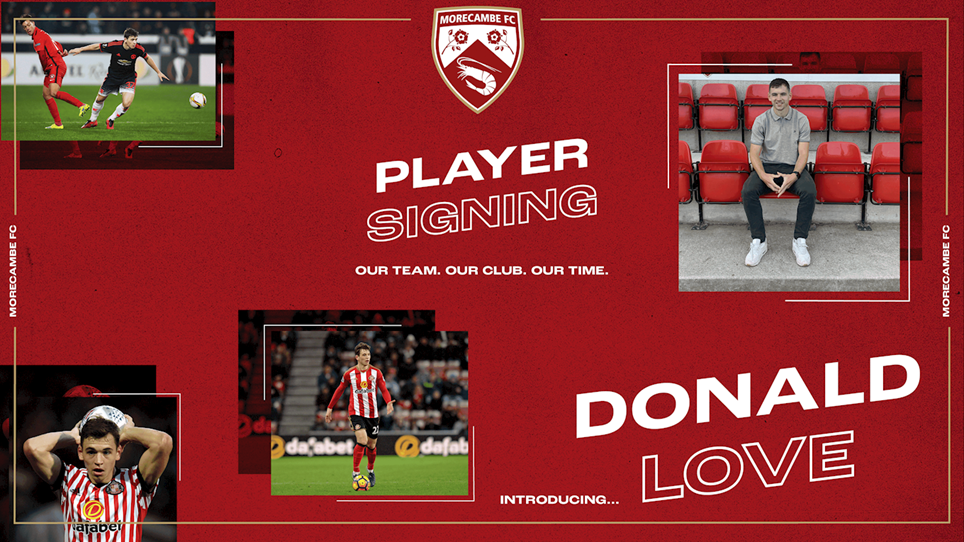 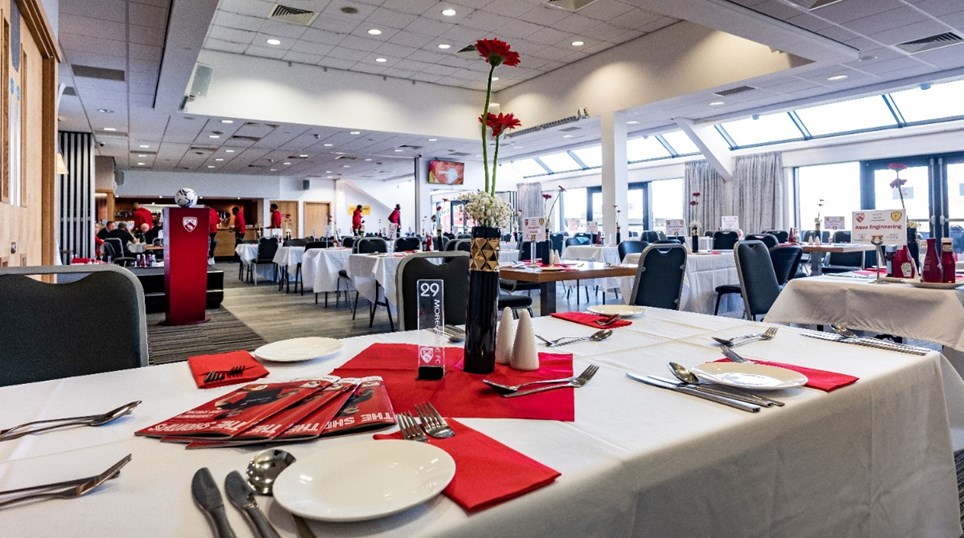 
Come and join us for our award winning Matchday Hospitality in the Local Choice Suite as we entertain our Lancashire neighbours Fleetwood Town in Sky Bet League One on Saturday 13 August 2022. 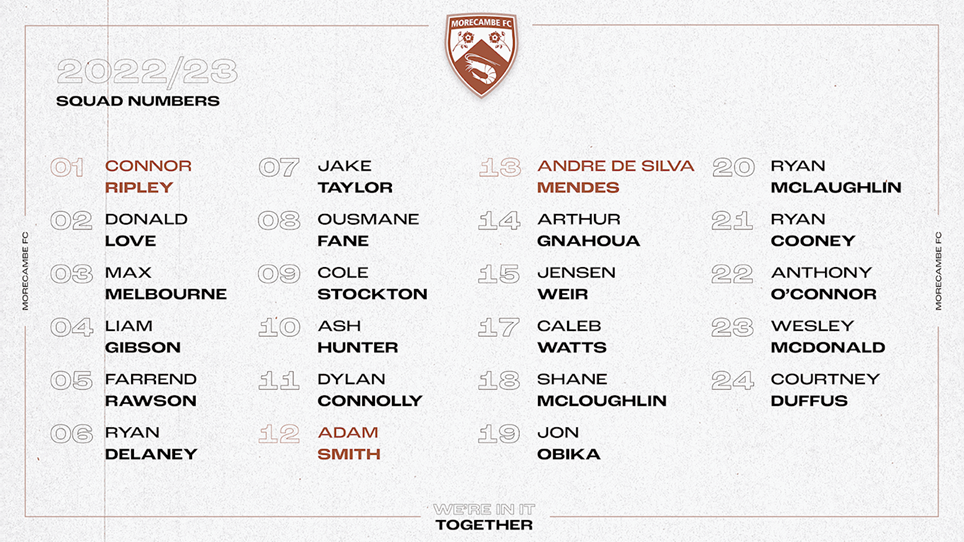 
Morecambe Football Club can confirm the first-team squad numbers for our 2022/23 Sky Bet League One campaign.