Morecambe begin their Emirates FA Cup campaign on Friday night as they travel to Hillsborough to face Sheffield Wednesday in the first round.

The Shrimps reached the third round of the competition last season, thanks to wins against Newport and Buxton, before a memorable third round tie at Tottenham Hotspur, where they were knocked out in a 3-1 defeat.

Derek Adams side come into this game following the midweek draw with Derby County on Tuesday night, where Connor Ripley made two penalty saves to help earn his side a point.

Sheffield Wednesday were knocked out of the FA Cup in the first round last season after a 3-0 defeat to Plymouth in a replay. The Owls last outing was a 4-2 win against Burton Albion on Saturday in Sky Bet League One, which saw Darren Moore's men climb to third in the table.

The Opposition
Sheffield Wednesday currently have ten wins, four draws and three defeats after 17 league games, and sit three points off of the automatic promotion places.

Wednesday are managed by Darren Moore who began his managerial career with West Brom in 2018. The 48-year-old took caretaker charge of the Baggies following the dismissal of Alan Pardew. Moore was relieved of his duties by West Brom in March 2019 and joined Doncaster Rovers where he stayed for two years before he was appointed Sheffield Wednesday manager in March 2021.

Key Players
Midfielder Barry Bannan has been at the centre of the Owls success in front of goal this season. The Scotsman has racked up four goals and five assists so far in the current campaign. Bannan put in a man of the match performance at the weekend when he scored a goal and got an assist for his side against Burton. The midfielder will make his 300th league appearance next weekend if he features in Wednesday’s clash with Accrington Stanley on 12 November.

The Owls also have experienced striker Lee Gregory in their ranks. Like Bannan, Gregory has four league goals so far this season. The 34-year-old spent time at Mansfield and Halifax before he joined Millwall in 2014 where he stayed for five years scoring 64 goals in 204 appearances at The Den. Since leaving London, Gregory spent time at Stoke and Derby before moving to Sheffield in 2021.

Winger Mallik Wilks has provided plenty of creativity for Darren Moore’s side this season. Wilks has three assists so far and scored his first goal of the season against Burton at the weekend. Despite being 23-years-old, the winger can also play as a striker and already has plenty of experience in the EFL. The Leeds-born attacker spent time with Accrington, Grimsby and Doncaster before permanently signing for Barnsley in 2019. Wilks then spent two years with Hull before joining Wednesday in the summer.

Team News
Donald Love will be back in contention for selection after serving a one match suspension for picking up his fifth booking of the season against Wycombe.

The Shrimps are without Ash Hunter and Courtney Duffus for the long-term, while Max Melbourne and Jake Taylor are close to a return but will not be available on Friday.

Meet The Officials
Sunny Gill will take charge of Friday night’s game and will be assisted by Ian Smedley and Thomas Harty with Michael Barlow appointed as the fourth official.

Gill is currently refereeing his first season in the EFL and has taken charge of 13 games so far, seven in League Two, four in the Papa John’s Trophy and two in League One.

The official made history at the start of this season when he became the first South Asian referee to be promoted to the EFL since his Dad, Jarnail, in 2010. Friday night will be the first time Gill has refereed a Shrimps game.

Admission
Tickets are available to purchase from the stadium at cash only turnstiles.

Listen Live
Dave Salmon and Matt Smith will provide live commentary of the match over on Beyond Radio from 7:30pm. 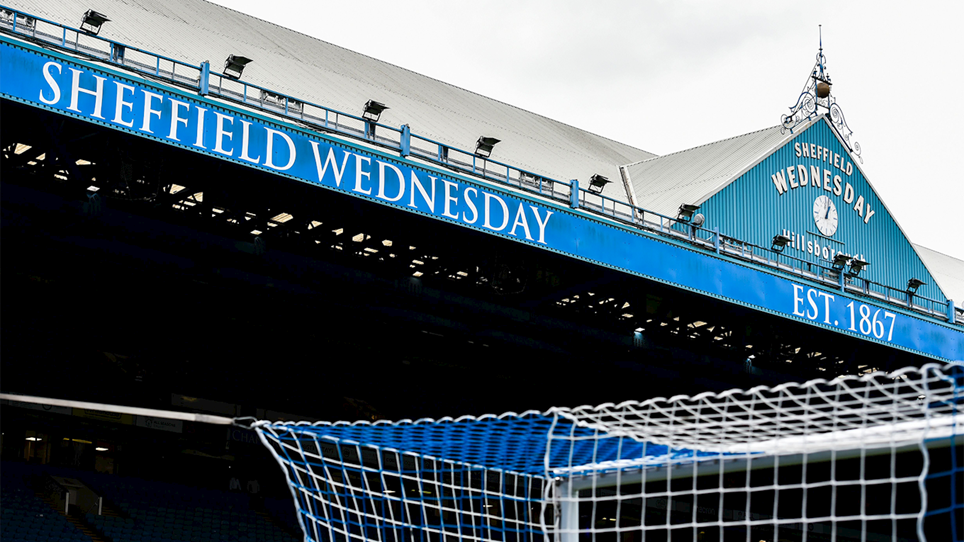 The Shrimps travel to Hillsborough in FA Cup opener


The Shrimps have been drawn away to Sheffield Wednesday in the FA Cup First Round. 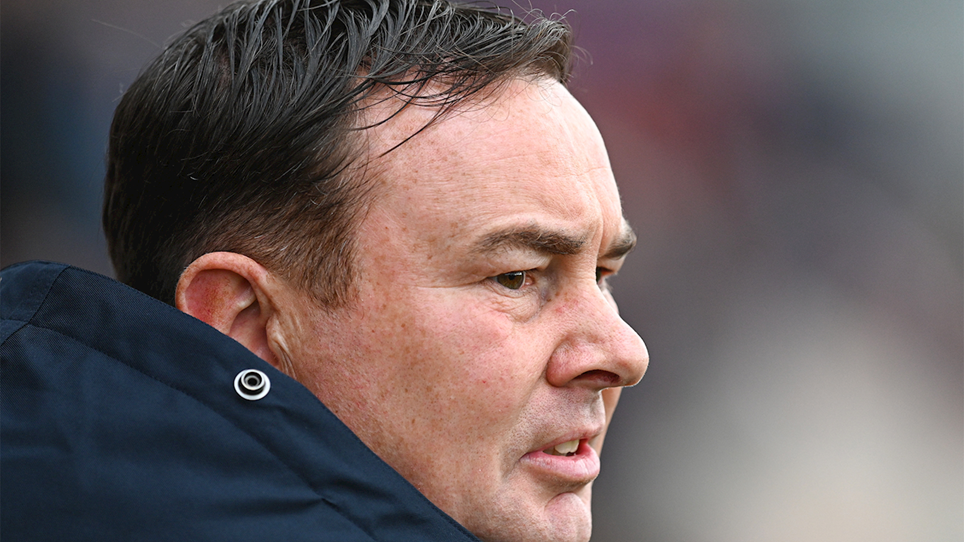 Adams | We Must Replicate Recent Performances


Derek Adams says the Shrimps must perform against Sheffield Wednesday like they did against Barnsley, Wycombe Wanderers and Derby County recently. 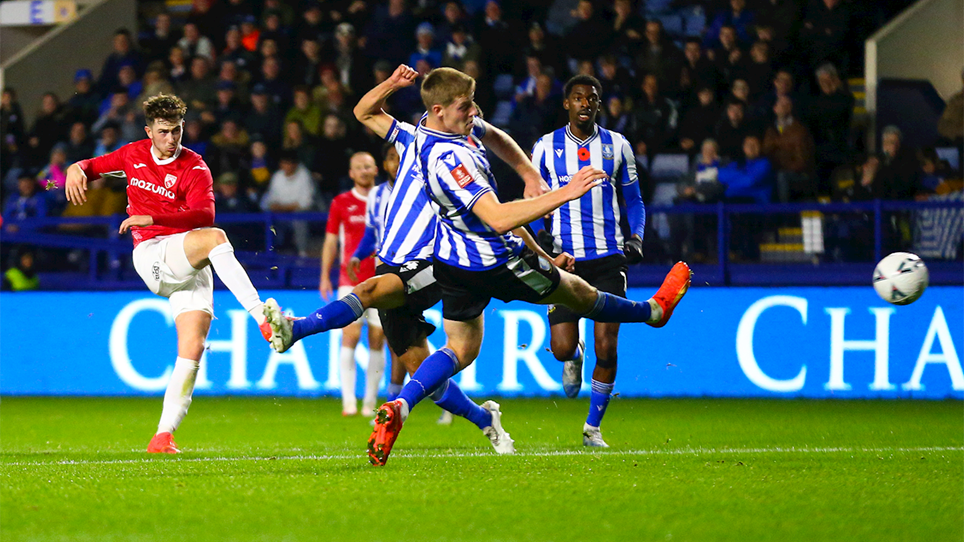 
The Shrimps bowed out of the 2022/23 Emirates FA Cup in the first round following defeat at the hands of Sheffield Wednesday at Hillsborough. 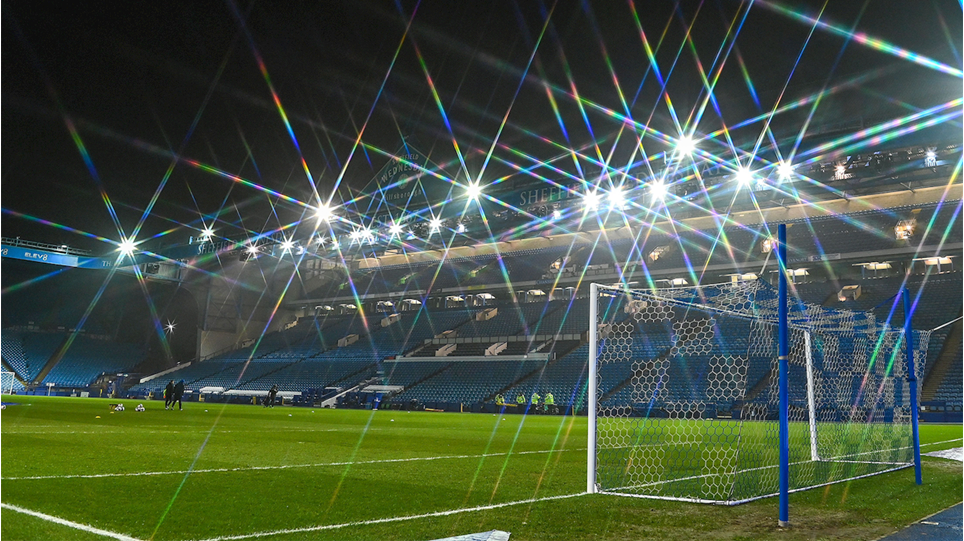